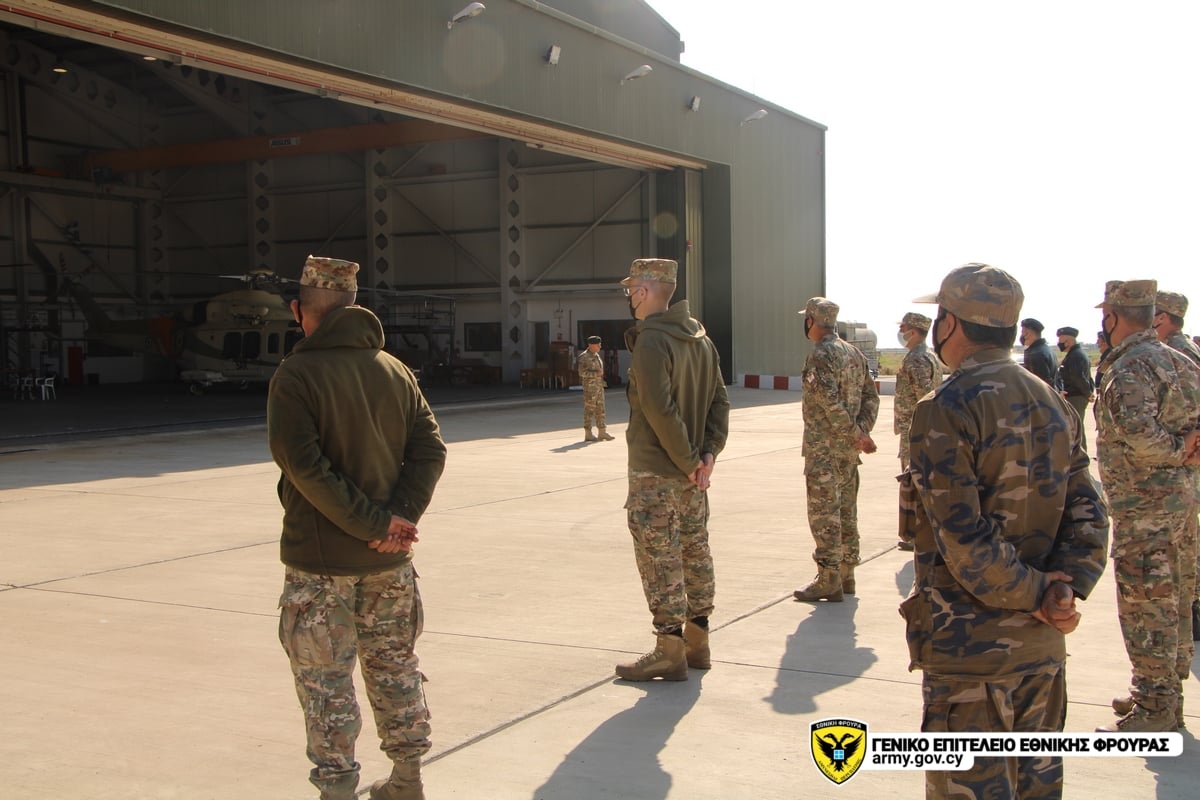 The response from those interested in being recruited in the ranks of the National Guard as Professional Soldiers (SYOP) has been immense.

The announcement of vacancies on 07/12 was completed on 23/12 and, according to information obtained by our page, 1224 interested parties have applied.

The available positions of SYOP, which the Ministry of Defence wants to fill, are around 100; however, it is not ruled out that this number may increase slightly depending on the needs that constantly arise.

The SYOP recruitment process will continue with the Health Examination for which the candidates will be notified via e-mail and/or SMS. Candidates will then take the Sports and Military Tests.

Also read: Professional Soldiers | Great response from those interested in recruitment in the National Guard

It is reminded that, during the Health Examination, which is scheduled for the end of January, the candidates must present the following:

(3) Ophthalmological examination recording the visual acuity and the degree of refractive error of each eye, the presence or absence of defective colour vision and the presence of any disease or condition with a doctor’s diagnosis.

(4) Otolaryngological examination and audiogram with a doctor’s diagnosis.

(5) Electrocardiogram, with a doctor’s diagnosis stating that the candidate may participate in the Sports and Military Tests.

(6) Psychiatric report stating that the candidate does not suffer from an active mental illness.

(7) Medical certificate from a gynecologist (only for female candidates) that the candidate does not present any problem of a gynecological nature.

The Sports test will include a 1000-meter track, with a time limit of 5′ 15” minutes for men and 6′ 43” minutes for women. Candidates are entitled to one (1) attempt. Withdrawal from the race, for any reason, without finishing or not finishing within the specified time means that candidates have failed in the test.

The Military Test involves carrying canisters for 150 meters, with a time limit of two minutes for both men and women. Specifically, the candidates must carry two (2) military type metal canisters, of a total weight of 20 kg each, for 150m. The canisters must not touch the ground.

Regarding the coronavirus pandemic, as we are able to know from sources of the Ministry of Defence, in case new measures are imposed which affect the recruitment procedures and the dates of the examinations (Health, Sports, Military), the candidates will be notified on time by the Ministry.

ANNOUNCEMENT FOR THE RECRUITMENT OF PROFESSIONAL SOLDIERS IN THE NATIONAL GUARD