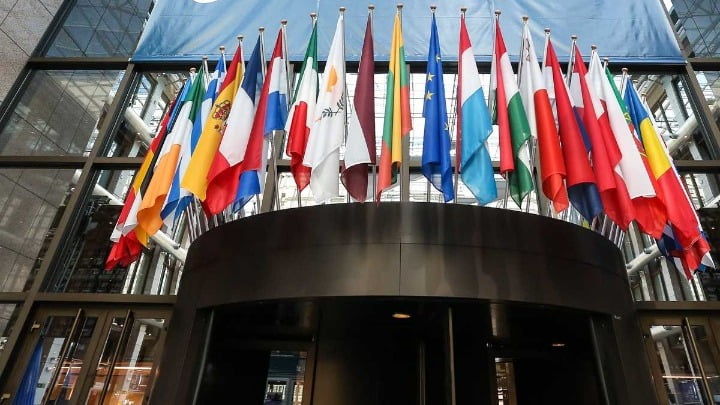 In today’s summit in Brussels, leaders of 27 European Union members will discuss the diversion and forced landing of a Ryanair aircraft in Minsk, Belarus and the possibility of imposing sanctions against executives of Alexander Lukashenko’s government.

At the two-day European Council, the agenda included discussions on the new coronavirus pandemic, climate change and Russia. But a spokesman for President Charles Michel made it clear that Belarus had been added to the agenda.

“The consequences and possible sanctions will be discussed” at the summit, the spokesman said.

This “unprecedented event” will not “remain without consequences”, Mr. Michel himself said, without going into details, in a press release.

Belarus deployed fighter jets to intercept Boeing 737 on Sunday. The Belarusian opposition website Nexta reported that its former director, Roman Protashevich, was arrested once the plane landed in Minsk, something which was later confirmed on Belarusian state television.

The Ryanair aircraft was flying from Greece to Lithuania, two EU and NATO member states. Later yesterday, the aircraft finally resumed its flight to Vilnius, where it landed.

“I urge the Belarussian authorities to release the detained passenger immediately and to guarantee his full rights,” said Charles Michel, referring to Mr Protashevich.

There must be all the foreseeable “consequences for violating international aviation rules,” said European Commission President Ursula von der Leyen.

For her part, Commissioner for Values ​​and Transparency, Vera Jurova, said the incident “shows how far a dictatorship can go to silence a critical voice,” adding that, “democracies need to form a united front” to defend their values ​​and take action.”

The EU had already imposed three rounds of sanctions on Mr Lukashenko’s government before the incident and was preparing to announce a fourth round of measures against Belarusian officials in response to last year’s presidential election, the outcome of which was disputed both by Brussels and the opposition, also denouncing the violent suppression of the demonstrations that followed.

EU foreign policy chief Josep Borrell announced on May 10 that the 27 were preparing new sanctions against Minsk and expressed hope that they would be adopted “in the coming weeks”. Unanimity is required at the Summit for the sanctions imposition.

Despite European and American sanctions against Alexander Lukashenko and other senior members of his government, the Belarusian president, backed by Moscow, has not given the slightest indication that he will seek to compromise.

Also read: Belarus | At least 250 arrests, thousands on the streets of Minsk – VIDEO