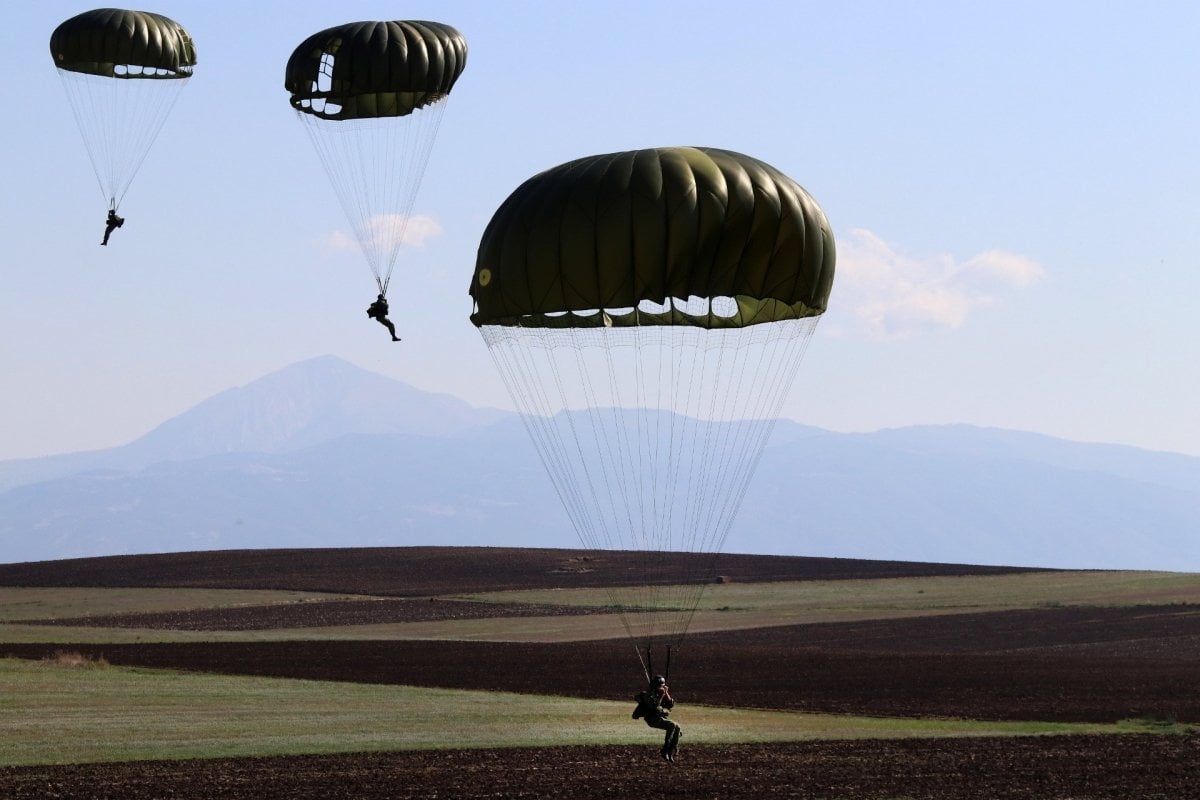 Cadets from the Hellenic Army Academy, the Military Academy of Combat Support Officers and the Army Non-Commissioned Officers Academy, had the opportunity to be trained at the Hellenic Armed Forces Paratroopers School (SHAL) and specifically at the Basic Paratrooper Training School (SVEA). The cadets, who volunteered at that training (which was optional and to the partial detriment of their summer leave), received the paratrooper insignia upon the completion of five (5) static line jumps from Chinook helicopters and / or C-130 aircraft on August 21, 2020.

The Paratroopers’ degrees and insignia were awarded to the cadets by the Chief of the Army General Staff, Lieutenant General Charalambos Lalousis.

The Hellenic Armed Forces Paratroopers School was founded on March 12, 1955 in Aspropyrgos, Attica, thanks to the initiative and efforts of General Andreas Kallinski, the first Commander of the Special Forces.

The mission of the Armed Forces Paratroopers School is to provide training in parachuting and self-defence elements. In particular, it operates the following schools:

See a video tribute to SHAL below:

With information from: Army General Staff