INTERNATIONAL RELATIONS
New Start | Russia and USA to hold talks over nuclear treaty since outbreak of Ukraine war
Defence Redefined
Published on 14/11/2022 at 17:29 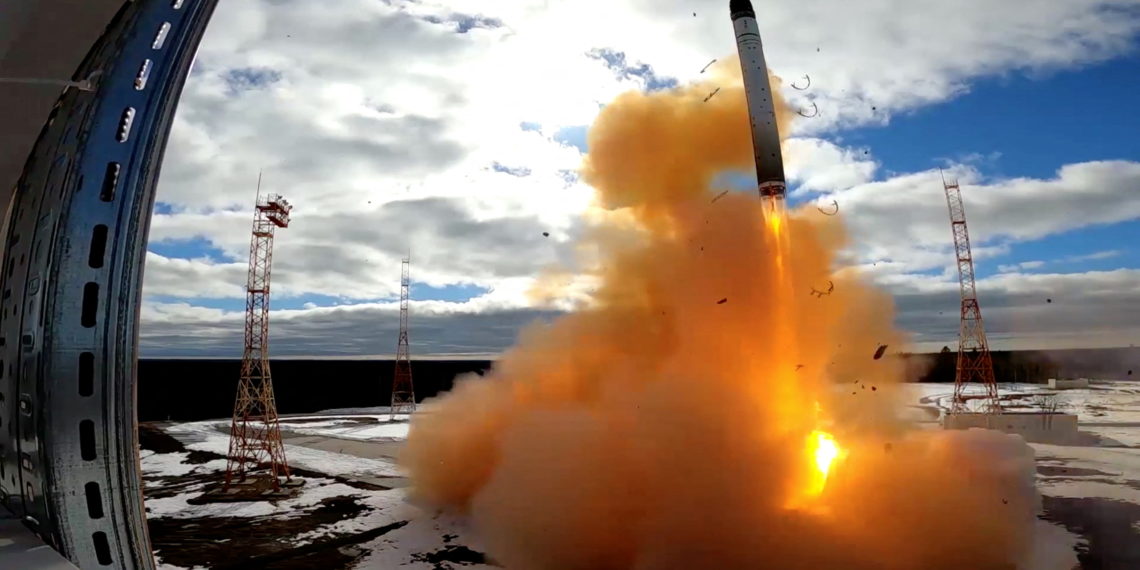 The Biden administration has announced that it will restart nuclear arms control talks with Russia, even as tensions spike over the latter’s war in Ukraine, coupled with Moscow’s threat to use nuclear weapons.

The United States and Russia are expected to meet soon and discuss resuming inspections under the New START (Strategic Arms Reduction Treaty) that have been paused since Russia’s invasion of Ukraine.

According to a press briefing, the Bilateral Consultative Commission (BCC), the mechanism for the implementation of the last remaining arms control agreement between the world’s two largest nuclear powers, will meet in the near future.

Russia in August suspended cooperation with inspections under the treaty, blaming travel restrictions imposed by Washington and its allies over Moscow’s invasion of Ukraine, but said it was still committed to complying with the provisions of the treaty.

The existing arms reduction treaty, New START, caps the number of intercontinental-range nuclear weapons in both Washington’s and Moscow’s arsenals and allows each side to conduct on-site weapons facility inspections in the other country.

This allows experts from each country to visit the other country’s weapon sites to inspect the number of nuclear weapons, launch vehicles, and other details so as to confirm that both sides are adhering to the treaty. The treaty allows up to 18 on-site inspections per year.

It is the last remaining arms control treaty in place between Russia and the United States, which respectively have the first- and second-largest nuclear arsenals in the world. Under the terms of the treaty, which was first signed in 2010, both countries agreed to cap the number of nuclear warheads they could deploy to 1,550.

The BCC, which is meant to meet twice a year, last met in October 2021, shortly before Russia began moving forces to its border with Ukraine. Washington hopes for a constructive session, but did not specify the date or location for the meeting. Yet, according to sources, the BCC meetings were expected to be held in Cairo.

Russian newspaper Kommersant said earlier on Tuesday the talks may take place in the Middle East, adding that Moscow no longer saw Switzerland as sufficiently neutral after it imposed sanctions on Russia over Ukraine.

The talks represent a test of whether the United States and Russia can conduct working-level diplomatic negotiations on high-stake issues, showcasing the Biden administration’s willingness to engage with Russian President, Vladimir Putin, on certain foreign policy issues.

With information from: Reuters