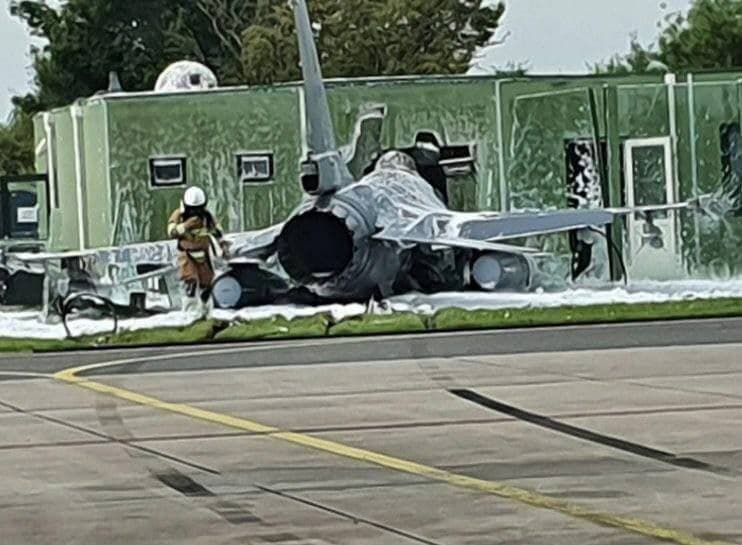 An F-16 fighter jet crashed at Leeuwarden air base in the Netherlands on Thursday morning during take-off and the pilot was forced to eject the plane, sources reported to Dutch television station NOS. According to the same information, there are no reports of injuries.

“On Thursday morning there was an incident with an F-16 fighter jet at Leeuwarden air base,” the Dutch Air Force confirmed. “We are currently assessing the situation, more information will follow as soon as more is known.”

Pilot ejects from Belgian F-16 at Leeuwarden airbase in The Netherlands. Condition of the pilot currently unknown. https://t.co/hBeE11jHw9 pic.twitter.com/LQiPFLUfNl

Emergency services responded immediately to mitigate the fire that broke out in the accident. An extinguisher was used to keep the aircraft wet, likely to prevent the fire from spreading to the liquid fuel.

“We were on the spotters hill in Marsum,” an eyewitness told the Leeuwarder Courant. “Suddenly we heard a lot of noise. And at that moment I saw the tail of an F-16 rolling over the platform at a fairly high speed. A moment later a flame came out, probably because of the ejection of the pilot’s seat.”

The aircraft in question is reported to be a Belgian F-16, which was in the Netherlands for an exercise. Star and Stripes reports that a Belgian F-16 fighter jet crashed into a building during takeoff, injuring two people, citing the photo below. 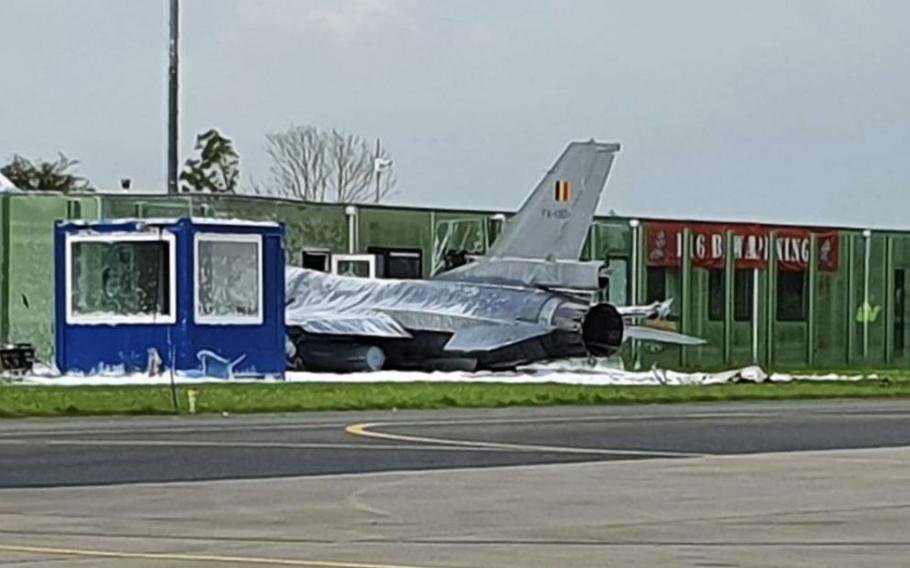 Leeuwarden has been the main base of the Dutch F-16 for decades. The fighter jets are nearing the end of their lifespan, as the Netherlands prepares to receive the 5th generation F-35 aircraft. The F-16s will soon be stationed at Volkel Air Base, where they will be used for a few more years.