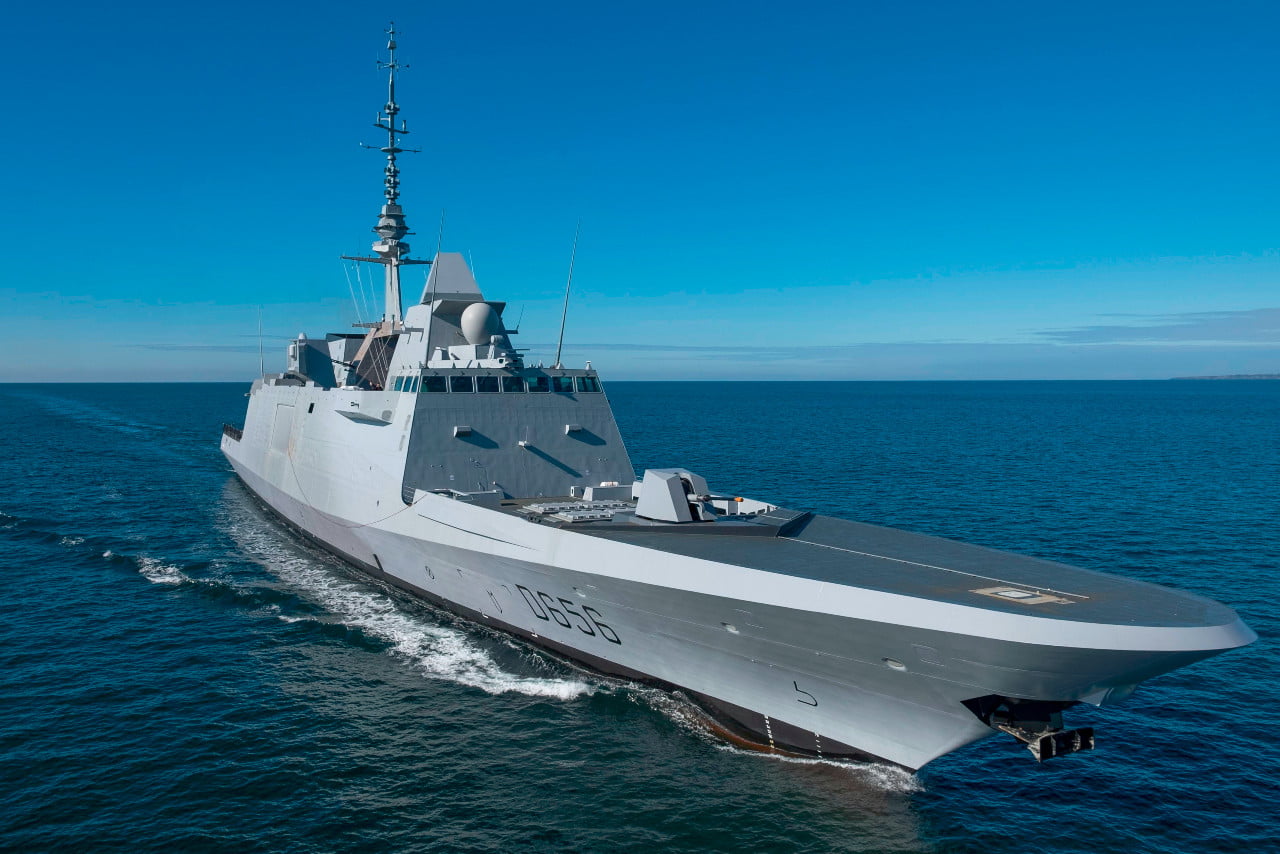 The Naval Group announced that delivered today, April 16, 2021, the FREMM DA frigate (Frégate Européenne Multimissions de Défense Aérienne) “Alsace”, in the French Navy, in accordance with the commitments of the program.

The ceremony took place in Toulon in the presence of French Defense Minister Florence Parly. The “Alsace” is the first of two frigates with air defense capabilities and the seventh FREMM multi-mission frigate commissioned by the French Navy.

“Alsace” is the first frigate with enhanced air defence capability. Her role will be the anti-aircraft defence of major units such as the Charles de Gaulle aircraft carrier, or that of PHA-type landing helicopter docks, within the framework of a naval air and amphibious group.

The FREMM DA according to Naval Group uses the most advanced weapons systems and equipment, such as the Herakles multifunction radar, the Aster 15 and 30 and Exocet MM 40 missiles and the MU 90 torpedoes. Like the other units of the FREMM series, she carries the NH90 helicopter (Caïman Marine), whose use is supported by the SAMAHE® system supplied also by Naval Group.

Also read: French ‘Auvergne’ frigate has docked at the port of Larnaca since Saturday 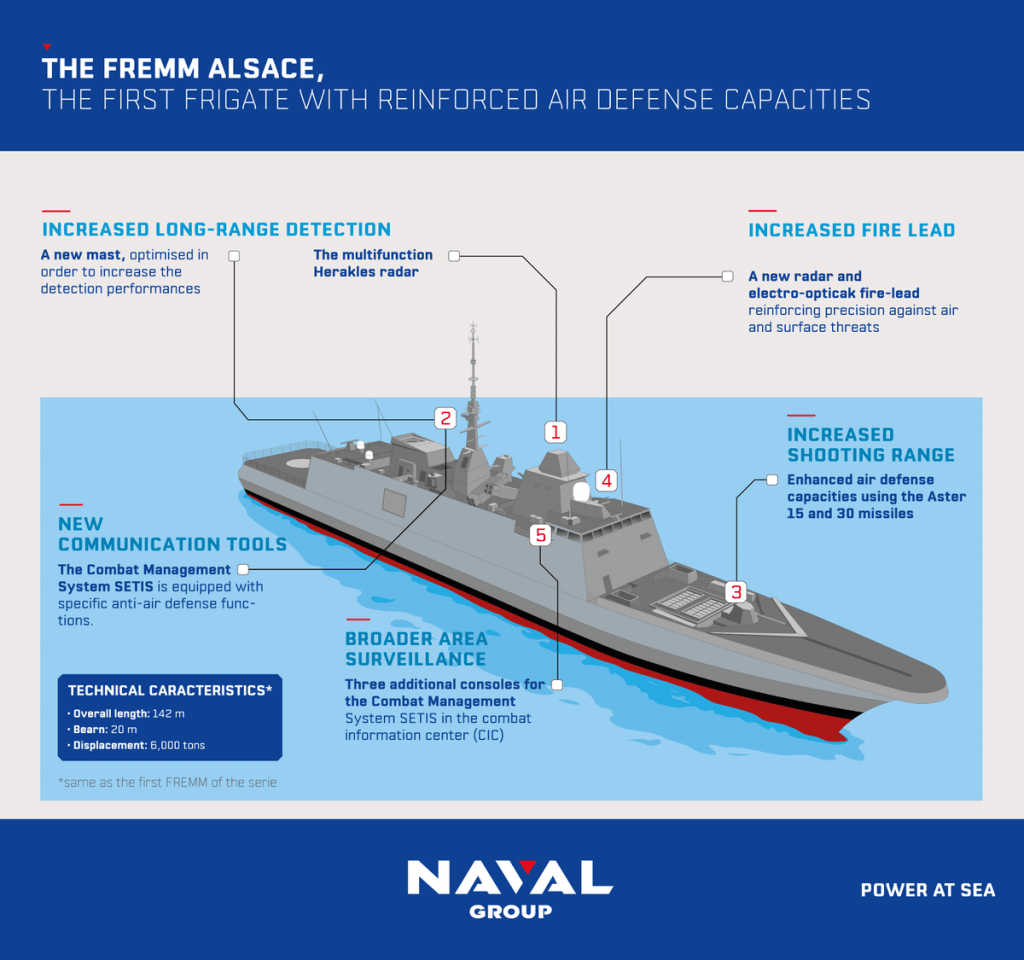 Naval Group has built nine FREEM DA ships, seven for the French Navy and two for the Royal Moroccan Navy and the Royal Egyptian Navy, respectively. The eighth and last FREMM DA for France is scheduled in 2022.

Despite the pandemic, the FREMM DA “Alsace” is being delivered on schedule by shifts from Naval Group and its industrial partners including Thales, MBDA,  Sagem, Jeumont, MTU, Oto Melara and Avio.