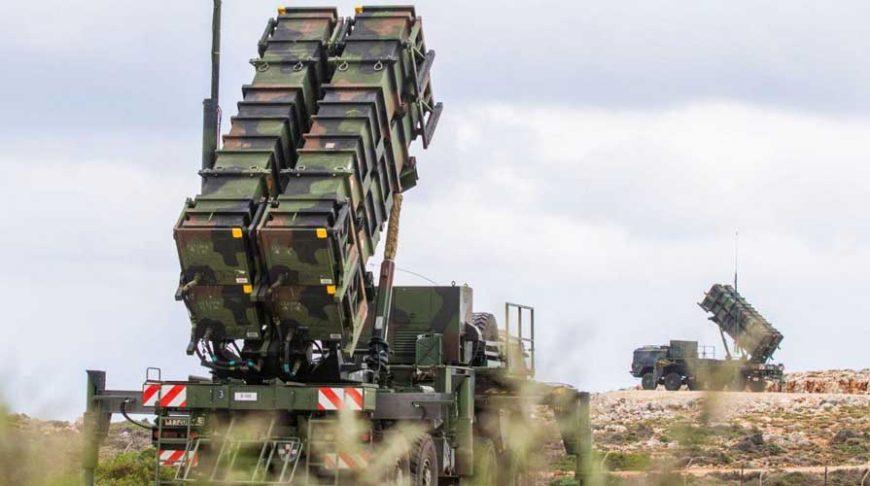 NATO member countries aim to jointly procure anti-aircraft defence systems that will protect the alliance’s territory from missiles with Israel’s Arrow 3, the American Patriot, and the German IRIS-T being among their options, Berlin announced yesterday.

German Defence Minister, Christine Lambrecht, during a ceremony at NATO headquarters in Brussels, where the 14 countries signed a letter of intent, said that with this initiative, they are living up to their shared responsibility for security in Europe – bundling their resources.

Estonia did not attend the ceremony but will also participate in the European Sky Shield initiative. This initiative includes half of NATO’s members – Germany, Britain, Slovakia, Norway, Latvia, Hungary, Bulgaria, Belgium, the Czech Republic, Finland, Lithuania, the Netherlands, Romania, and Slovenia.

Ground-based air defence systems, such as Raytheon’s Patriot units or the more recently developed IRIS-T systems, are lacking in many Western states, which have been reluctant to invest too much money in military capabilities since the end of the Cold War.

Ukraine has highlighted the shortage as Kyiv is trying to acquire as many air defence units as possible to protect cities and critical infrastructure from Russian airstrikes.

Lambrecht said the countries are looking to move quickly on the first deals. The German Minister told reporters that they will work quickly on the first joint programs, with the joint purchase of Patriot units and of the modern IRIS-T system, manufactured by the German defence company Diehl, being among them.

This week Berlin delivered the first of four IRIS-T SLM systems to Ukraine, but the German Armed Forces (Bundeswehr) themselves do not have this system. At the same time, Berlin wants to increase the number of its Patriot units.

The countries will also discuss the procurement of systems such as the Arrow 3, produced by the Israel Aerospace Industries (IAI) group, which deals with threats in the upper layers of the atmosphere, as well as short-range systems to protect smaller areas or military convoys, for example.

Lambrecht said they need to fill those gaps quickly, while also noting that she would rather purchase Arrow 3 for the upper layers of the atmosphere.