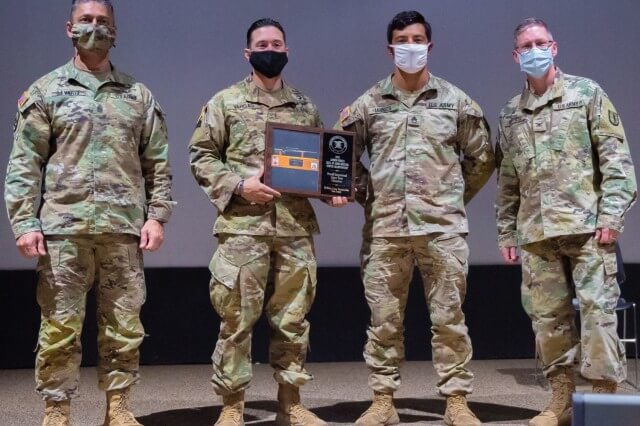 The results of recent sniper competitions revealed that some of the US military’s best snipers are in the National Guard.

Thirty five sniper groups, each pair consisting of a shooter and a spotter, competed in the 50th Winston P. Wilson Sniper Championship and the 30th Annual Armed Forces Skill at Arms Meeting (AFSAM) earlier this month.

The sharpshooter competitions hosted by the National Guard Marksmanship Training Center together with the US National Guard Sniper School at Fort Chaffee in Arkansas are designed to test sniper skills, such as shooting and marksmanship, fieldcraft, and other relevant skills. They serve as a kind of training exercise and are intended to mimic certain aspects of real-world combat.

National Guard Staff Sgts. Demetrios Iannios and Eric Vargas scored a 625.5, which put them in first place ahead of the famous Special Warfare Training Group Team and the Marine Raider Training Center Team, which came in second and third place respectively.

This is not the only distinction for Iannios who won the 1st place in the All Army Championship back in 2016.