Nagorno – Karabakh | The aftermath in numbers – The losses on the battlefield
Defence Redefined
Published on 27/01/2021 at 12:57 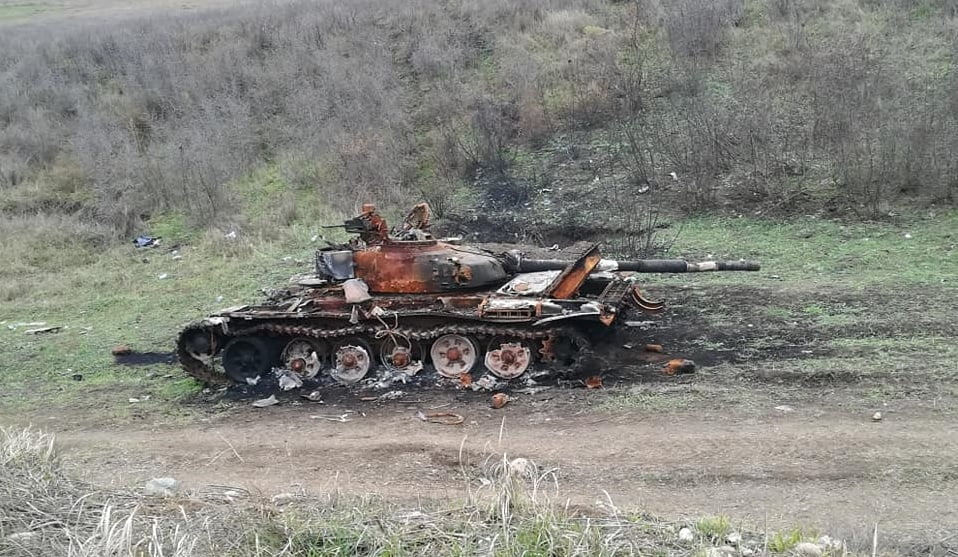 It is very difficult to estimate the losses Armenia and Azerbaijan suffered in the second war in the disputed Nagorno-Karabakh region. What is even more difficult – if not impossible – is for the Army Staff of each country to accurately reveal its losses.

Thus, the only source of information that an analyst can have regarding the magnitude of the disaster is open source intelligence (OSINT). The amount of material available on the internet is enormous and its detailed recording seems like a very difficult task. Nevertheless, the most accurate record of military equipment destroyed or seized during the war between Armenia and Azerbaijan can be found on oryx spioenkophowever website.

In its article, dated 27/09/2020 (the day when the war broke out), the website records, based on available information, all the seized or damaged equipment of the two countries to date. The source of information on the website is mainly the Army Staff of each country and the material published during the war, various photos and videos of war correspondents on the battlefield, photos and videos posted by the soldiers themselves and all audiovisual material available (and deemed valid) on the internet.

Of course, the oryx spioenkop website explicitly points out that the amount of military equipment destroyed is undoubtedly higher than what is recorded in the post, because some losses may not have been visually recorded.

In the article entitled: “The Fight For Nagorno-Karabakh: Documenting Losses on The Sides Of Armenia and Azerbaijan”, you can see in detail all the tanks, armoured fighting vehicles, armoured personnel carriers, multiple rocket launchers, trucks and even the strategic points that were destroyed, all documented with photos.

What follows is a summary of the military equipment that was either seized, destroyed or damaged.

Armoured Fighting Vehicles (AFVs): 62, of which 25 were destroyed and 37 were seized

Infantry fighting vehicles: 75, of which 21 were destroyed, 1 was damaged and 44 were seized

Self-propelled anti-tank missile systems: 10, of which 2 were destroyed and 8 were seized

Self-propelled artillery: 24, of which 16 were destroyed, 1 was damaged and 7 were seized

Multiple rocket launchers: 76, of which 72 were destroyed, 3 were seized and 1 was abandoned

Ballistic Missiles: 1, which was destroyed

Mortars: 40, of which 4 were destroyed and 36 were seized

Anti-tank guided missiles: 82, of which 3 were destroyed and 79 were seized

Man-Portable Air Defence Systems (MANPADS): 3, which were all destroyed

Self-propelled anti-aircraft guns: 7, of which 1 was destroyed and 6 were seized

Surface-to-air missile systems: 29, of which 26 were destroyed and 3 were seized

Jammers and Deception systems: 2, which were all destroyed

Aircraft and helicopters: 2, which were all destroyed

Unmanned aerial vehicles: 4, which were all destroyed

Decoys: 2, which were all destroyed

Also read: Nagorno – Karabakh | The mobilization, the UAVs, the air defence and the mistakes that led to the defeat

Armoured Fighting Vehicles (AFVs): 15, of which 2 were destroyed, 1 was damaged, 4 were abandoned and 10 were seized

AInfantry ghting vehicles: 37, of which 20 were destroyed, 3 were damaged, 6 were abandoned and 8 were seized

Multiples Rocket launchers: 1, which was destroyed

Mortars: 1, which was seized

Aircraft and helicopters: 13, which were all destroyed

Unmanned Aerial Vehicles: 25, of which 22 were destroyed and 3 were seized

Trucks, Vehicles and Jeeps: 47, of which 15 were destroyed, 8 were abandoned and 3 were seized