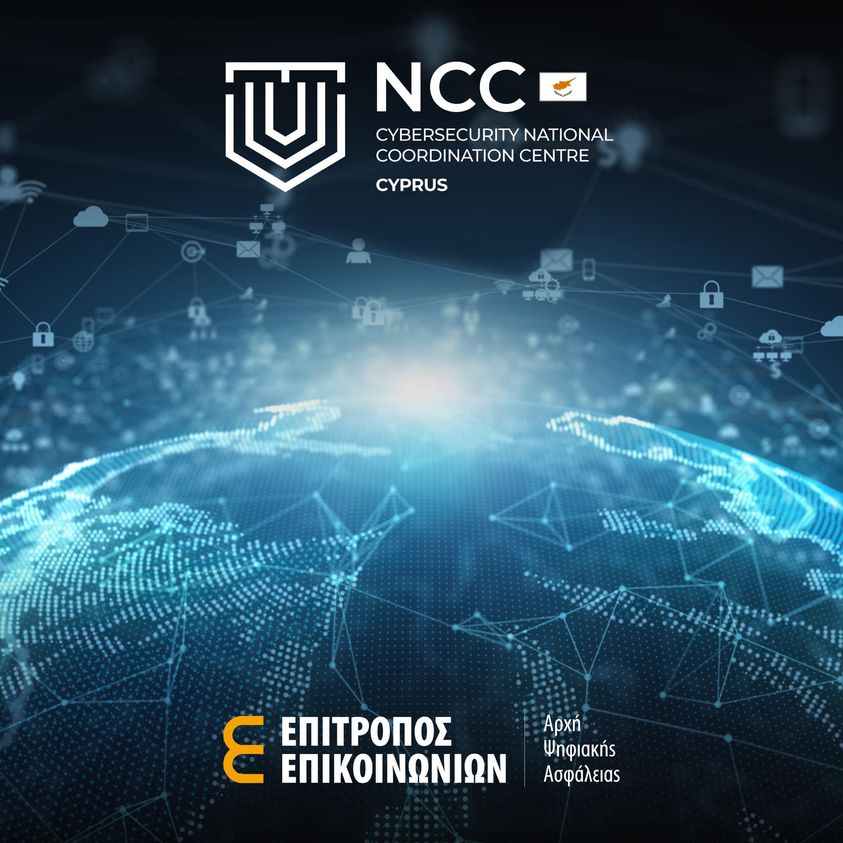 The N4CY project proposal for the development of the Cyprus National Coordination Center (NCCC-CY) has been approved by the European Commission, securing EU co-financing for the project, the Digital Security Authority announced.

As stated in the announcement posted on its website, the Digital Security Authority together with the Research and Innovation Foundation will start the implementation of the project, which includes the establishment of the necessary procedures and capabilities so as to operate as a National Coordination Center, designing calls for proposals to distribute available funds, establishing procedures for community members, contributing to Cybersecurity training and awareness activities.

As stated in the announcement, the N4CY project aims to develop the National Coordination Center and strengthen its capacity to fulfill its mission and objectives.

Following the official appointment by the Cabinet, the Digital Security Authority (DSA) will coordinate the National Cybersecurity Coordination Center of the Republic of Cyprus (NCCC-CY) in collaboration with the Research and Innovation Foundation, which will lead the activities related to financial management.

Also, the Deputy Ministry of Research, Innovation & Digital Policy will contribute to the project as an associated partner, the announcement reports.

The objectives and implementation of the N4CY project are consistent with the implementation of the National Cybersecurity Strategy of the Republic of Cyprus and the project will significantly help the development of the National Coordination Center (NCCC-CY) to contribute satisfactorily to the relevant European efforts in the field of Cybersecurity.

The Government of Cyprus has made decisions to ensure the sustainability of NCCC-CY by co-funding future calls for proposals to be announced by NCCC-CY and by supporting additional actions beyond those planned under this project.

Finally, the project has a duration of 24 months and is designed to achieve its objectives and provide Cyprus with a capable and well-developed National Coordination Center, the announcement concludes.

Also read: Webinar on cybersecurity by the Ministry of Defence and the European University of Cyprus