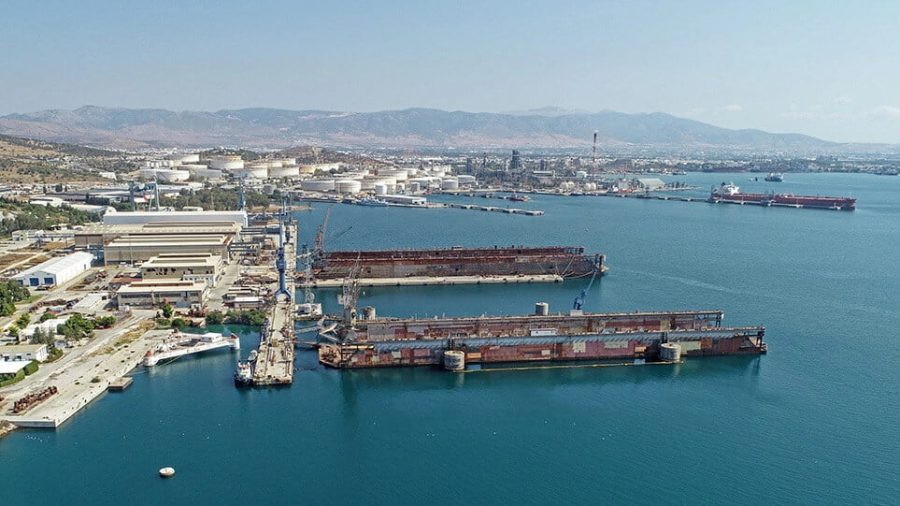 Due to the new armament programs of the Hellenic Navy and the wider effort to protect the Greek Defence Industry, the importance of saving the shipyards has come to the fore.

The Minister of National Defence, Mr. Nikolaos Panagiotopoulos, received in his office today, Tuesday, January 18, 2022, a delegation of trade unions representing the workers in the “Elefsina Shipyards” as well as representatives of the opposition parties and the General Confederation of Greek Workers.

Mr. Panagiotopoulos stressed that by February 15, the Ministry of National Defence will have expressed its views and comments on the plan to rehabilitate the Shipyard, so that the relevant process can proceed. He also reiterated that he supports the grant of a six-month extension regarding the completion of the project assigned to “Elefsina Shipyards”. Finally, he stressed the expressed will of the Government and the Ministry of National Defene regarding the construction of new Naval units in Greece.

Also read: Elefsina Shipyards | The day after the Fincantieri agreement