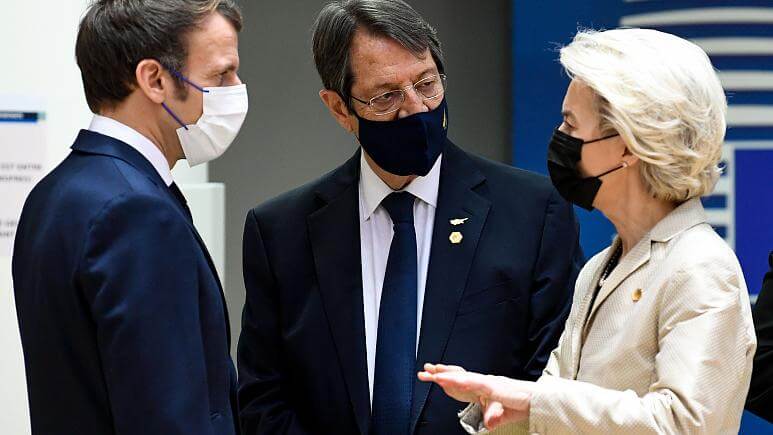 President Anastasiadis briefed the European Council on immigration flows and the pressure on the Republic of Cyprus.

According to government spokesman Marios Pelekanos: “For a long time now, they have made the Republic of Cyprus by far the first in the number of applications for political asylum as an EU Member-State by the proportion of the population”.

He further pointed out that, today, the percentage of asylum seekers or already holders of protection status reaches 4.4% of the population of Cyprus, when at the same time this percentage, by the proportion of the population, does not exceed 1% in the other front line Member-States.

President Anastasiadis also pointed out that the vast majority of asylum seekers in Cyprus are persons from safe countries of origin, who arrived in the occupied territories of Turkey and from there were led to points along the ceasefire line by where they then crossed illegally into the free areas.

The President of the Republic condemned the unacceptable instrumentalization of immigrants by Turkey and stressed the need for the EU to take effective measures to prevent such phenomena, both on the part of Turkey and any third country that exploits human suffering in an effort to obtain other political benefits.

Explaining that the Cypriot claims do not in any way invalidate the obligation of the Republic of Cyprus to support the right to apply for international protection or to continue the ongoing asylum procedures, as enshrined in international and European law, President Anastasiadis stressed the importance of practical assistance to Cyprus by the EU and its partners, which assistance is specifically tailored to the Cypriot particularities and needs.

A step in the right direction would be the EU assistance to the immediate and compulsory return of persons whose application for asylum is ultimately rejected by the Cypriot authorities.

Also, Cyprus should be provided with the opportunity and the means to manage and guard the Green Line, which remains its Achilles heel, without of course this being in any way a border.

Finally, the President of the Republic concluded, the implementation by Turkey of the 2016 Declaration on immigration against the Republic of Cyprus is also of exceptional importance.