N. Anastasiadis on EastMed | Energy plans will be implemented in the most appropriate way
Defence Redefined
Published on 17/01/2022 at 15:14 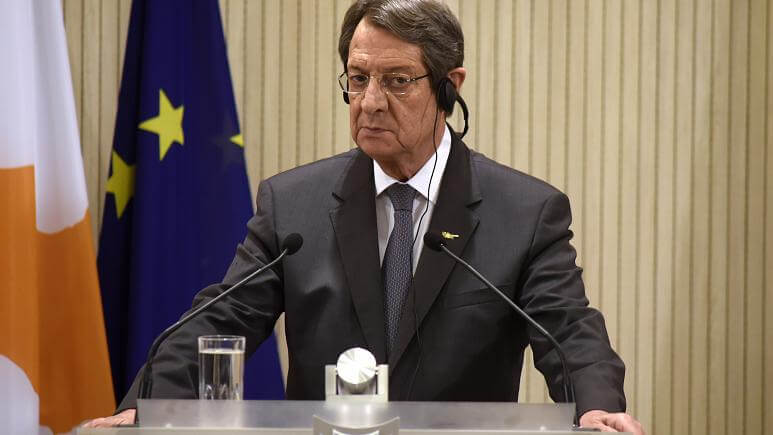 The energy plans of the Republic of Cyprus will be implemented in the most appropriate way for the benefit of the people of Cyprus and friendly cooperating countries, said the President of the Republic, Nikos Anastasiadis, in a written statement regarding the EastMed pipeline.

On the occasion of what is said about the construction of the gas pipeline from the Eastern Mediterranean basin to the European Union (EastMed), the President notes that “the political will and decision of the three states – Greece, Israel, and Cyprus – was taken under the condition of economic viability studies, underwater morphologies of the sea depth that would make a similar project possible always in relation to the environmental impact.”

He adds that the EastMed pipeline has been approved by the EU as a public utility project, as it contributes to Europe’s energy security, which is why the cost of studies has been borne by European funds. “It is sad because some people seem to be happy with the immediate cancellation of the project’s implementation,” says President Anastasiadis.

He also notes that the Governments of the countries involved as well as the European Union have worked out alternatives in case the project is considered impossible for any reason.

If the results of the EastMed economic viability research are positive, then we will proceed to examine the following issues; if not, then the pipeline is not feasible, said, in turn, the Minister of Foreign Affairs of Cyprus, Ioannis Kasoulidis, responding to questions from CNA about what the public has seen in relation to the implementation of this project and the US stance.

Asked about the harassment by a Turkish frigate of the Nautical Geo research vessel while in the Cypriot EEZ, Mr. Kasoulidis pointed out that there was harassment, which cannot go unanswered. “We cannot say it does not matter, and for this reason, all necessary steps will be taken,” he said.

In terms of the EastMed pipeline, the Foreign Minister said that the decision taken regarding the pipeline at issue “was a decision made subject to a positive economic sustainability report”. He added that this “is a project that requires a huge investment, and of course only if EastMed were self-financed could its implementation proceed.”

The Foreign Minister noted that the European Commission has undertaken to fund this sustainability survey, adding that “we are now awaiting […] [its] results and if they are positive then we will move on to the next issues. If not, EastMed is not feasible,” he added.

Asked if the statements made by the US and the positions of the Special Envoy, International Energy Coordinator and head of the State Department’s Office of Energy Resources, Amos Hokstein, Mr. Kasoulidis stated: “We have been saying what Mr. Hokstein is saying since the decision was made to ask whether there is economic feasibility.”

“If not, we all know it would not move forward,” he said. Asked if he considered that some great expectations had been created in relation to this project, the Foreign Minister said that “if great expectations were created, they do not arise from our side.”

“In democracy, when there are upcoming elections, this is inevitable. We did not have elections,” he said.