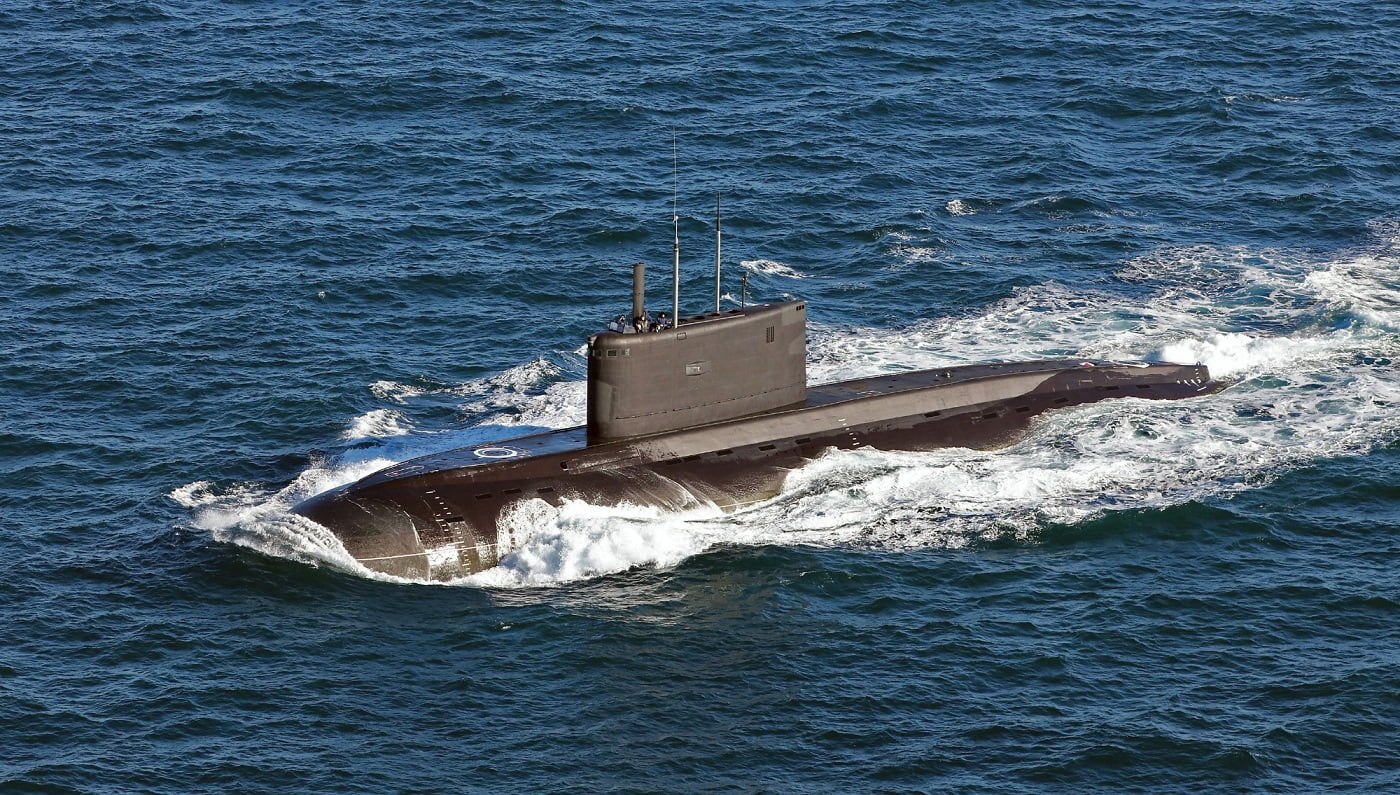 A Russian Kilo-class submarine carrying four (4) cruise missiles, with a warhead weight of 500 kg each, has reportedly disappeared in the Eastern Mediterranean region, south of Cyprus and near the coast of Lebanon, according to several reports from international media.

Both Israel and the United States have reportedly deployed warships to help search the submarine. On the other hand, the Russian newspaper Kp.ru (Komsomolskaya Pravda), citing Sputnik sources, reports that the Russian submarine “B-237 Rostov-on-Don”, which has disappeared from the radar of NATO ships in the Mediterranean Sea, continues to transmit information to the leadership of mainland Russia.

Disappearance of a 🇷🇺 Russian KILO submarine carries 4 cruise missiles with a warhead weight up to 500 kg off the coast of south Lebanon 🇱🇧 towards Israel shores 🇮🇱 from the 🇺🇸 surveillance platform, P-8A Poseidon. Searches are currently underway by the US and Israeli warships. pic.twitter.com/3eaC0kPuig

According to a report by RIA Novosti, which cites its own information, NATO has great capabilities in the Mediterranean, but the Russian submarine exceeded expectations.

“NATO anti-submarine forces have been trying for a week to find the B-237 Rostov-on-Don submarine in the Mediterranean Sea … Attempts to find it were not successful. At the same time, the Russian command does not lose contact with the ‘Rostov-on-Don’,” RIA Novosti reports.

According to the source, the allied forces used large forces to locate the Russian submarine, but to no avail.

The mystery around the Russian submarine is reinforced by the last-minute news that the entire Russian Black Sea submarine fleet has left the naval bases.

Today, Friday March 19, the commander of the Black Sea Fleet, Vice Admiral Igor Osipov, announced that all six submarines of the fleet are at sea. According to several analysts, this move comes in response to the large presence of NATO forces in the region.

The Kremlin announced today that it hopes for the best in its relations with the United States, but is it also “prepared for the worst.”

Russian President Vladimir Putin has already made it clear that Russia wants to maintain its relations with the United States as this would be of advantage to the rest of the world, Kremlin spokesman Dmitry Peshkov said.

However, “we cannot fail to take into account” the words of US President Joe Biden, Peshkov added.