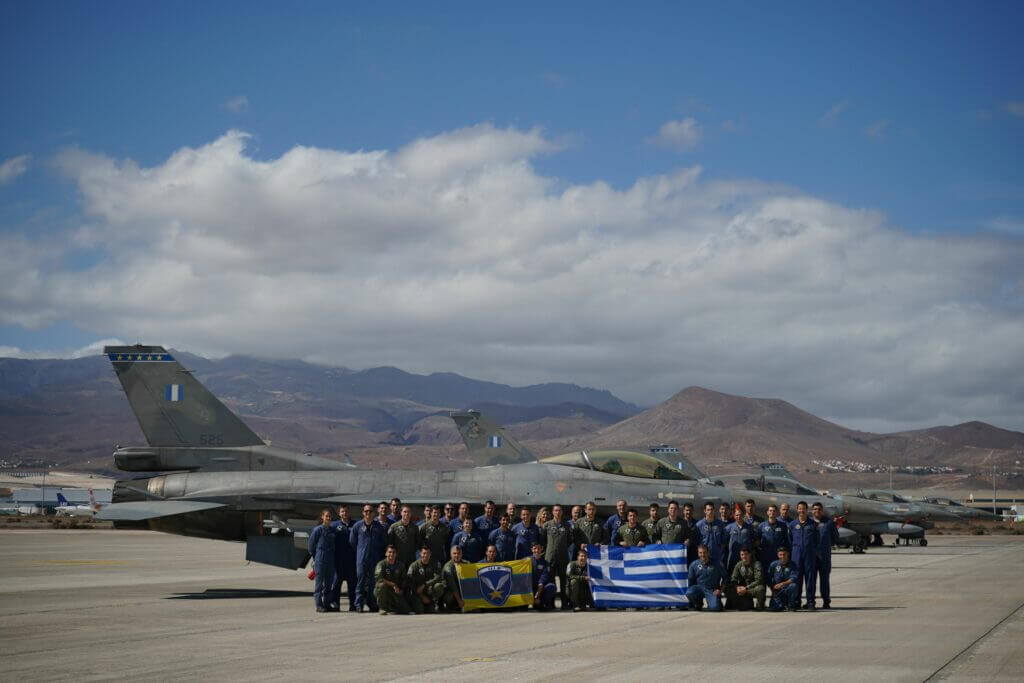 From Friday 15 to Friday 29 October 2021 the Armed Forces participated in the INVITEX – LIVEX-type exercise “OCEAN SKY 21” with 4 F-16s Block 52+ of 343rd Squadron of the 115th Combat Wing in Crete and the respective support personnel. The Exercise took place in the Canary Islands of Spain at Gando Air Base.

This operational training was carried out in the framework of the international collaborations of the Hellenic Armed Forces in accordance with the design of the Hellenic National Defence General Staff (GEETHA) and contributed to the promotion of the operational readiness, combat capability, and cooperation of the participants in a multilateral and allied context.