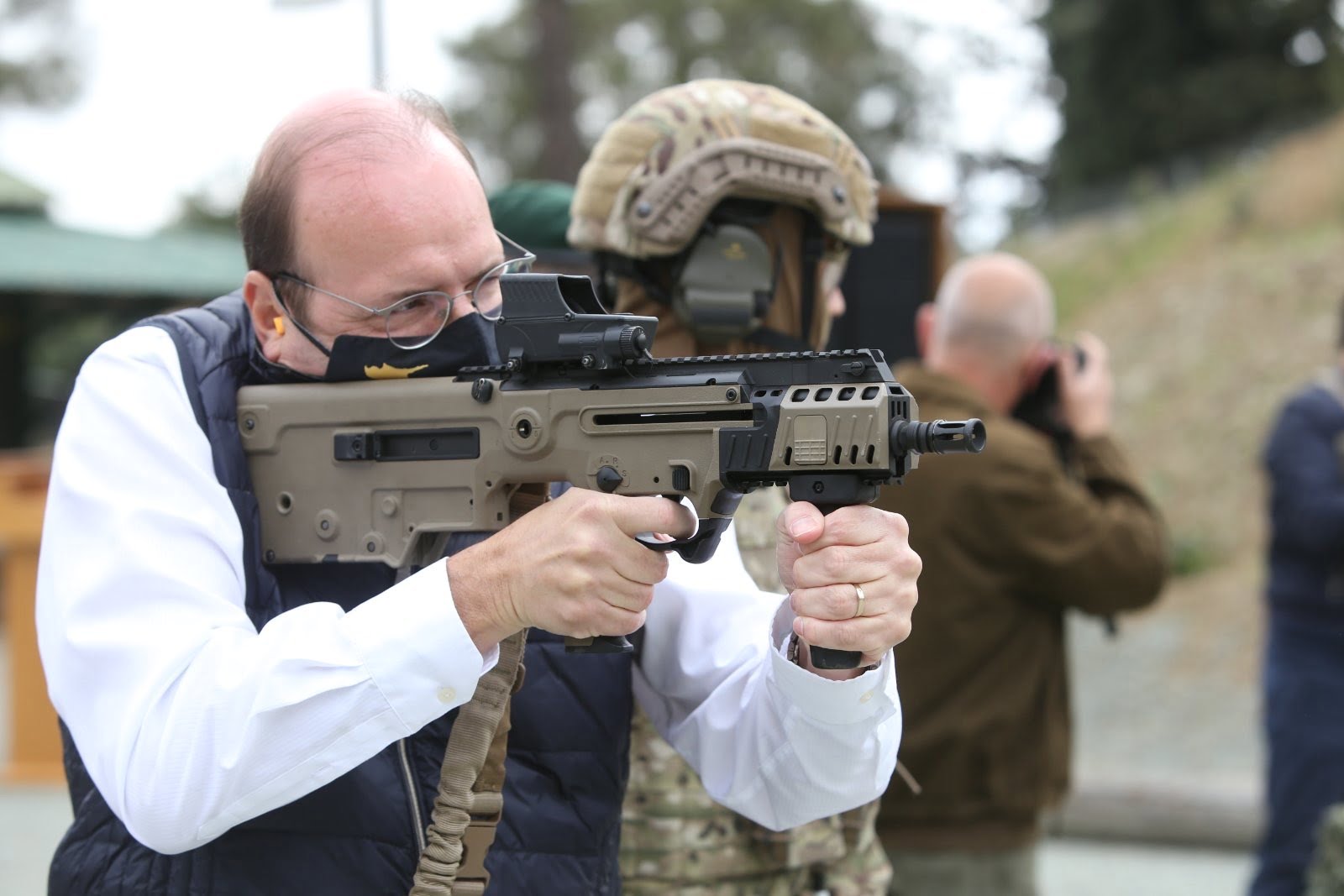 The modern Shooting Range was dedicated to the memory of Stelios Stratis, who – for 21 years – was the armourer of the 33rd Special Forces Squadron, always keeping the squadron’s armament at an excellent level of readiness. 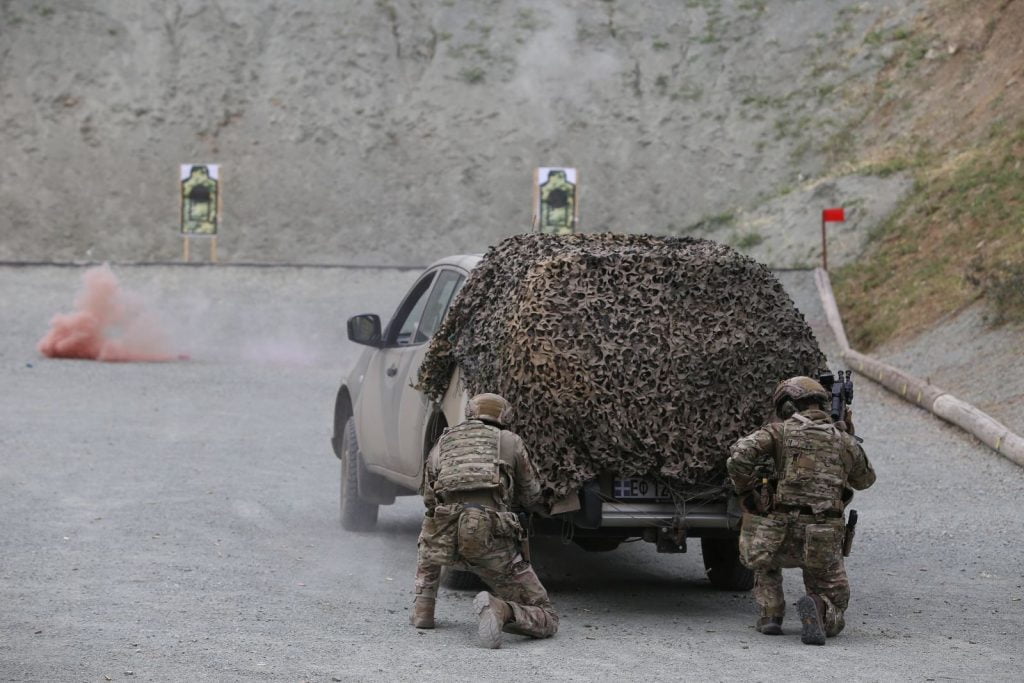 The inauguration took place in the presence of the Minister of Defence, Mr. Charalambos Petridis, the Chief of the National Guard, Lieutenant General Democritus Zervakis, the General Director of the Ministry, Mr. Andreas Loukas, and members of the Parliamentary Committee on Defence.

The inauguration cutting ceremony was carried out by the Minister of Defence, the Chief of the General Staff and the Chairman of the Defence Committee, using a knife of the glorious special forces squadron. As an acknowledgement of Stelios Stratis’ contribution, the knife used at the inauguration ceremony was handed over to his wife. 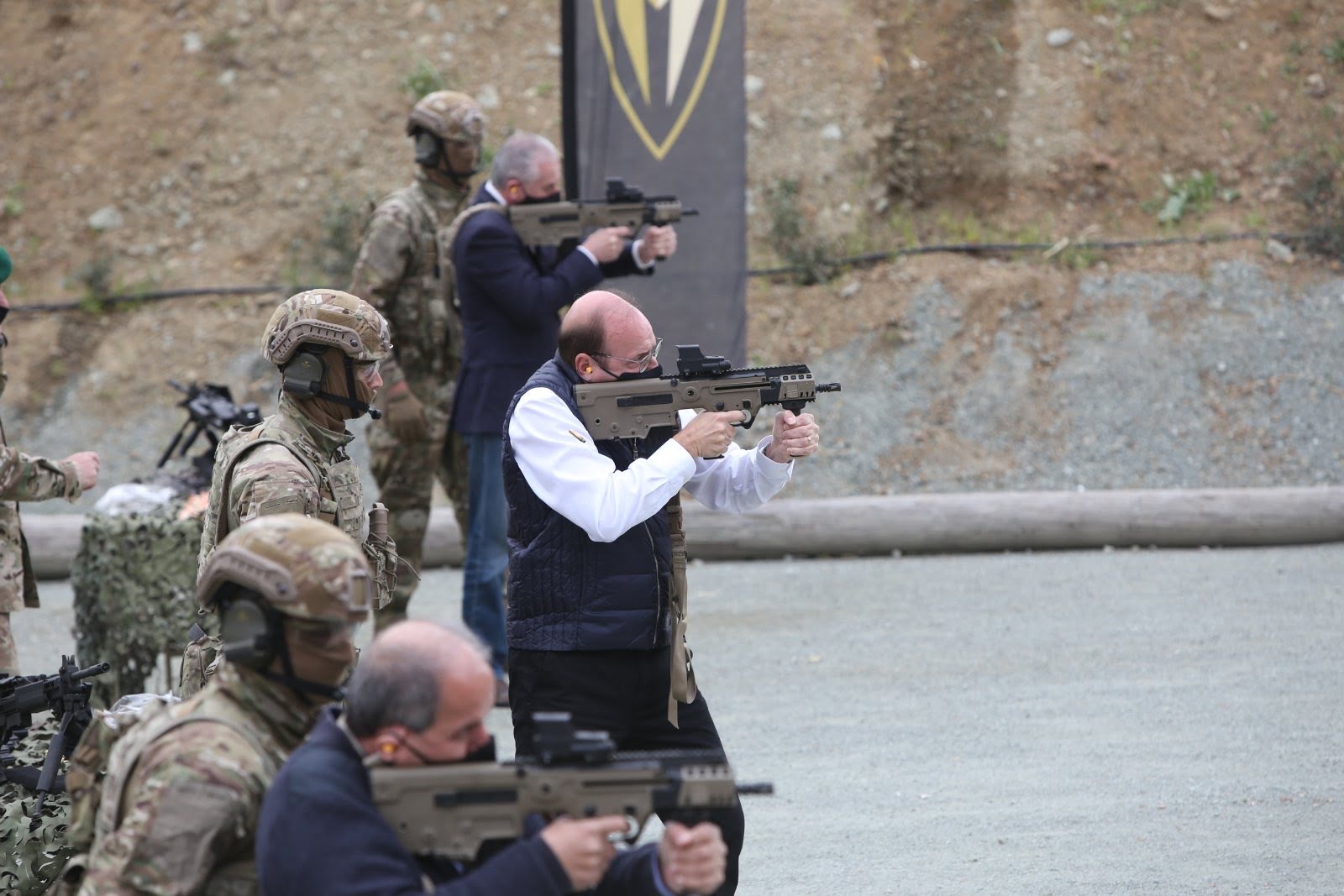 During the inauguration ceremony, the Minister, the General Director of the Ministry and MPs tested their shooting skills while noting the functionality and capabilities of the new training area.

The Shooting Range has a total length of 40m and a width of 21m and can withhold over 80% of rapid reaction combat shots with absolute safety, in line with international standards. For its construction, 270 saplings have been placed so as to create three levels of green sound barriers, which in turn allows a reduction of noise by 12db. 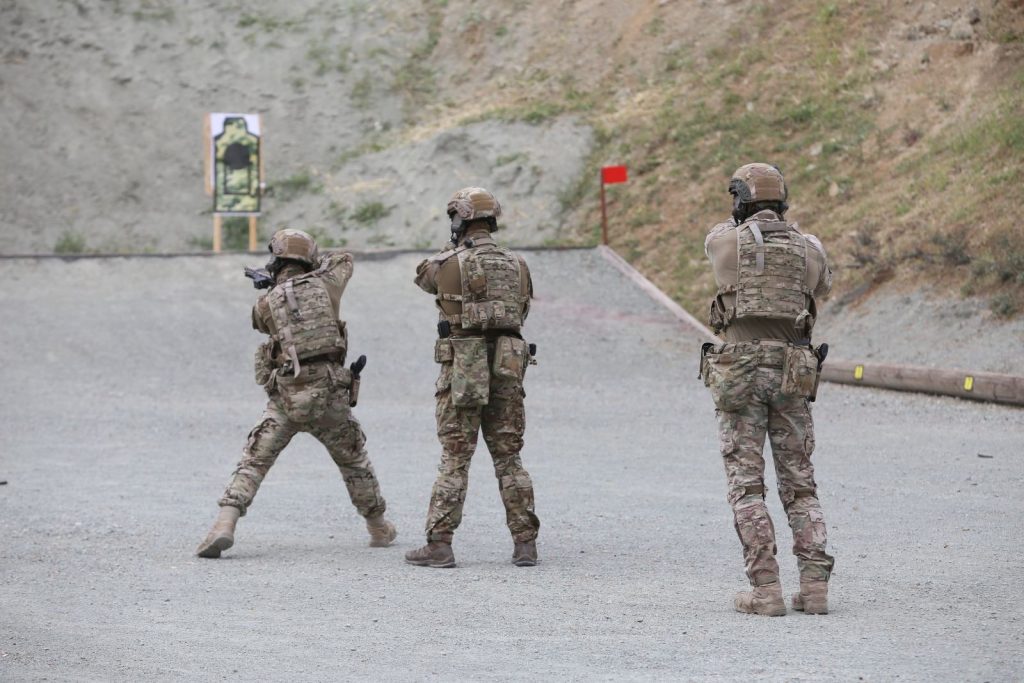