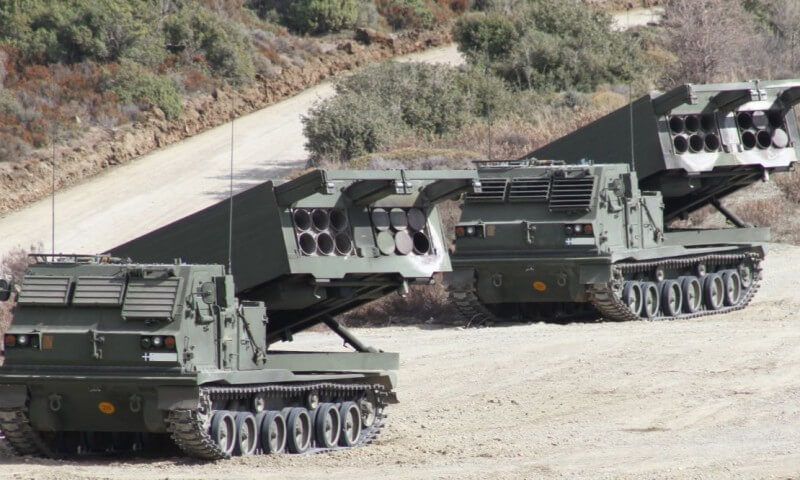 Lockheed Martin has announced the modernization of the M270 launchers aiming at their operational use until 2050.

According to the company, this critical capability will offer Greece customized improvements, allowing the system to launch next-generation ammunition, providing interoperability with other users of the system.

We’re modernising the M270 launcher for service through to 2050. This critical capability will provide Greece with tailor-made enhancements, enabling the system to fire the newest next-gen munitions and offer interoperability with partner nations.

The Multiple Launch Rocket System (MLRS) is manufactured by Lockheed Martin Missiles and serves in the US Army and in 14 other countries; Bahrain, Denmark, France, Greece, Germany, Israel, Italy, Japan, South Korea, the Netherlands, Norway, Turkey, and Great Britain.

The system is also manufactured in Europe through a consortium of French, German, Italian, and English companies, while its value has been proven repeatedly on the battlefield.

The MLRS is a highly flexible, automated system based on the M270 weapons platform, launching surface-to-surface missiles and the well-known Army Tactical Missile System (ATACMS).

The modernization of the Greek missile systems M-270 MLRS is one of the most important armament programs of the Hellenic Army and specifically of the Artillery. These weapon systems offer long-distance salvo utilizing the MGM-140 ATACMS missiles, which can engage the enemy’s “core”.

The operational utilization of the Greek M-270 MLRS, in combination with the MGM-140 ATACMS missiles, offers the possibility of attacking Turkish naval bases and air bases from the Aegean islands as well as a number of other vital targets for the enemy such as personnel concentrations and equipment as well as landing means.

The M-270 MLRS Multi-Artillery Launcher consists of the M-269 Launcher Loader Module (LLM) and the M-993 Tracked Carrier Vehicle (TCV). The former is a stand-alone shooting, launching, and refuelling platform, while the TCV, based on the M2 / M3 “Bradley” ICV/CFV design, ensures system agility and crew protection.

The system is operated by a three-member crew (driver, gunner, commander). The MLRS launches 8.9 inch/227 mm rockets loaded assembled, tested, and packed in a Launch Pot Container (LPC). Each rocket is secured in a fiberglass tube, which is also the launch tube, protecting the rocket from the weather. MLRS LLMs carry either two LPCs (12 rockets) or two ATACMS. The same launcher cannot launch both types simultaneously, but it operates as a modular system by changing its canisters.