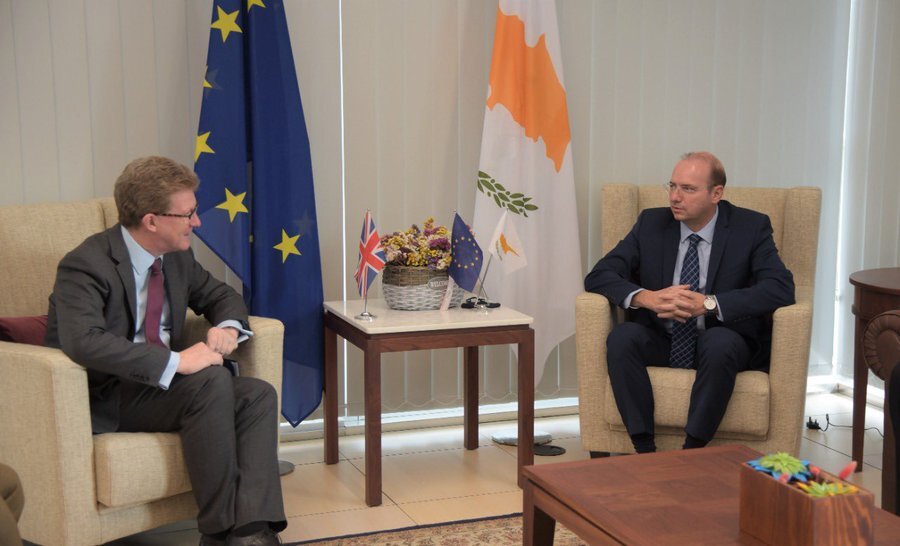 Bilateral defence cooperation, the Cyprus issue and the situation in the Eastern Mediterranean were among the topics discussed at the Friday meeting held between the Defence Minister, Charalambos Petridis, and UK High Commissioner, Stephen Lillie.

Positive outlook for this year with series of exercises & joint activities btn our armed forces. pic.twitter.com/vWmtznb8ni

In a post on Twitter, the Ministry of Defence described the meeting as “very productive” and noted that the strengthened defence and military cooperation between the two countries and European security issues were discussed.

For his part, Mr. Lillie, also in a post on Twitter, spoke about a valuable discussion with the Minister of Defence on the defence relations of the two countries and the plans for 2022.

According to Mr. Lillie, the situation in the Eastern Mediterranean, the Cyprus issue and the “extremely worrying situation regarding Ukraine” were also discussed.