SECURITY
MidCat | Scholz and Sanchez in favor of pipeline construction
Defence Redefined
Published on 06/10/2022 at 15:30 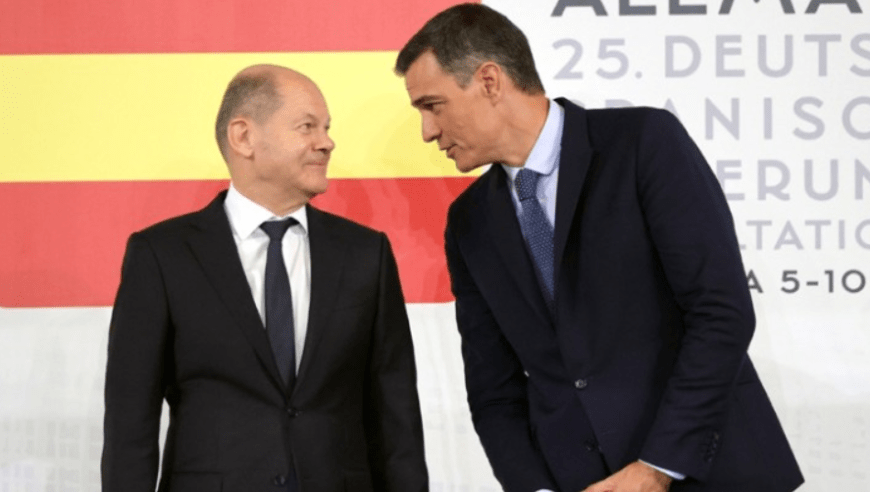 In the framework of the joint consultations of the Spanish and German governments in the city of La Coruña, the first since 2013, Olaf Solz and Pedro Sanchez stressed the need to immediately implement the project for the MidCat (Midi-Catalonia) pipeline, which had been suspended in 2019, due to the potential environmental impact and the limited economic interest at the time.

Mr. Solz said that he strongly supports the creation of this connection, pointing out that it will also be possible to transport hydrogen through the same pipeline in the future. Furthermore, he emphasized that they want the project to be implemented with the cooperation of France. In fact, commenting on information that Paris does not wish to complete the project, he said that no such impression has been made.

For his part, Mr. Sanchez noted that Spain and Portugal are “energy islands”, referring to existing liquefied natural gas terminals in these countries, but are cut off from the rest of Europe due to a lack of connections, which is highly contradictory.

The MidCat pipeline will cross the Pyrenees, from Barcelona to the connection with the French network in the south-east of the country. The natural gas that would flow north through the pipeline could come from Spain and Portugal, from different sources, as the two countries have a total of seven LNG terminals.

In addition, there are two pipelines towards Algeria. The pipeline has been completed up to 106 kilometers from the Spanish border. However, 120 kilometers still need to be constructed on the French side.