Malta has received the largest patrol vessel built by Cantiere Navali Vittoria. The Italian-built OPV P71 arrived on November 7 at the port of La Valletta. It is worth more than €50 million and was co-financed by the EU under the Internal Security Fund, as it will carry out surveillance, coastal and offshore observation as well as search and rescue operations in the Mediterranean region.

The vessel is 74.8 m long and 13 m wide. The ship’s load can exceed 2,000 tons, while her draft reaches 3.8 meters. She can accommodate a crew of 50 plus 20 people and is capable of refueling the AW139 helicopter and other helicopters of similar displacement. 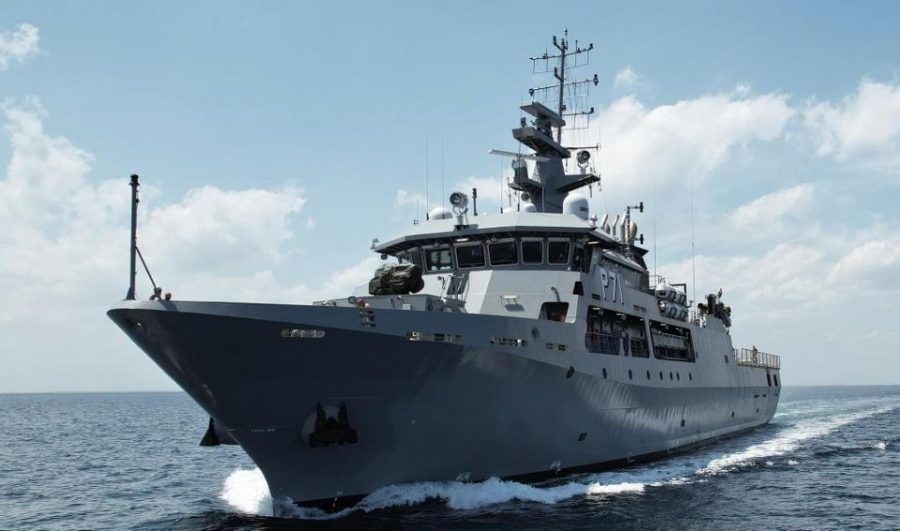 She has an elevated bridge with 360-degree vision capabilities, equipped with ballistic protection according to level 2 NATO standards, as well as a special 9.1 meter dinghy release and recovery station. The boats available reach up to 40 knots.

The vessel has two diesel engines of 5,440 kW each of medium speed with a maximum speed of over 20 knots. Otherwise, she can be propelled at patrol speeds between 9+ and 12 knots by two electric motors connected to and powered by two of the three 750 kW main generators. 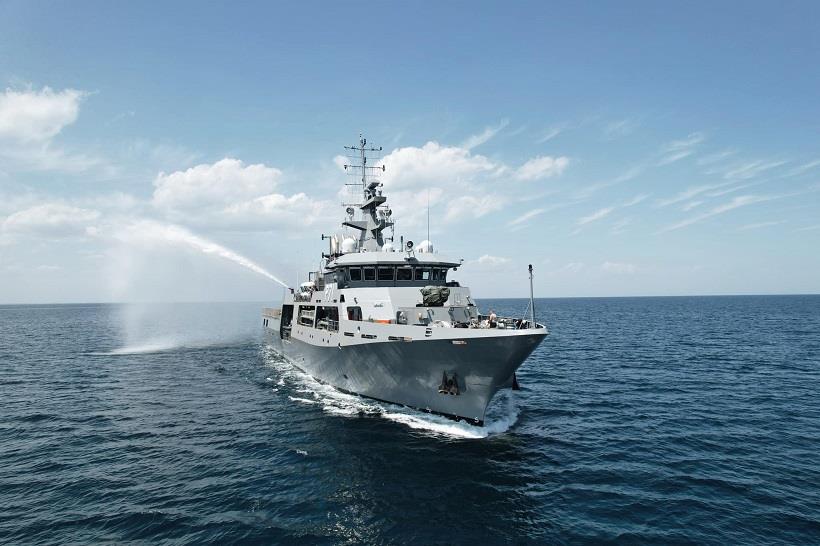 With information from: Navalnews, Independent