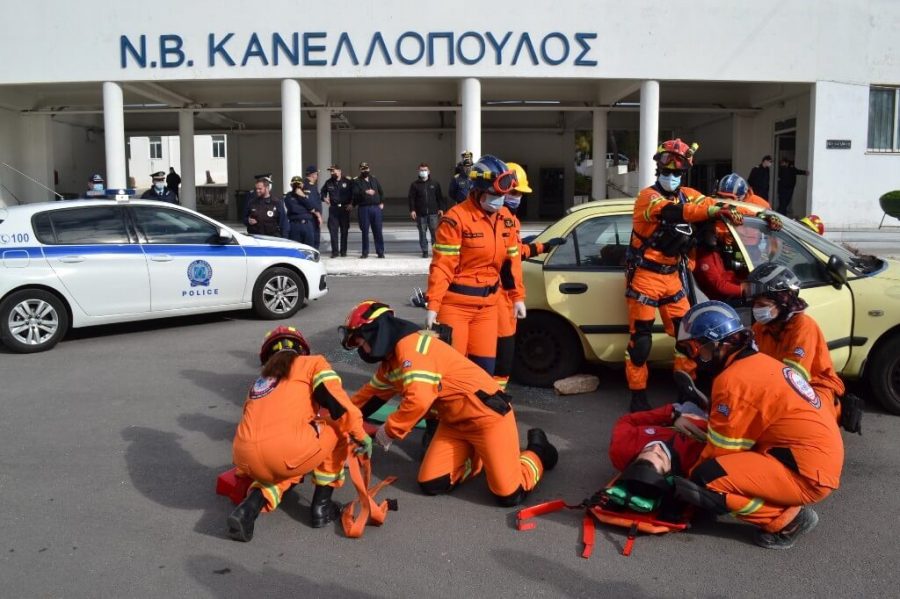 On Thursday, December 2, 2021, a Major Accident Exercise was held at the Naval Fort of Scaramanga under the direction of the Area Safety Control Center of the KANELLOPOULOS Naval Base. The coordinating role was executed by the Commander of the Hellenic Naval Training Command, Rear Admiral Ioannis Pattas. 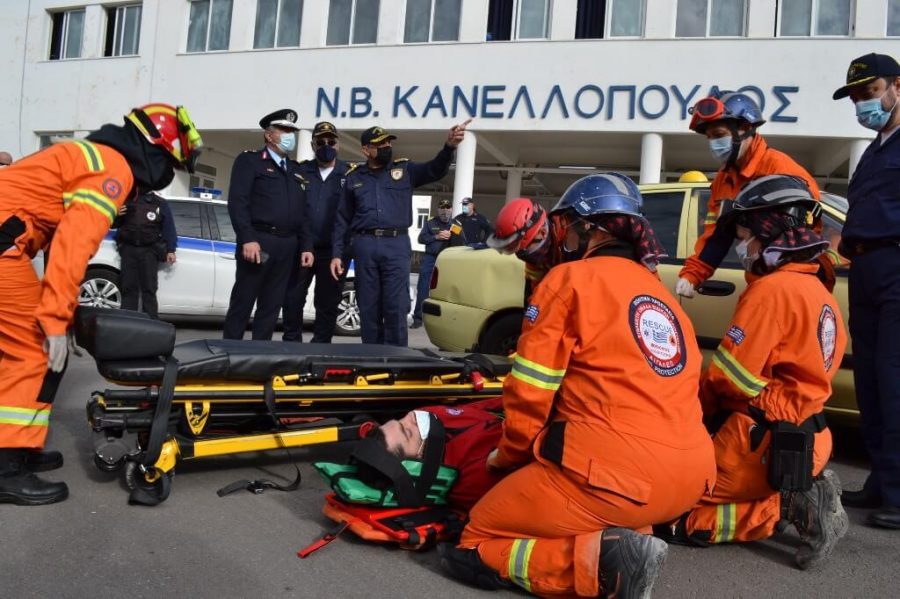 The Exercise was attended by personnel and means of the Navy, the Mobile Disaster Management Unit of the Hellenic Air Force, the Elite Team of Special Missions of Greece, the Greek Police, the Fire Service and the National Center for Emergency Care. In addition, observers from the General Secretariat for Civil Protection and the Attica Region participated in the exercise. 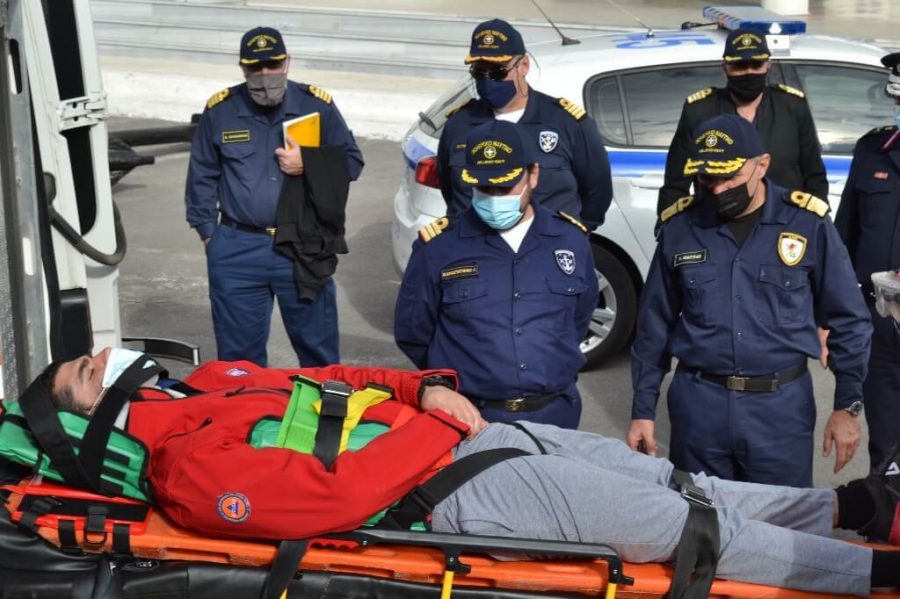 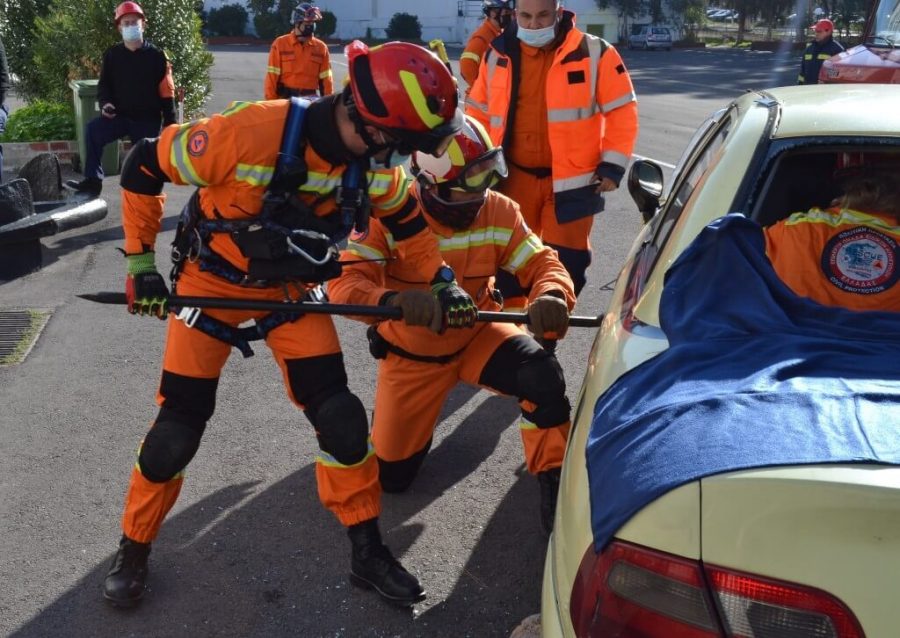 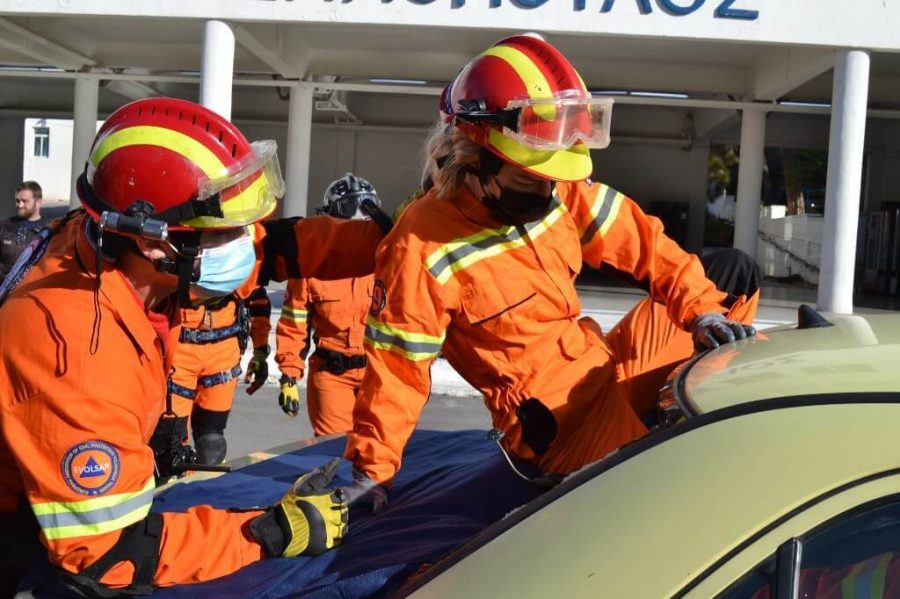 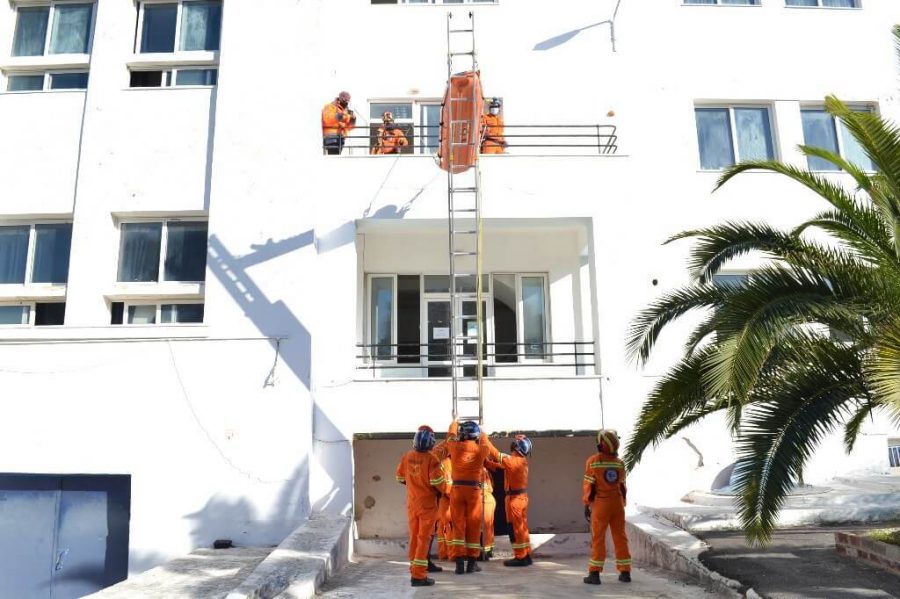