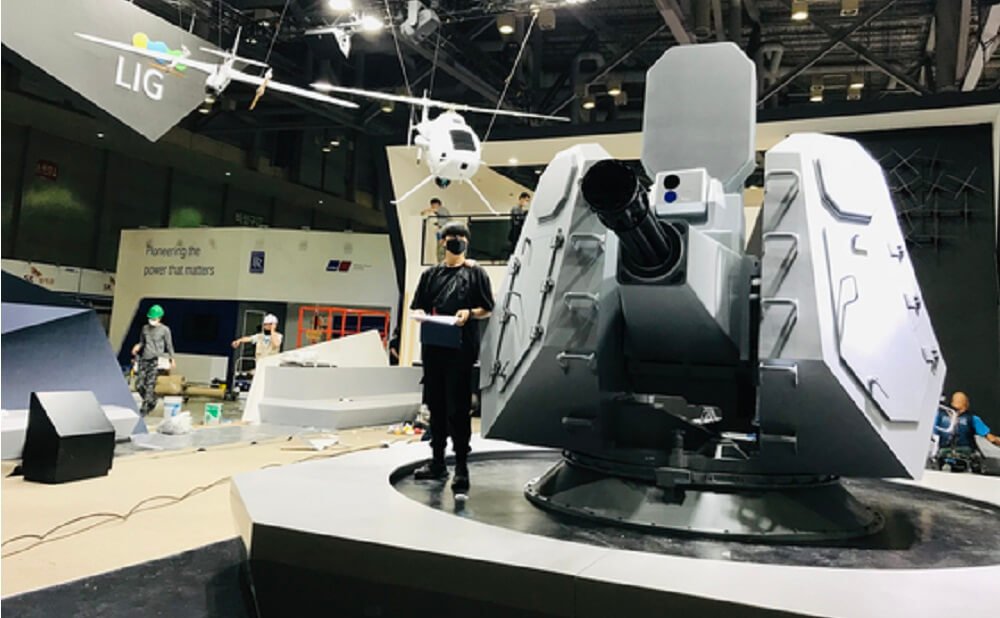 LIG Nex1 has received the highest score in the Republic of Korean Navy’s (ROKN) preliminary evaluation process for its close-in weapon system (CIWS)-II program, which involves the procurement of a new, locally-made defence system. According to Naval News, which cites the Seoul Economic Daily, this makes it likely that LIG Nex1 will be designated as the preferred bidder for the program.

The system will serve as the last line of defence for the following ROKN ships: FFX-III, KDDX, and CVX. According to the requirements of the South Korean Navy, the system should be more advanced than the existing CIWS versions. South Korea will spend 320 billion won (approximately 2.3 billion euros) on the program by 2030.

LIG Nex1 unveiled its plans for the program at MADEX Expo 2021 which took place in June. The system utilizes active electronic scanning radar (AESA) and an electro-optical targeting system (EOTS). The platform also mounts a 30mm Gatling machine gun capable of firing 4,200 rounds per minute, while it is also expected to use a specialized targeting algorithm designed specifically for the weapon.

Also read: Favourable opinion on the Navy’s PHALANX and the “VELOS” weapon system of the Hellenic Air Force – VIDEO