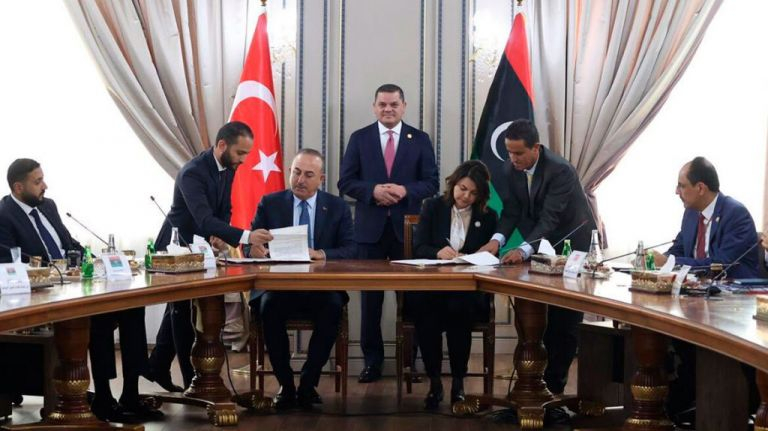 Five Libyan lawyers appealed to the competent court of Tripoli in Libya against the recent memorandum on hydrocarbons signed by the interim government of the National Unity of Abdelhamid Dbeiba and Turkey. As Athens emphasizes, the said memorandum violates the sovereign rights of Greece and international law, while it is a deliberate escalation that undermines stability in the region.

The appeal requests, according to Al-Arabiya, the annulment of the memorandum, arguing that the Dbeiba government is not authorized to conclude international agreements, that the agreement was called a memorandum of understanding, even though it is an economic oil agreement, violating many provisions of the Petroleum Law, most notably the lack of experience of Turkish companies in this field. 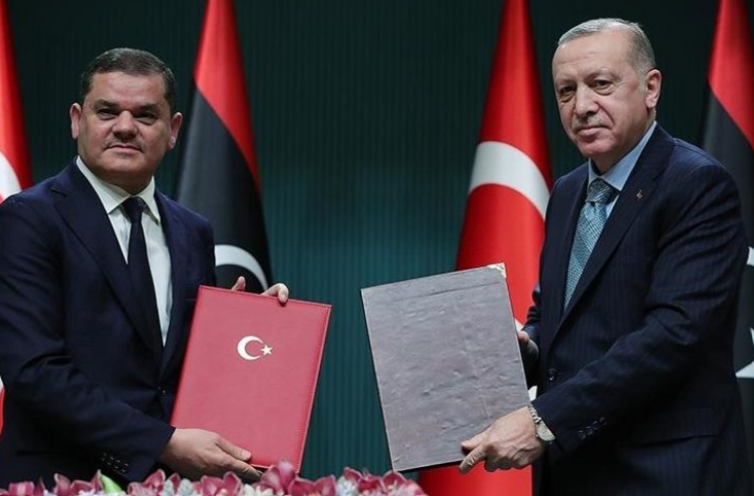 Administrative Judicial Department of #Tripoli Court of Appeal receives appeal against maritime agreement signed between #Dbeibeh's Government of National Unity and #Turkey for cancelling it. pic.twitter.com/Mv00Xca7Y5

At the same time, the lawyers filed a request for an interim order for its immediate suspension, because it illegally usurped from the Libyan National Oil Company its exclusive jurisdiction over oil trade and contains texts that need different interpretations, with irreparable impact if Turkey implements the agreement.

The appeal was accepted as to the admissibility of the testimony, while a determination of jurisdiction and issuance of a decision are awaited. If it is annulled in court, Turkey can theoretically seek compensation from Libya for lost profits, claiming that it signed the agreement in good faith and did not expect it to be annulled.

This development, depending of course on its outcome, can automatically untie the hands of Greece, Egypt, and other countries with a legitimate interest, which would seek the annulment of the memorandum.