ARMAMENTS
KF-51 presentation | Rheinmetall revives the German Panther with a new concept in battle tanks at EUROSATORY 2022
Defence Redefined
Published on 19/06/2022 at 18:39 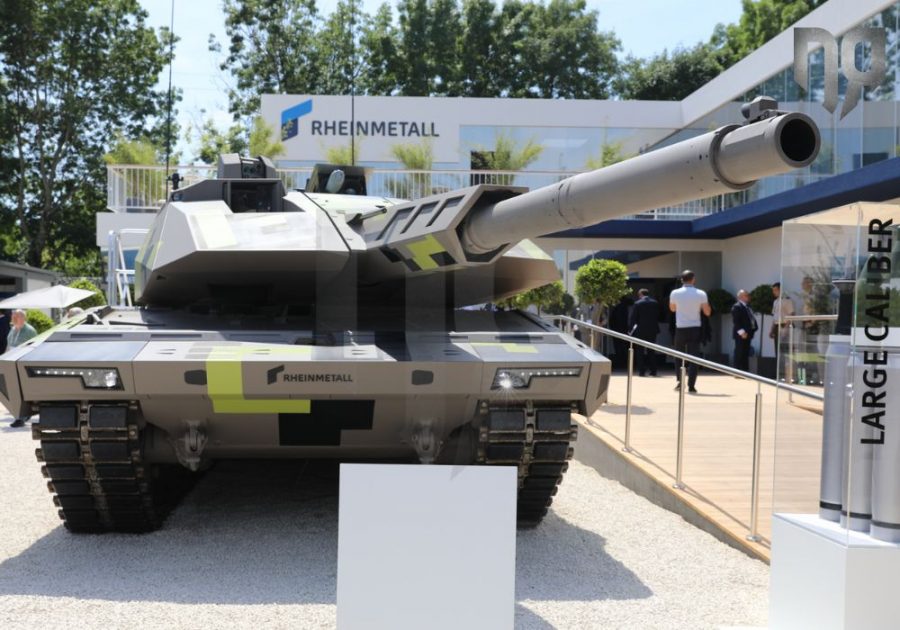 The vehicle photos, taken during the preparation of Rheinmetall’s pavilion on June 12 – and now circulating online – have attracted the interest of the public while the specifications and capabilities of the new vehicle have made a great impression. The battle tank, however, made an even greater impression in a face-to-face meeting like the one DEFENCE ReDEFiNED team had at Eurosatory, with the massive 130 mm cannon, the first of its kind.

According to the company, the KF-51 sets new standards in all areas, namely lethality, survivability, mobility, networking, and reconnaissance. With its main armament, the 130 mm smoothbore Future Gun System (FGS), along with the 0.50” coaxial machine gun and the possibility of being equipped with loitering munition, this tank features superior firepower together with optimal situational awareness on the battlefield.

The general characteristics of the tank made public concern the operational weight – 59 tons – and its range which, according to Rheinmetall, is 500+ kilometers. In addition, the tank features 4 seats (2 in the chassis and 2 in the turret), while it can carry a 3-member crew (commander, driver, gunner). The 4th position is intended for a platoon or other formation commander or a drone operator, depending on the mission. Furthermore, thanks to the panoramic SEOSS optical sensor and EMES main combat aiming device, the commander and gunner are both able to observe and engage targets independently of each other, both day and night, while a stabilized daylight and IR optic with integrated laser rangefinder is available to both. 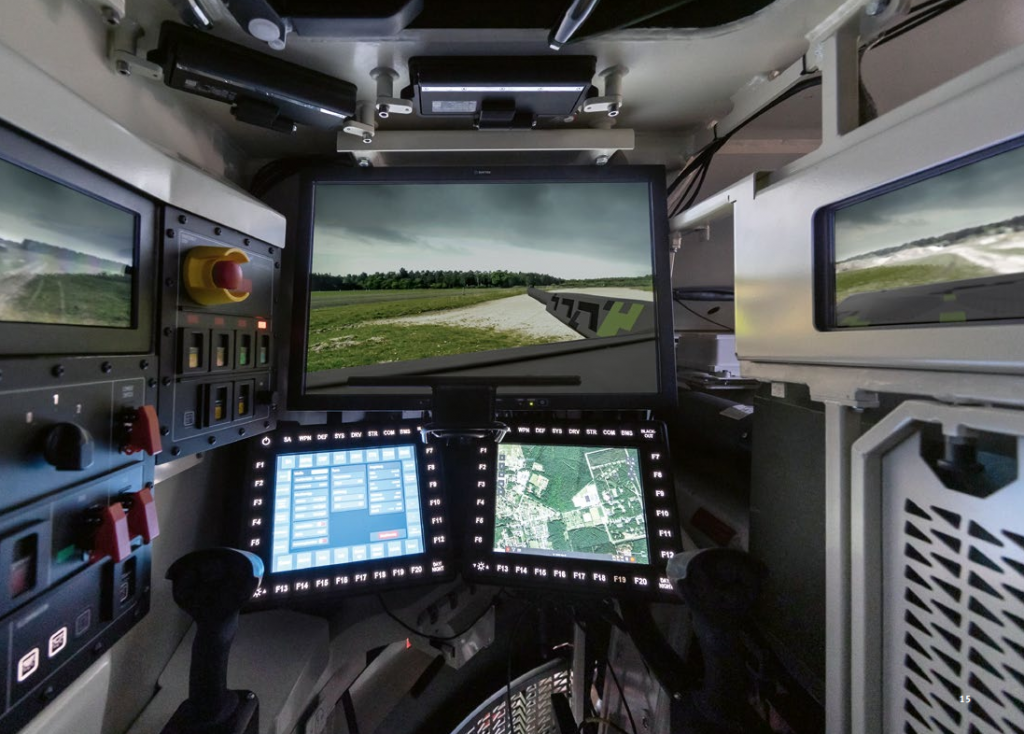 The 12.7 mm coaxial machine gun is complemented by the 7.62 mm machine gun installed at the “Natter” RCWS. The machine gun is fed with 2500 rounds providing flexibility in the defence against enemy drones and other threats. Various other options for the integration of RCWSs are also available.

The system in question was showcased at the DEFEA exhibition last year where we had the opportunity to see it, along with the other ammunition of the HERO family. The technical characteristics of the Hero 120 are summarised as follows:

All weapons in the KF-51 are connected to the commander’s and gunner’s optics and the fire control computer via the fully digitalized NGVA architecture. This

enables both a hunter-killer and a killer-killer function and thus instantaneous target engagement – in the future also supported by artificial intelligence (AI).

The KF-51 Panther, according to Rheinmetall, will incorporate all available protection solutions such as passive and reactive protection technology as well as an Active Protection System (APS). The KF-51 will be able to launch a first strike hit in case of an imminent threat due to its pre-shot detection capability and increased situational awareness, something that can be also enhanced by the HERO 120 loitering munitions. 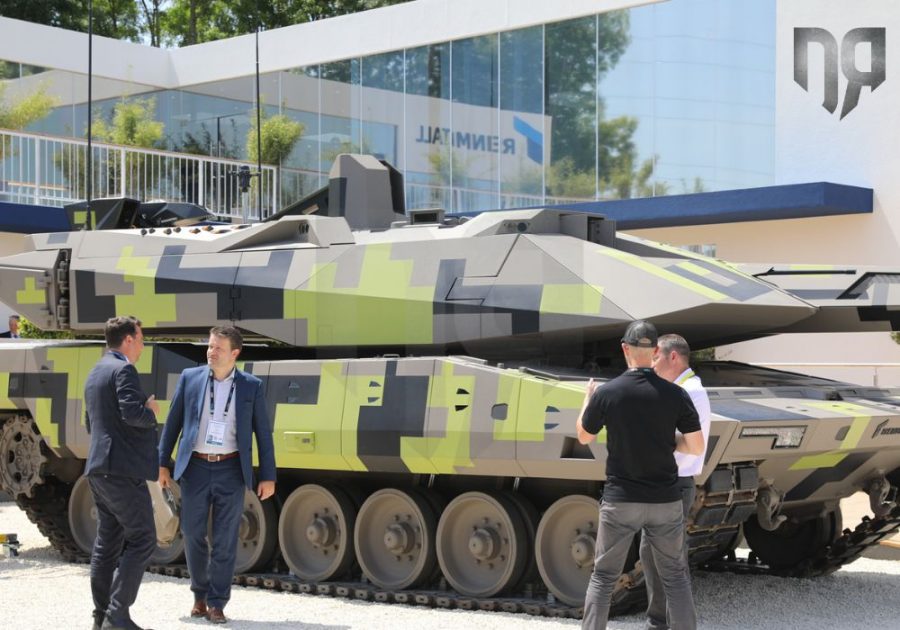 More specifically, as far as it concerns the survivability package of the tank, apart from mine protection the tank will feature an active protection system that protects against large-caliber kinetic energy (KE) shells and Anti-Tank Guided Missiles (ATGMs). Furthermore – as expected – the tank is fitted with ROSY smoke obscurance system which in only 1.5 seconds creates a layer of smoke that provides the tank with 360-degree protection against multiple attackers, including stream and wave attacks. Moreover, thanks to effective screening in the visual and infrared spectrums, including integrated IR jamming and decoying effects, ROSY effectively counters conventional weapons, weapons with optical devices, and laser distance measurement. 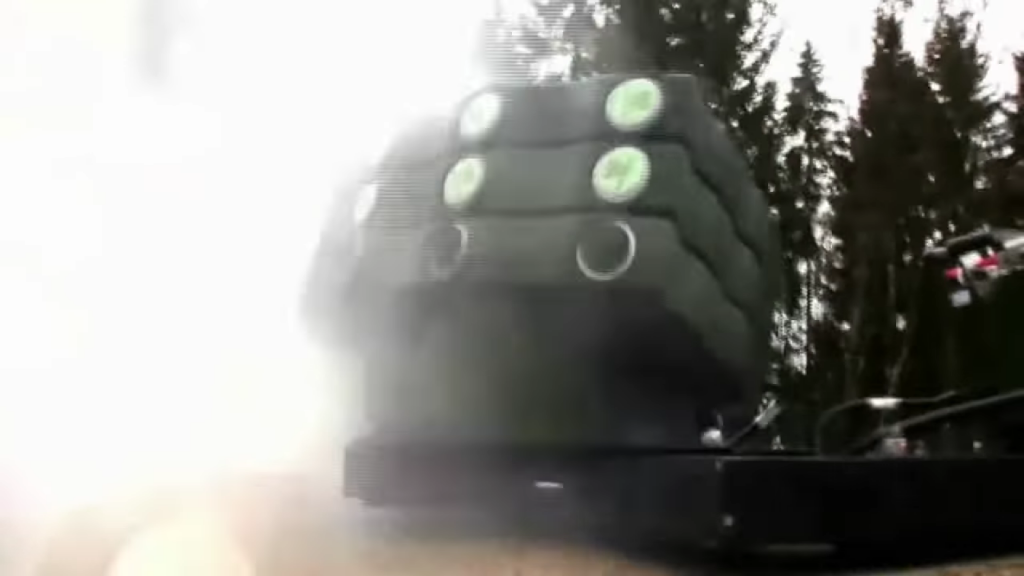 In addition to the above, the KF-51 also features a Top Attack Protection System (TAPS), but no further information about it has been provided.

Panther’s fully digitized NGVA architecture not only allows for seamless sensor and effector integration both within the platform and cross-platform, but also enables spiral development that can be regularly updated in line with innovation cycles. According to Rheinmetall, in the near future, there will be further innovations that support environmentally-friendly peacetime operations and further optimization in terms of automation and effectiveness of the new MBT family.