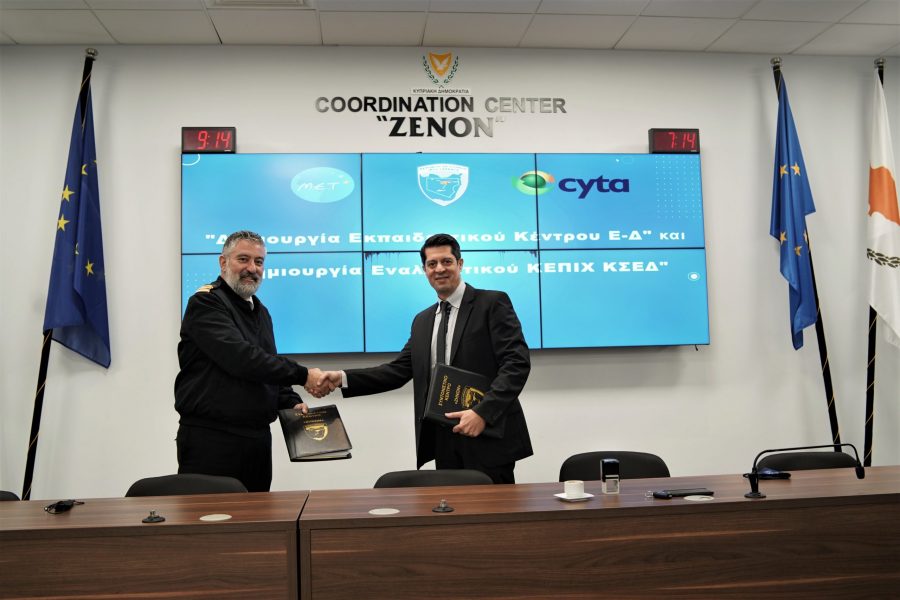 According to an announcement of the Joint Rescue Coordination Center, on Tuesday, December 14, 2021, in presence of the Ministers of Defence, Transport and the Director General of the Ministry of Transport, the JRCC signed agreements on the implementation of two important projects which will contribute to the further improvement of the provided Search and Rescue services in the area of ​​responsibility of the Republic of Cyprus.

Specifically, agreements have been signed between JRCC and CYTA for the establishment of an Alternative Search and Rescue Operations Center which will maintain the uninterrupted operation of JRCC even in cases of emergency as well as for the establishment of a Search and Rescue Training Center to provide training to the personnel of both the Republic of Cyprus and of foreign countries.

Both projects will be financed by the European Fund Unit of the Ministry of Interior through co-financing from the EU Internal Security Fund and the Republic of Cyprus, and their completion is expected in the 4th quarter of 2022. The agreements were signed, on behalf of the European Fund Unit, by the the Head of the latter, Konstantinos Kyprianou, the Chief Executive Officer of CYTA, Mr. Neokleous, and the Commander of JRCC, Lieutenant Commander Andreas Charalambidis.