Italian Ambassador to Congo killed in an armed attack by rebels – Photos
Defence Redefined
Published on 22/02/2021 at 17:46 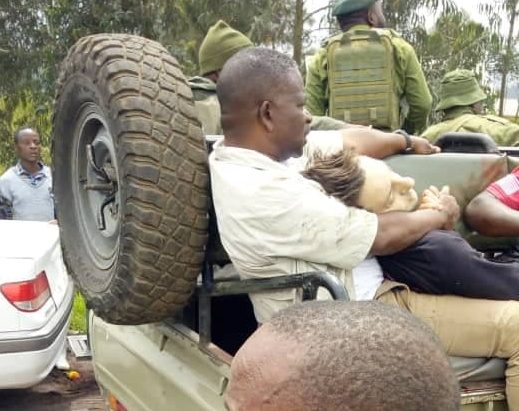 Italy’s Ambassador to the Democratic Republic of Congo and a member of the military police, who was traveling with him today, were killed in an armed attack targeting a convoy of the UN’s World Food Program (WFP) in eastern Congo, the Italian Foreign Ministry said in a statement.

Luca Attanasio, Italy’s ambassador to the country since 2017, Officer Vittorio Iacovacci and their driver were killed. Other members of the convoy were injured, the WFP said.

Italian Ambassador shot dead in DRC.
According to reports, the convoy of the World Food Program was attacked by millitants near Goma in eastern DRC.#NBSUpdates
Courtesy 📸 pic.twitter.com/Ha78kg1n5u

EU Foreign Policy Chief, Josep Borrell, briefed the foreign ministers on the incident at a meeting in Brussels and expressed his condolences to Italy and the United Nations.

“The news is extremely worrying and we are closely monitoring the situation with the EU delegation in Congo,” said EU Commission spokeswoman, Nimbala Masrali.

The Italian President, Sergio Mattarella, and Prime Minister, Mario Draghi, expressed their condolences to the families of the victims. Foreign Minister, Luigi Di Maio, has vowed to find out who was responsible for the attack.

“The circumstances of this brutal attack are still unclear and no effort will be spared to shed light on what happened,” he said in a statement.

Attanasio was awarded the Nassiriya International Peace Prize in October in a ceremony held at a church in southern Italy. The 43-year-old diplomat leaves behind a woman and three small children.