Israeli attacks near Damascus for the second time in a week – VIDEO
Defence Redefined
Published on 25/11/2020 at 09:56 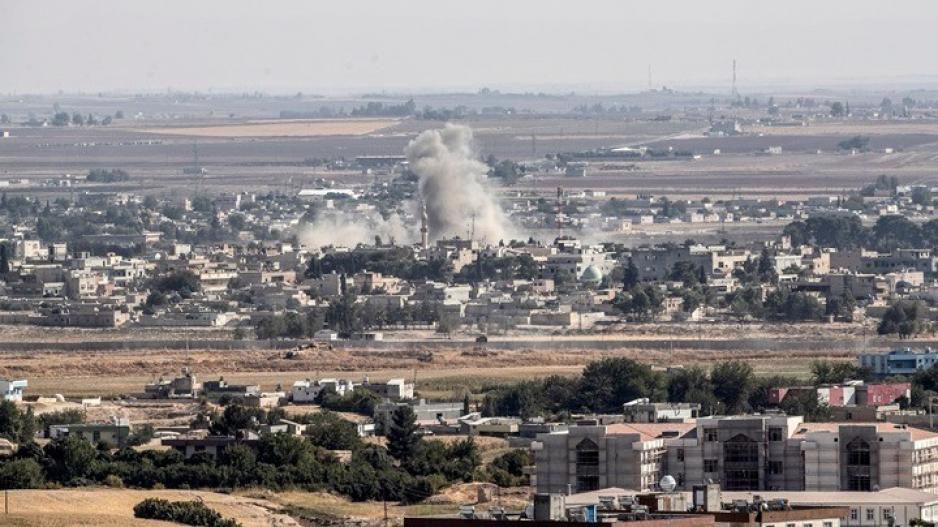 The Syrian state news agency SANA spoke in the early hours today about two Israeli “attacks” that were launched on Tuesday night, one in the southern part of Syria, one near Damascus.

The “attacks”, a term used by the Syrian authorities to refer to airstrikes, were carried out near the village of Ruihina in the southern province of Quneitra and in the Jabal al-Manea area of ​​Damascus province, the agency said. No casualties have been reported so far.

SANA later quoted a source close to the army as saying that “the Zionist enemy launched an air strike on the occupied Syrian Golan Heights against (an area) south of Damascus.” The source said no casualties had been reported so far. Part of the Syrian Golan Heights, a zone of strategic importance, was occupied by Israeli forces during the Six Day War (1967).

The Israeli armed forces have launched hundreds of airstrikes and rocket attacks on Syria since the outbreak of war, targeting forces of Iran, the Lebanese Shiite group Hezbollah and Damascus. Last Wednesday, Israeli warplanes struck Iranian and Syrian positions from the air, in retaliation for the Israeli army’s discovery of improvised explosive devices near one of its bases in the Golan Heights.

SANA reported that day that three members of the Syrian Armed Forces had been killed and another wounded, while the Syrian Observatory for Human Rights, a British-based NGO, had reported that seven foreign fighters fighting alongside the Syrian government were also killed.

On Saturday, airstrikes in eastern Syria killed 14 fighters from Iraq and Afghanistan near Iran, according to the same NGO, which estimated that it may also have been an Israeli operation.

The war in Syria has claimed the lives of more than 380,000 people and displaced millions more since it broke out in the spring of 2011, sparking a crackdown on anti-government protests.

“Turkey is an important ally, the second largest NATO military force and if you look at its location, it is at a critical…

USA | Armed protesters and 25,000 National Guard soldiers in the streets ahead of the Biden inauguration – VIDEO

At least 25,000 National Guard soldiers guarding the US Capitol are patrolling the city streets, amid concerns…

Lieutenant General Andreas Pentaras, together with Ntinos Finikaridis and Christos Iakovou, director of the Cyprus…

Meeting to review and exchange views on military cooperation issues

In view of the completion of his tenure, the UK Defence Advisor in Cyprus, Colonel Martin Forgrave, visited the

“The expansion of territorial waters in Crete will also affect the eastern part of the island,” said Nikos Dendias….

Markos Drakos | The action and death of ΕΟΚΑ’s “Lycurgus” – Photos

Born on September 24, 1932, the fighter and hero Markos Drakos was one of the most active members of EOKA…