Inauguration Ceremony of Integrated Air and Missile Defence Centre of Excellence
Defence Redefined
Published on 21/10/2021 at 09:00 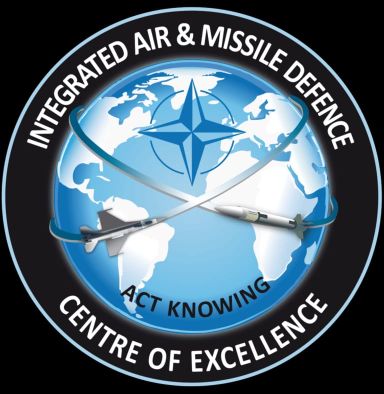 The inaugurated Center of Excellence is the 27th accredited NATO Center of Excellence. It was established as an Alliance entity on April 8, 2020, with the signing of the Operational Memorandum of Understanding between Greece, as the Framework Nation, and Bulgaria, the Czech Republic, Romania, and Turkey as the Sponsoring Nations. The processes of its activation and inclusion in the international regime of the Paris Protocol were completed by the North Atlantic Council on January 25, 2021. 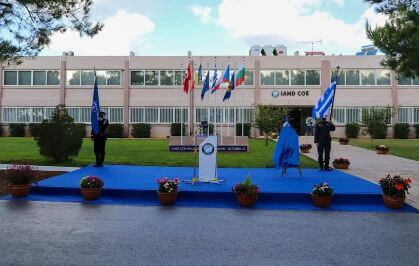 The Chief of GEETHA thanked the distinguished guests for attending the ceremony, referring to the significant added value of the Center and NATO Missile Defence, given the important allied facilities based in Crete as well as the outstanding strategic importance of the island at both a national and allied level. 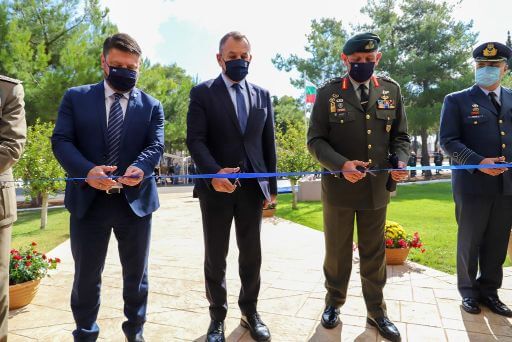 He also referred to its significant contribution to maintaining the Alliance’s technological advantage in the critical area of ​​Air Defence and Missile Defence as well as to promoting and ensuring stability in the region of the south-east of NATO, together with other Alliance structures in Crete. 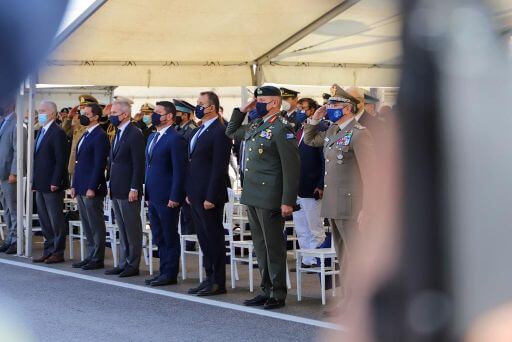 Also, the Chief of GEETHA congratulated the Commander and the Staff of the Center of Excellence on the efforts made in order to implement its rapid and complete integration in the Structures of the Alliance. In addition, he thanked the GEETHA personnel who were significantly involved in the intensive and tireless efforts for the timely and successful accreditation of the Center at all levels.

Finally, he made a special reference to the former Supreme Allied Commander Transformation, André LANATA, as well as to the Deputy Supreme, Paolo RUGGIERO, who adopted and supported the vision for the establishment of this Center, while warmly thanking all efforts by allocating the necessary resources and the personnel required.