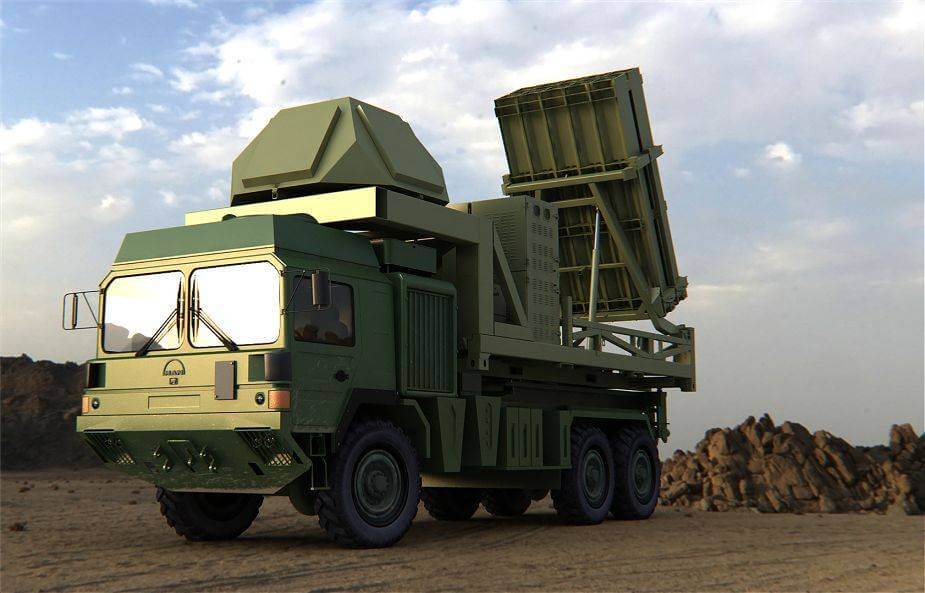 The I-Dome is a system developed and manufactured by Rafael Advanced Defense Systems.

It is a dual-use system, which can also be characterized as a Counter Rocket, Artillery, and Mortar (C-RAM) system and a very SHOrt Range Air Defence (vSHORAD) system.

Its mission is to protect friendly developed forces, strategic installations, residential and urban areas from multiple threats as well as to deal with saturated attacks. 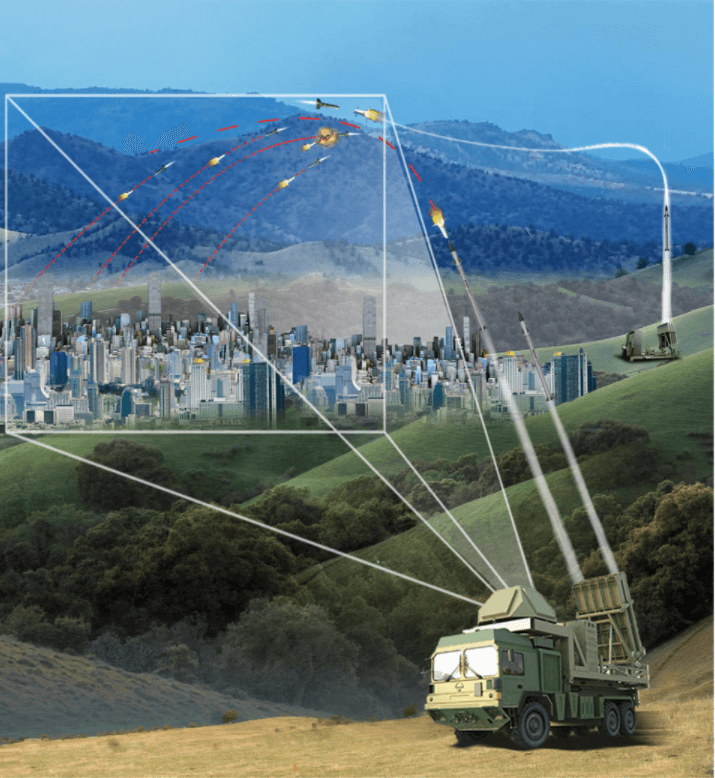 The I-Dome is an integrated system, whose individual systems are installed on a truck, consisting of a 6×6 truck/chassis launcher containing 10 Tamir interceptors, a Battle Management & Control (BMC) unit and a multi-role radar with Active Electronically Scanned Array Multi-Mission Radar (3D AESA MMR) technology.

This system is a variation of the combat-proven Iron Dome with more than 2,000 interceptions and a success rate of over 90%.

Still, it has a quick reaction time, operating day and night, under all weather conditions, either as a stand-alone system or as a system of systems in networked multilayered air defence.

This system can detect an attack coming from four to 70 km away and then, after first monitoring the trajectory of the rocket and “locking” it, it launches an interceptor missile. The 70 km is estimated to be the range of the radar, with the missile itself being able to reach a range of about 10 to 15 km, while its engagement height is estimated to be no more than 10 km.

It is the most advanced and “smart” missile defence system developed by Israel, as it can estimate exactly where the enemy missile will hit. If it is estimated that it will hit a key target (critical facilities, residential areas), then it launches the interceptor against it.

Cyprus is at an advanced stage in acquiring a variant of Israel’s state-of-the-art Iron Dome air defence system, according to the Cypriot channel Sigma. The release of funds is still outstanding. Therefore, the Cypriot Ministry of Defence is expected to submit a request to be included in the state’s budget.