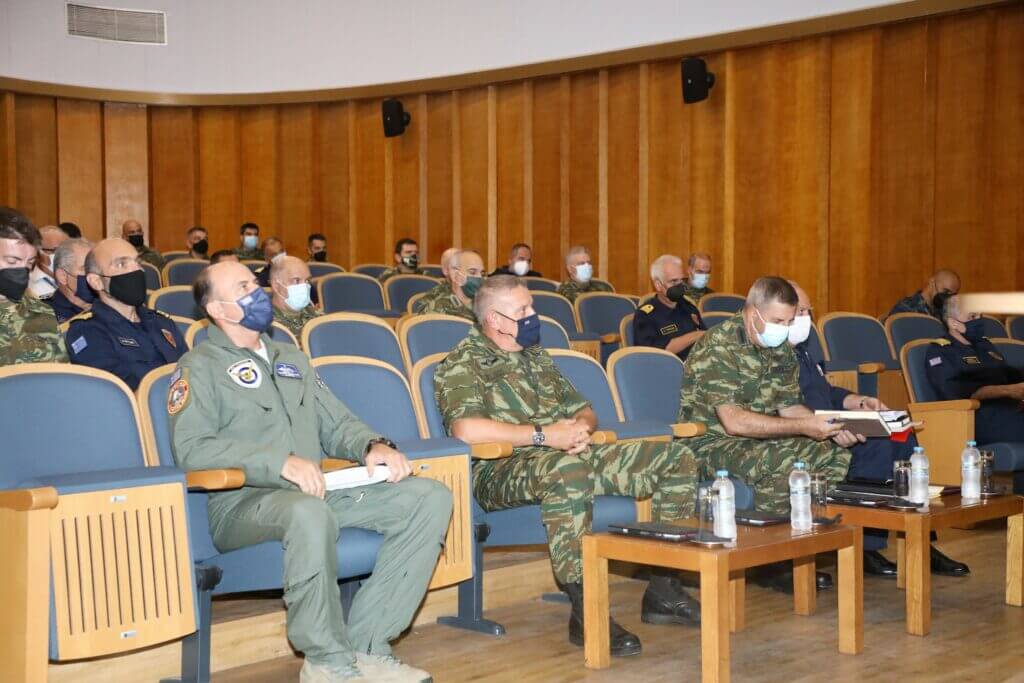 “Parmenion” is a large-scale exercise, which was designed and coordinated by GEETHA, with the assistance of the General Staffs with regard to the training of personnel in operations and involves Armored, Artillery and Mechanised Infantry Units in cooperation with the Hellenic Air Force and Army Aviation.

According to the announcement of the Army, the final phase of Parmenion will be held on September 29, in the morning, at the firing range “Psilos Stalos” in Lavara of Evros, while in the evening of the same day the exercise will continue at the firing range “Aetos” in Alexandroupolis.

For this reason, the 12th Mechanised Infantry Division issued an announcement that from Monday 20 to Wednesday 29 September 2021 from 07:00 to 00:00, in the context of the Tactical Exercises “PARMENION – 21” and “NIGHT LIGHTNING – 21”, munitions of curved and straight-track trajectory will be fired at the Exercise-Shooting Field “AETOS”. The areas, enclosed by the following points, are characterized as dangerous:

In the above area, the movement or stay of people, vehicles, and animals are forbidden during the firing so as to avoid accidents. Non-explosive munitions that may be detected should not be moved and the nearest military, civilian or police authority should be notified immediately.

The Exercise which was designed and coordinated by GEETHA will be held from Friday 24 September to Friday 01 October 2021 in the entire Area of ​​Responsibility of the Chief of GEETHA.

During the initial briefing, the Chief of GEETHA gave directions for the safe and successful conduct of the Exercise, giving special emphasis to the conclusions from the incidents the Armed Forces were called to manage in the period 2020 – 2021, in the lessons learned from previous exercises, in dealing with realistic pre-planned and unexpected incidents in accordance with the procedures in force, shedding light on all the details which play a decisive role in the fulfillment of the assigned mission.

In the exercise, which is carried out on a 24-hour basis, apart from GEETHA, participate the General Staffs and the Major Commands, along with their following Formations and Units, to the extent required, the Security Forces as well as bodies of the Civil Sector.

The main objectives of the exercise are: