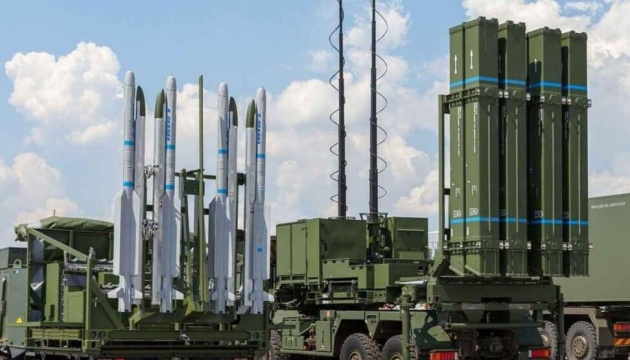 Hellenic Defence Systems signed a memorandum of cooperation with the German Diehl Defence on, among others, the construction of the IRIS-T GBAD air defence systems.

According to the announcement, Diehl Defence, which has been investing in the manufacture of missile systems and ammunition for many years, was represented by its President, Helmut Rauch, and Vice President of international sales, Joerg Sorg, who signed the memorandum with the CEO of Hellenic Defence Systems, Nikos Kostopoulos. The memorandum was signed in the presence of the Secretary General of the Ministry of National Defence, Antonis Oikonomou, the General Director of Defence Investments and Armaments, Admiral Aristidis Alexopoulos, the Deputy General Director of Defence Investments and Armaments, General Misail Papadakis, the Chairman of the Board of Directors of Hellenic Defence Systems, Athanasios Tsiolkas, as well as other officials.

The two sides agreed to work in order to expand the existing, proven and successful cooperation model, with obvious benefits for the Greek company, concludes the said announcement on the cooperation memorandum with the German Diehl Defence.