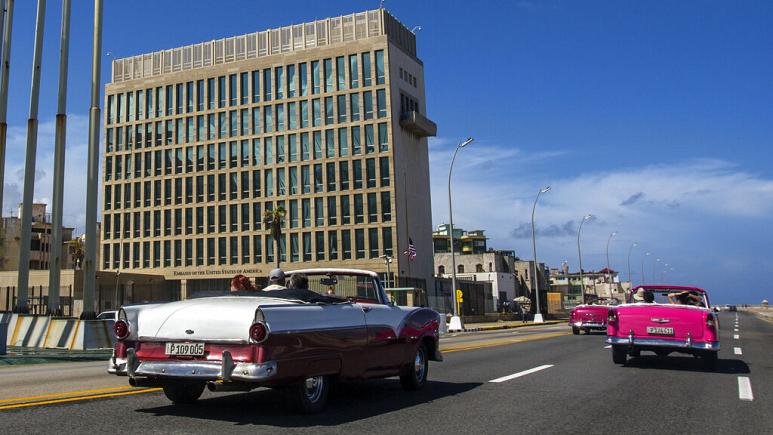 About 1,000 US diplomats and intelligence officials who have contracted a mysterious illness known as the “Havana Syndrome” may have been targeted with electromagnetic energy pulses, according to a report released today.

“Pulse electromagnetic energy, particularly in the radio frequency range, plausibly explains” the earache, dizziness and other symptoms of some of those suffering the condition, initially reported by American diplomats in Havana in 2016.

This report was written by experts inside and outside the government, at the request of National Intelligence Director, Avril Haynes, and Deputy CIA Director, David Cohen.

The combination of symptoms cannot be easily explained by known environmental or medical conditions among a subset of patients, the report said. The exact number of these persons is not disclosed in the report’s unclassified findings summary. Cases have also been reported in Russia, China, Tajikistan, and some African countries.

These findings are similar to those reached in 2020 by a study by the National Academy of Sciences. On January 20, a CIA interim report concluded that Russia or some other foreign power was unlikely to be behind the anomalous health incidents. The CIA noted, however, that about 24 of the 1,000 cases remain unexplained.

The report released today does not delve into responsibility. But its conclusions are likely to fuel frustration among current and former officials who do not yet have a clear explanation for the chronic condition. “We are not looking at attribution or assigning it to a foreign adversary. We stuck to the causal mechanism,” a US intelligence official told reporters.

The experts found that the symptoms are genuine and compelling, based on medical reports and interviews with doctors and patients. Yet there is a gap in the source of these electromagnetic pulses.

People who have been accidentally exposed to electromagnetic energy – such as radio waves, microwaves, and X-rays – have reported sensations similar to the symptoms reported by the ‘Havana Syndrome’ victims.

Ultrasound could also account for the symptoms, but only if a victim was in close proximity to the beam, because “ultrasound propagates poorly through the air and building materials.” Psychological factors, such as stress and depression, alone cannot account for the main symptoms of the syndrome.

Also read: Denmark | Accuses Moscow, Beijing and Tehran of espionage threats against it