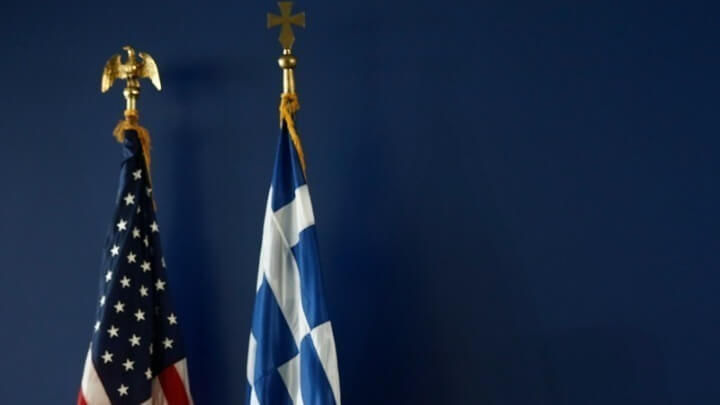 Following a roll call vote with 181 votes in favor and 119 against, the Plenary Session of the Parliament approved the “ratification of the second protocol of amendment to the Mutual Defence Cooperation Agreement between Greece and the United States of America”.

All 157 New Democracy MPs along with the 22 MPs of PASOK-KINAL and the two independent MPs, Konstantinos Bogdanos and Konstantina Adamou, were in favor of the new upgraded Greek-US agreement.

The discussion held was tense, with the Prime Minister saying that the agreement serves national interests and it constitutes a vote of confidence in the country. Kyriakos Mitsotakis accused the opposition of saying “no” to a development that is upgrading Greece.

“We do not soar in the four corners of the horizon, nor do we declare ourselves uncommitted so as to commit ourselves to the unknown. We state it clearly: we support the alliance of the West. The Enlightenment is where we come from and support the Republic,” said the Greek Prime Minister.

President of SYRIZA, Alexis Tsipras, argued that the agreement included significant concessions on the part of Greece without any compensation or security guarantees, accusing the government of choosing “the most dangerous change in the country’s foreign policy since the political changeover period.”

“I am afraid, Mr. Mitsotakis, that what you are doing today would not be done by any Prime Minister – no Prime Minister has done it in the country since the political changeover period, including your father – and neither would any ally country ever do it. Only a satellite country can do that. Because this is called ‘satellitization’ of the country” Mr. Tsipras pointed out.

According to Euronews, the new cooperation protocol extends for five years the validity of the existing agreement between Athens and Washington. It stipulates, among other things, that the US can maintain and operate “military and auxiliary facilities” at Hellenic Armed Forces facilities in Volos, Litochoro, Alexandroupolis, and the Souda Naval Base.

Despite the fact that this Agreement was ratified only today, the defence cooperation between the two countries continues uninterrupted. In particular, the US Pentagon, recognizing the importance of Crete and the facilities provided to the US Armed Forces, has submitted a request to the Ministries of Foreign Affairs and National Defence for the deployment of 10 fifth-generation F-35s and 14 F-15 fighter jets at the 115th Combat Wing in Souda.

According to Kathimerini, the time horizon for the deployment of these fighter jets is the second fortnight of July, with the obvious purpose of carrying out exercises and operations with these state-of-the-art US fighters. The total number of US Air Force personnel that will accompany the operation is some 500 people, including pilots, engineers, and support personnel.

At the same time, it should be noted that in recent years, tens of millions of dollars have been invested by the United States in upgrading facilities in Souda, which are apparently able to accommodate, albeit for a limited time, next-generation aircraft such as the F-35.

On the Greek side, the General Staffs are preparing a proposal for the acquisition of used Black Hawk helicopters by the US, as announced by the Minister of National Defence, Nikolaos Panagiotopoulos, among others in Parliament, during the debate on the ratification of the amended Mutual Defence Cooperation Agreement between Greece and the USA.

Regarding the 1,200 used M111 Armored Security Vehicles, he stressed that another batch of 270 vehicles will be received by June 10, raising the number of arrived in Greece to 444.

Also read: OLYMPIC COOPERATION 21 | Exercise within the framework of MDCA

At the same time, however, Special Forces from Greece and the USA participate jointly in a number of exercises in May, either bilaterally or at an allied level. First of all, the bilateral joint exercise of amphibious and landing operations “Alexander the Great” takes place in the wider sea area of ​​the Pagasetic Gulf and in the Northeast Aegean.

At the same time, the “Trojan Footprint” exercise is underway, led by the US Special Operations Command Europe (SOCEUR), with the participation of forces from Albania, France, the USA, the United Kingdom, and Italy. Bilateral is the transnational exercise “Stolen Cerberus”, which involves the transportation and drop of personnel and supplies in various zones (Rhodes, Lemnos, Nea Peramos, Megara, and Larissa).

Also, Special Forces officers will participate in the “Swift Response” exercise in Northern Macedonia, which takes place in the context of the wider “Defender Europe” exercise with the participation of Albania, Greece, the USA, and the United Kingdom, Italy, and Montenegro.