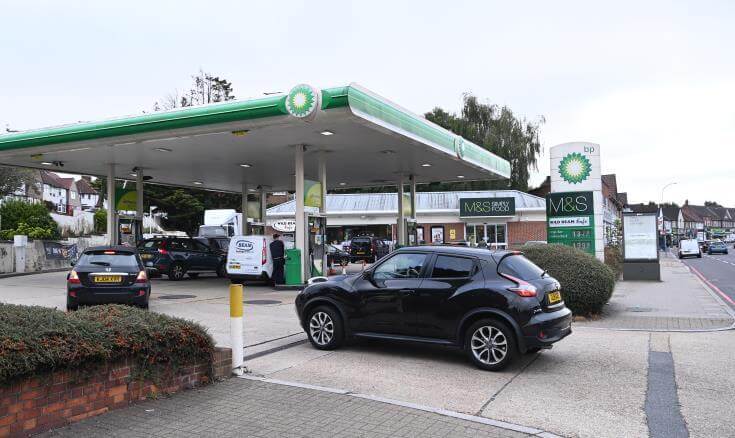 British troops will be behind the wheel of tankers from Monday, to increase fuel deliveries at service stations in the United Kingdom, where queues of vehicles are forming for the ninth day.

Significant shortages of tanker drivers have caused fuel shortages at many service stations across the country.

The president of the Oil Retail Association, Brian Maderson, said on Saturday morning that the situation at the gas stations has generally improved, as demand has somewhat been reduced, but noted that in some areas the situation “remains critical”.

These areas are mainly located in London and the southeast of England, he added.

According to the latest data of the Association, now 16% of gas stations have run out of fuel, compared to 27% in the previous days. An additional 16% of service stations have only one type of fuel, either unleaded petrol or diesel.

Mr. Maderson confirmed that soldiers would be completing their training this weekend to take on fuel delivery on Monday.

According to Defence Secretary, Ben Wallace, a total of 200 troops will be deployed as part of Operation Escalin to fill “critical gaps”. This operational plan was developed for the possibility of fuel shortages in the event of Brexit without an agreement.

Health Minister, Sajid Javid, said the situation was “stabilizing” and that the deployment of troops was being done as a precautionary measure.

The government has also announced that it is extending the initial three-month period of the temporary work visa, which will be issued to 5,000 drivers of heavy goods vehicles from abroad.