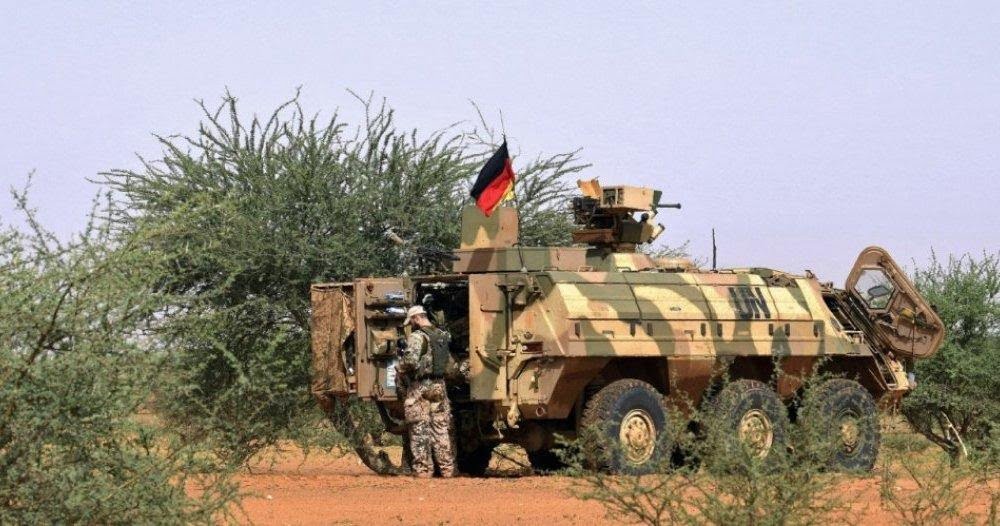 Following a car bomb attack against soldiers serving in the UN peacekeeping mission in Mali yesterday, a German Air Force transport aircraft was on its way to Africa to evacuate the most seriously wounded, according to information by the German Agency.

The Airbus A400M departed from Woodstorf Air Force Base near Hanover early in the morning. This type of aircraft can be converted into an ambulance with intensive care units (ICU). It has been used, for example, to evacuate COVID-19 patients to Germany from Italy and France.

The injured are expected to be transported from Mali to Cologne and possibly to Stuttgart within the day, always according to dpa information. Fifteen United Nations blue helmets, most of them German soldiers, were wounded in northern Mali yesterday when a bomb attack took place with a car full of explosives against a temporary UN force post.

Three of the 12 German blue helmets are seriously injured, the German Defence Minister clarified. Both are in stable condition, the third underwent surgery. It was the worst attack on a German military mission in Mali.

The UN mission in Mali, MINUSMA, reported 15 wounded in the car bomb attack on a mission base near the village of Isagara.

MINUSMA had set up this base on Thursday to proceed with the towing of the mission vehicle, its spokesman explained. The vehicle was damaged earlier the day before yesterday, when an improvised explosive device (IED) was detonated. The device struck shortly after noon in front of a MINUSMA convoy escorting a “reorganized” Mali Armed Forces battalion, a unit of former guerrillas who had previously fought against the tactical army in the north before the 2015 peace deal was signed, clarified a source close to the international forces.

MINUSMA, which has about 18,300 members, including 13,200 troops, is often the target of attacks, as are forces from Mali and France. It is the MINUSMA mission that suffers the most casualties worldwide.

German Foreign Minister Haiko Maas condemned the “abominable attack” which once again “underlines how important it is to deal with terrorists”. German Federal President Frank-Walter Steinmeier said he was “shocked”.

UN Secretary-General Antonio Guterres denounced the attack, saying he wished “a speedy recovery to our injured colleagues” in a statement issued by his spokesman in New York.

The diplomacy of France, a country that has suffered 50 casualties in the region since 2013, “strongly condemned the attack” and reiterated “its full support for MINUSMA, which plays a key role in the stabilization of Mali” and “praised the commitment of the contributing countries” to it, in a statement issued by Ced d’Orsay.

After more than nine years, French President Emmanuel Macron announced in June the drawing down of the French military presence in the Sahel, with the closure of bases and the reorganization of operations against the jihadists with the participation of an international alliance consisting mainly of European states.