For the first time Azerbaijan announces its casualties after Nagorno-Karabakh war
Defence Redefined
Published on 08/12/2020 at 11:28 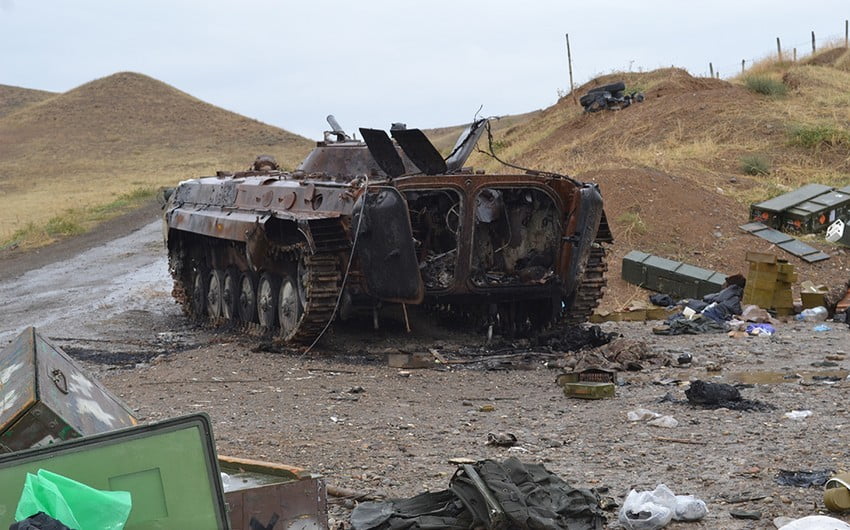 Azerbaijan claims to have lost nearly 2,800 troops in 44 days during the war with Armenian defence forces in Nagorno-Karabakh. This is the first time that Azerbaijan has revealed its casualties.

As a result, police in Azerbaijan have blocked roads in the center of the capital Baku, while passers-by stop to pay tribute to those killed during the recent conflict.

President Ilham Aliyev also paid tribute by laying a wreath at the Eternal Flame monument for the soldiers who were killed.

In the field, representatives of the Russian Ministry of Emergency Situations monitor and carry out repair work on apartment buildings, schools and kindergartens after the catastrophic war that destroyed many buildings and social infrastructure.

Also read: Armenia | The developments in Yerevan with the Russian flags – Photos

In addition, Turkish President Tayyip Erdogan will visit Azerbaijan on December 9. This will be the Foreign Minister’s first visit to Azerbaijan since the ceasefire in early November.

On its part, Armenia is mired in a political crisis. Citizens who oppose the ceasefire agreement signed by Prime Minister Pashinyan are protesting and calling on the government to resign.

The president of the country Armen Sarkisian, who until recently kept a low profile, seems to be coming to the fore.

He called on the government to assume its responsibilities and resign, and he himself visited Moscow.