First aerial refueling of an F/A-18 Super Hornet with an unmanned aerial vehicle is a fact – VIDEO
Defence Redefined
Published on 08/06/2021 at 13:11 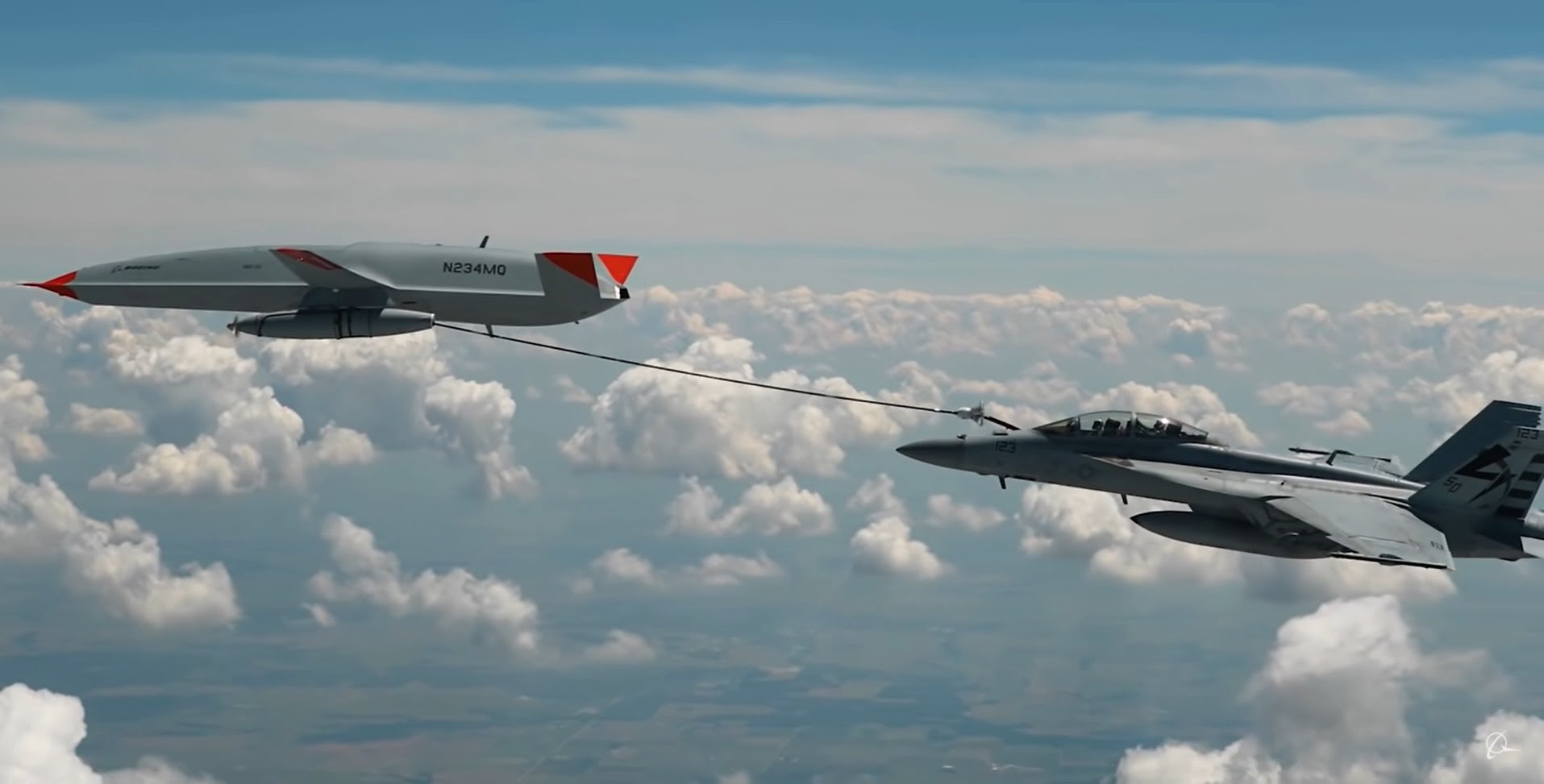 The US Navy has released a video showing an unmanned aerial vehicle being used for air refueling for the first time in history.

On June 4, the Boeing MQ-25 T1 unmanned test aircraft refueled another aircraft. During the test flight, the MQ-25 Stingray demonstrated its ability to carry out air refueling missions and successfully refuel a US Navy F/A-18 Super Hornet aircraft.

The MQ-25 Stingray unmanned vehicle is designed for the aerial refuelling of the F/A-18 Super Hornet fighters, the EA-18G Growler which are also manufactured by Boeing and the 5th generation F-35 aircraft of the rival company Lockheed Martin, according to PRNews.

“Their work (of the Navy and Boeing) is the driving force behind the safe integration of unmanned systems in the immediate future of defence operations,” said Leanne Caret, President and CEO of Boeing Defense, Space & Security.

The MQ-25 T1 will continue its test flights before it is sent to Norfolk, Virginia, for deck handling tests on an aircraft carrier.