Fire Service | These are the drones donated by the Hellenic Petroleum Group – Photos and VIDEO
Defence Redefined
Published on 27/07/2021 at 15:24 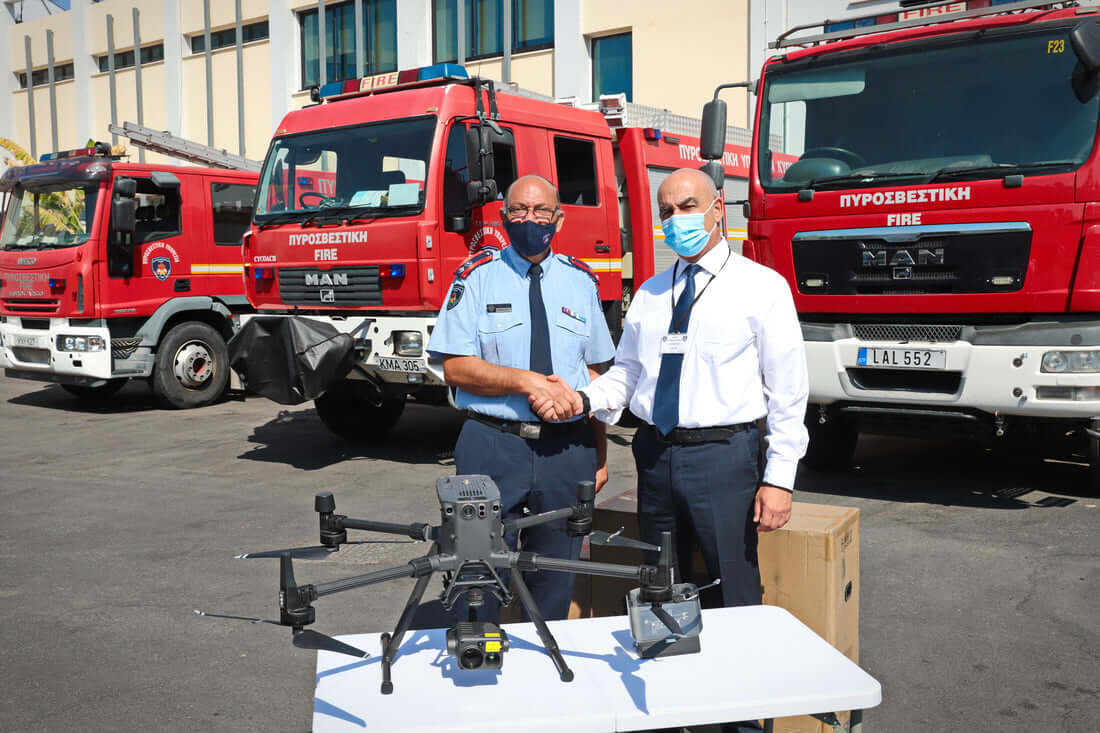 The Deputy Director of the Cyprus Fire Service Mr. Polyvios Hadjivassiliou after thanking Mr. George Grigoras, General Manager of EKO Cyprus, said for the donation: “The initiative of the Hellenic Petroleum Group to donate the two drones is extremely important for the Fire Department. and accepts the offer, with great pleasure “ 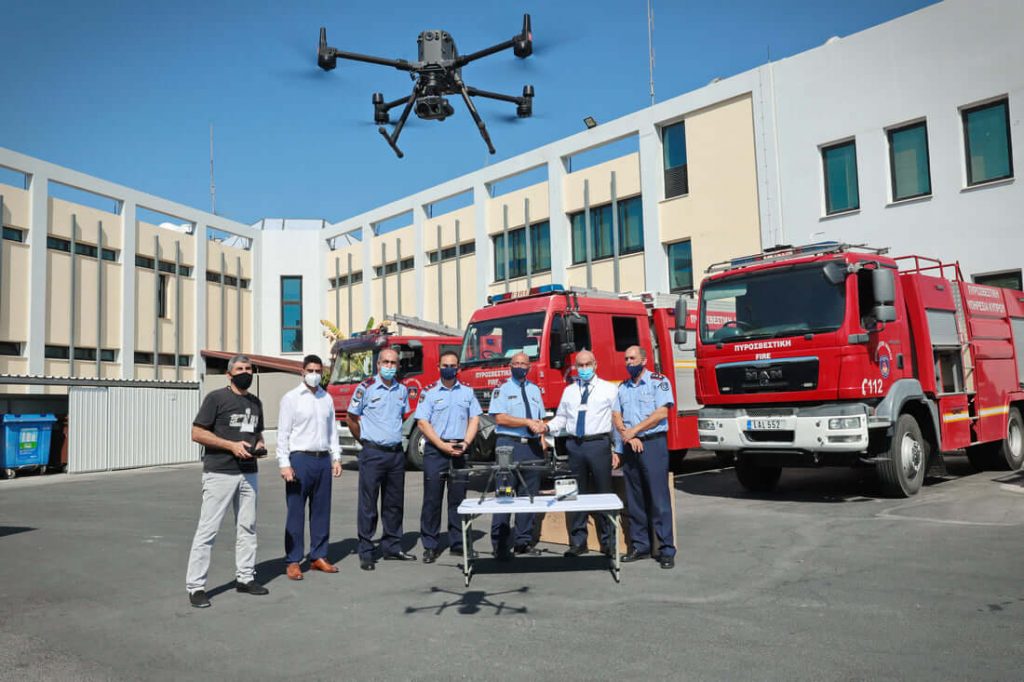 Continuing Mr. Hadjivassiliou stressed that in such a critical situation for our country, the equipment greatly facilitates and upgrades the difficult work of the members of the Service who operate on the fronts. In the recent fire as well as in previous cases we borrowed the drones from other services. Having our own state-of-the-art equipment we can immediately have all the data from the front and save the lives of those at risk. In addition, their use is not limited to agroforestry fires. “

The drones, according to the Deputy Director of the Cyprus Fire Service, can be used, among other things, for the purpose of searching for missing persons, for the purpose of surveillance of areas as well as in incidents faced by the Service within urban areas. As an example, Mr. Hadjivassiliou mentioned the assessments of areas after natural disasters in cases of floods, earthquakes or other events as well as assessments of areas after technological or other disasters. 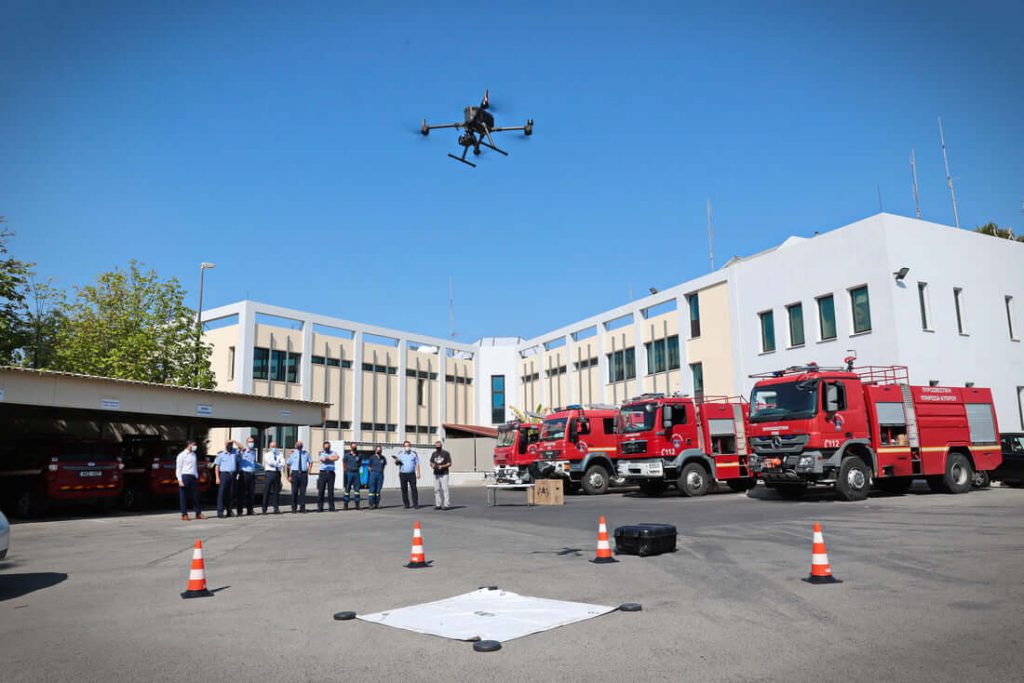 The two drones received by the Fire Service are the DJI Matrice 300 RTK  model equipped with high-resolution cameras including a radiometric thermal camera and a laser rangefinder. According to the manufacturer, they have autonomy for up to 55 minutes of flight and advanced artificial intelligence (AI) functions.

The service ceiling can reach an impressive figure of 7000 meters while the remote control transmission can reach up to 15 kilometers.