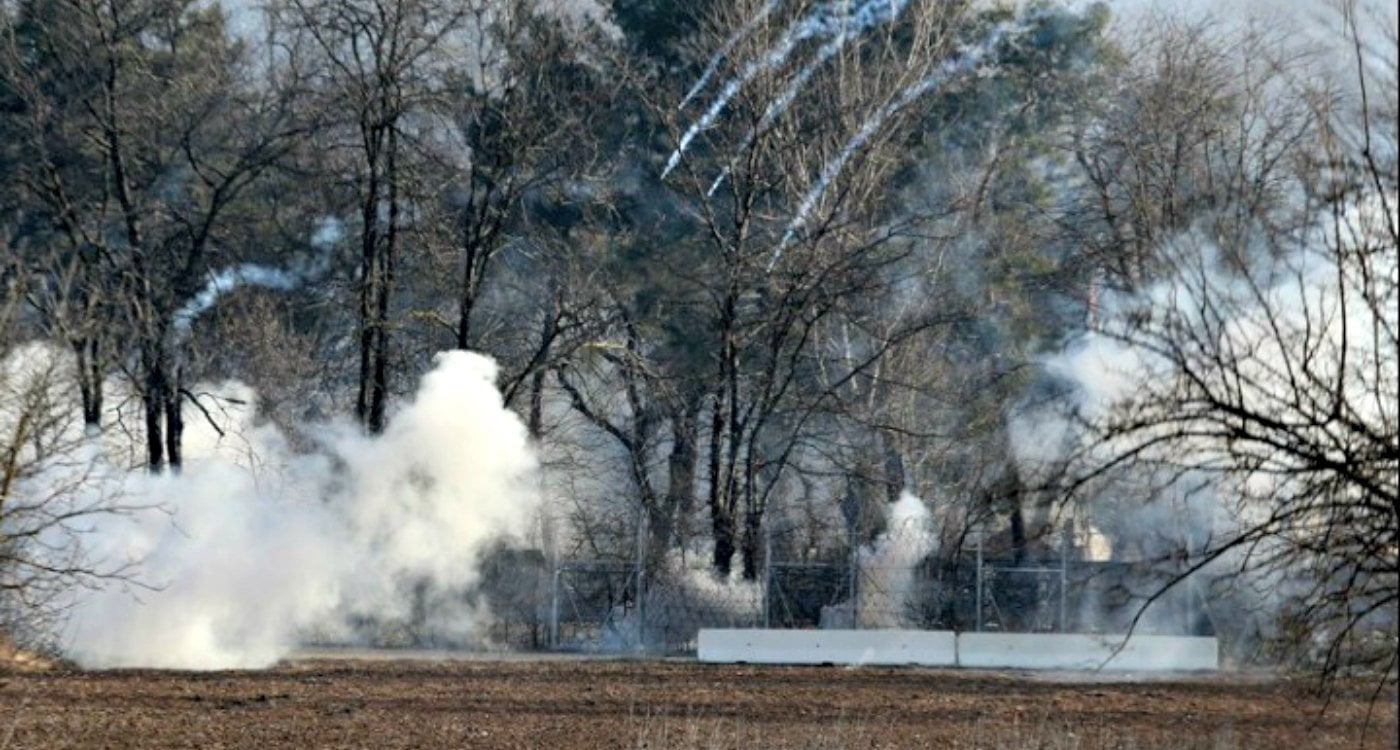 According to an announcement of the Turkish Ministry of Interior the land borders of Greece and Turkey have been closed since midnight on Tuesday, March 17, due to the COVID-19 coronavirus. Even though they initially seemed to be relieved on March 18, the well-known incidents in Kastanies of Evros started again in the following days. On Sunday, March 22, new incidents took place by a large number of people gathered on Turkish soil in front of the Kastanies customs office. The incidents included attacks on the Greek authorities via throwing of tear gas and stones, in another desperate attempt to violate the country’s borders.

From 11:30 onwards and in short time intervals until the afternoon, the Greek forces guarding the border fence received a large number of chemicals from the Turkish authorities, while they repulsed all attempts to enter the country illegally.

A group of people from the Turkish side caused damage to a small part of the fence, in another attempt to destroy it. The fence was immediately repaired by the Greek authorities.

“DAVID” modified fire fighting tank also arrived in the area in order to assist in guarding the borders. “DAVID” is a specially modified Leopard-1A5 type tank, featuring a tank capacity of 12.5 tons of water and a range of 35 meters from the installed lumen on its roof. The Greek Army has 3 fire fighting tanks, “DAVID”, “OLYMPUS” and “DEYLALION” especially modified by 304 Forward Base Plant of the Greek Army. The tanks are certificated for fire fighting service and have the ability to operate in rough terrain for firefighting. These tanks are allocated each in one of the three battle tank’s shooting ranges in Litochoros, Xanthi and Lesvos