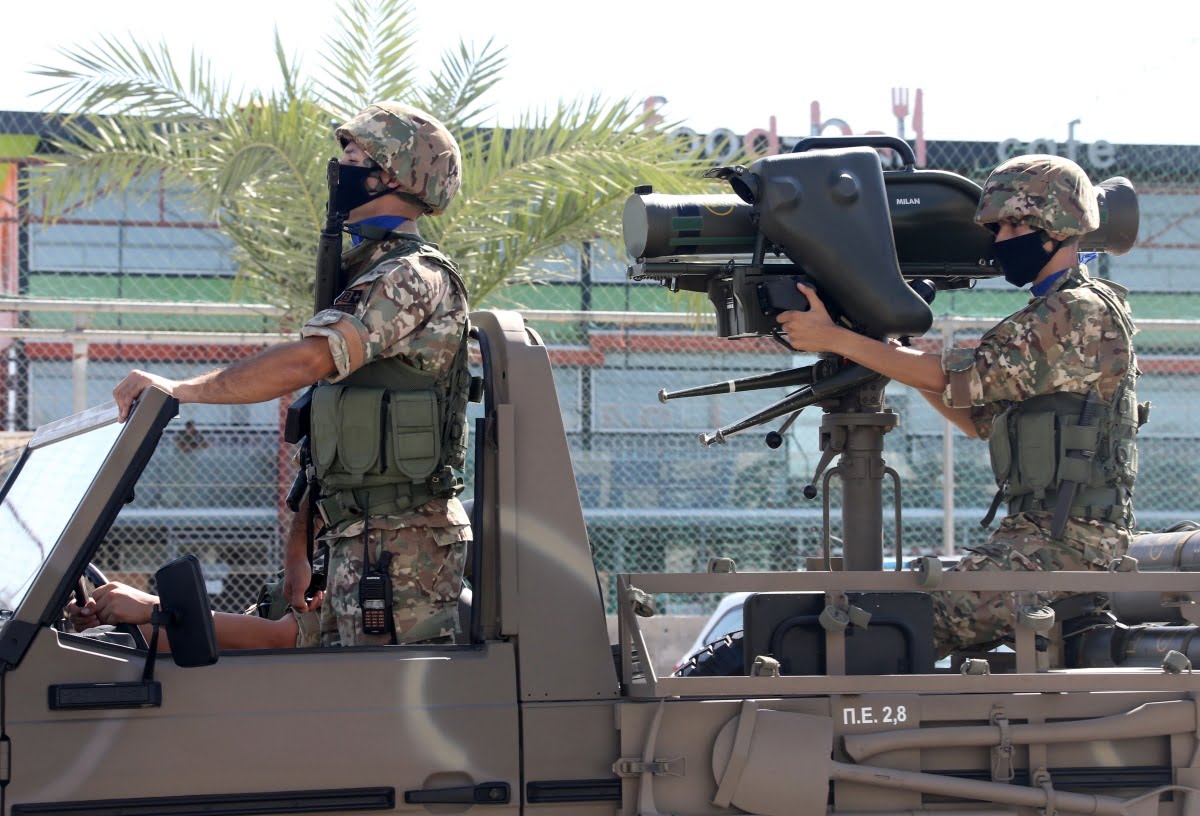 The “European Researchers’ Night” aims to familiarize the public with the world of science and research and at the same time to strengthen the public image of researchers, highlighting the important role they play in society.

More than 1,500,000 visitors from 350 cities across Europe attend the annual Science and Research Festival, which was established in 2005 as a European Commission initiative and is funded by the Marie Sklodowska Curie Actions (MSCA) Foundation under the European Research and Innovation Program.

“Researchers’ Night” has been organized in Cyprus since 2006 by the Research and Innovation Foundation, in collaboration with the main contributors to the research and innovation of the island (Public and Private Universities, Research Centers, Non-Governmental Organizations, Businesses, etc. ).

In this year’s event called “European Researchers’ Night – ENGAGE”, participate dozens of pavilions of technological institutes, universities, and scientific institutes, and among them is the Ministry of Defence of the Republic of Cyprus, which presents the policy of the Ministry for research and innovation in defence and security.

The strategic aspirations of the Ministry of Defence are the creation of a culture with an appeal to research and innovation, the adoption of Innovation Cycle procedures “reflection, experimentation, evaluation, selection, implementation, benefit assessment”. It also aims to produce exploitable innovation products in the field of defence and security, participate in international collaborations and absorb financial opportunities.

In its presentation, in the “Researchers’ Night”, the Ministry of Defence presents the proposals in which it participates, within the framework of the European Union program, HORIZON 2020, in matters that are related to its operational interest and mainly concern dual-use technologies.

The Ministry of Defence participates as a partner in the ongoing ISOLA – Innovate ve & Integrated Security System on Board Covering the Life Cycle of a Passenger Ships Voyage. This is a project aimed at creating tools and services (use of sensors), which enhance the safety of a ship, through the best possible awareness.

The project, which deals with technology development issues for ship safety, started on 23 Sep 2020, it has a duration of 36 months and a total budget of € 7,006,081.25. The coordinator of the project is the French Airbus Defense and Space sas.

The MoD also participates as a partner in the Mari – Sense project (Maritime Cognitive Decision Support System) through the RESTART Program 2016-2020, which is the current multiannual development framework of Programs for Support of Research, Technological Development and Innovation in Cyprus.

In the presentation of the Ministry of Defence, reference is also made to the European Defense Fund (EDF), which has been included in the new multiannual financing program of the European Union 2021-2027 where it is expected that 7.95 billion will be allocated for research and development in the field of defence.

The projects will receive funding of approximately € 10 million. The Ministry of Defence will co-finance the participation of Cyprus companies in all 5 programs with € 154,500 euros. At the same time, these 5 programs approved with the invitations of 2019 are being implemented.

In detail, the programs in which Cyprus companies participate:

The JEY-CUAS program concerns the design and development of a system for dealing with mini drones, the use of which has increased sharply for defence purposes. It will help to optimize situational awareness and improve the reaction time to deal with them.

The program, coordinated by the Italian company LEONARDO SPA, will have a duration of 24 months with a total cost of € 15,003,473.08, while it will be funded from the European Union with € 13,500,000.00. Companies from 14 countries participate in it, among them the Cyprus company SIGNALGENERIX LTD.

The HERMES program concerns the development of an advanced information management system for the protection of autonomous military systems from cyber threats. It is coordinated by the Estonian company GT Cyber ​​Technologies and will have a duration of 24 months with a total cost of € 2,500,000 and funding from the European Union € 2,500,000. Companies from 4 countries are participating, including the Cyprus company eBOS Technologies Limited.

Coordinated by the Greek company ETME PEPPAS KAI SYNERGATES EE, it will last 42 months with a total cost of € 19,469,437.57 and will get a funding of € 12,796,545.80 from the European Union. Companies from 7 countries are participating, including the Cyprus companies CY.RIC LTD and SIGNALGENERIX LTD.

The FIRES program concerns the study and preliminary design of the next generation of 155 mm artillery and missiles (increase in range and remote control capabilities). Coordinated by the French company NEXTER MUNITIONS, it will have a duration of 24 months with a total cost of € 3,497,245.19 and funding from the European Union with € 3,497,245.19. Companies from 12 countries are participating, including the Cyprus company ADDITESS LTD.

The AI4DEF program aims to develop a cloud computing platform and the application of artificial intelligence (AI) technology in military applications, to improve situational awareness, decision-making, and mission planning.

Coordinated by the Danish company TERMA A / S, it will have a duration of 36 months with a total cost of € 7,089,429.55 and funding from the European Union € 5,699,954.71. Companies from 10 countries are participating, including the Cyprus company EIGHT BELLS LTD.

The objectives of the “ATHENS-2019” Initiative were:

Nine proposals were submitted of which the first two were selected for implementation:

Officers of the National Guard proceeded to the design and implementation of remarkable programs – innovative applications. Indicatively, Original Cyber ​​Defence Devices, Anti-tank Weapon Simulators as well as Software for combat systems have been created.

This is an original work for Cyprus, which was implemented in the 1st Cyber ​​Security & Cyber ​​Defence Marathon 2020 by two officers of the Hellenic Armed Forces with great prospects for improvement.

This innovation, as you can see below, will contribute to personnel training, as anti-tank personnel will be able to be trained in a simulated environment by performing virtual shots on fixed or mobile targets.

A remarkable feature of this innovation is that the gunners can be trained and evaluated at the same time in stability, speed, and accuracy.

“ARGOS” is a Management and Control system that is implemented with the development of a data network. Through it, airborne positions and ground force positions can be monitored, information can be transmitted, targets can be pointed out, etc., in real-time.

It was developed by a team of Air Force Officers on a voluntary basis and after being presented to the leadership of the Hellenic Air Force, the creation of a Research and Development team in the Air Force Command was approved with the sole purpose of its continuous development and improvement.

Conversion of a general-purpose vehicle 8T MAN to a special vehicle EOD / C-IED in order to meet the requirements of explosive ordnance disposal and improvised explosive devices. For its modification, a special study and cooperation were carried out between the Engineering and Technical Directorates of the National Guard General Staff (GEEF) and external collaborators.

The vehicle, among other things, has a light-shielding, infrared camera, and a generator that provides the vehicle with full autonomy in the operation of the equipment and all electronic systems.