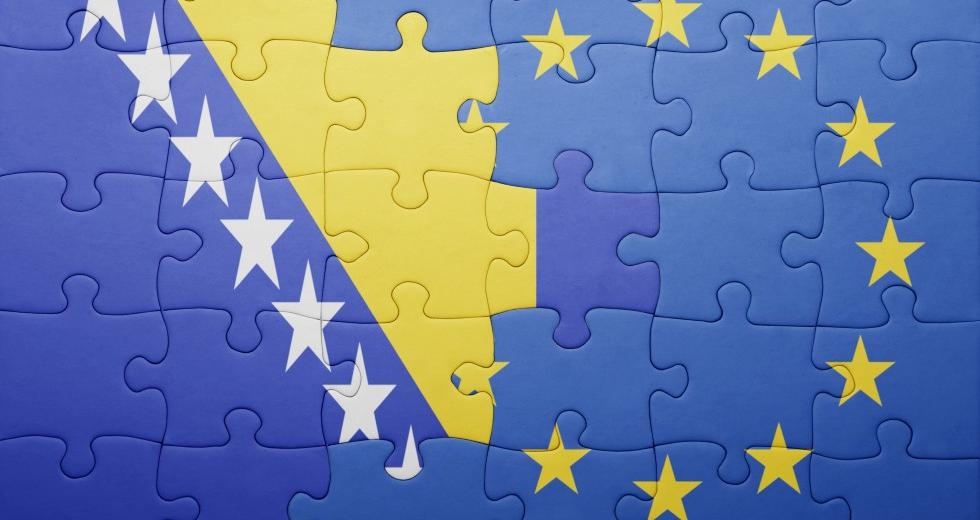 The Foreign Ministers of the European Union approved on Tuesday the candidate status of Bosnia-Herzegovina.

According to diplomatic sources cited by AFP, the decision is expected to be formally ratified by the heads of state and government during the summit on Thursday. Approval of the candidacy puts the volatile Balkan nation at the start of a long road to membership.

Bosnia is still dealing with the fallout from the conflicts during the first one in Yugoslavia in the 1990s, which ended with the Dayton Accords in 1995.

Today the country is based on a complex political system that splits the country into two entities. On the one hand, we have the Republika Srpska (Bosnian Serb Republic), where the Serbs form the majority, and on the other, the Federation of Bosnia and Herzegovina, made up mainly of Bosniaks and Croats.

At the same time, Kosovo will submit a request to join the European Union this week, as its Prime Minister, Albin Kurti, said yesterday. The process is expected to take years, if not decades, and depends on the country normalizing its relations with Serbia.

Albanians, Kosovo’s majority, declared independence from Serbia in 2008 with Western support after a 1998-1999 war in which NATO intervened. Kosovo is not a member of the UN and five EU member-states do not recognize its statehood.

Meanwhile, there’s a flare-up once again as Serb protesters in northern Kosovo have blocked major roads in recent days after exchanging fire with the police, following the arrest of a former Serb police officer amid rising tensions between the authorities and the Serb minority of Kosovo.