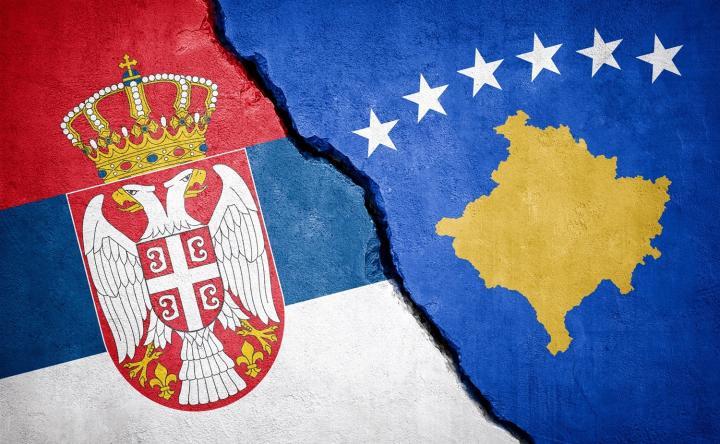 The two former components of Yugoslavia are on a collision course, after the deterioration of the relations between the Serbian community and the leadership of Kosovo.

The latest developments may, however, affect the situation in the Balkans more broadly, as Kosovo is an existential issue for Belgrade, which may cause chain reactions in the region.

The barricades set by the Serbs on Saturday afternoon (10/12) in Northern Kosovo have not been removed, as a result of which roads leading to the administrative border with Serbia as well as the capital Pristina are blocked.

Hundreds of Kosovo Serbs stand by the barricades, protesting for the arrest of a compatriot, a former police officer, who is accused by the Kosovo authorities of terrorist activity, while the Kosovo police reported that unknown persons opened fire on the police in a special forces base in Lake Gazivode, while a patrol of the European Police Force-EULEX was attacked with a stun grenade.

The EU’s foreign policy chief, Josep Borrell, called on the Serbs to remove the barricades and condemned the attacks on EULEX.

The Prime Minister of Kosovo, Albin Kurti, accused Belgrade of inciting the incidents in Kosovo, calling Serbia’s request for a police and military presence in Kosovo a “threat of invasion”.

Serbian President, Aleksandar Vucic, has announced that Belgrade will submit a formal request to the KFOR commander for the return of 1,000 Serbian policemen and soldiers to Kosovo.

Vucic invoked Resolution 1244 of the UN Security Council since 1999, which provides for this eventuality under conditions with the approval of the KFOR command, communicating it to the heads of the five EU countries, including Greece, that do not recognize Kosovo as an independent state.

While there were hopes for a reconciliation with European intervention in the Kosovo region, the last few days have brought the situation to a breaking point in the north of the country. The previous period was the peak of the Kosovar leadership to try to impose its sovereignty on the territories, where the Serbian population resides.

November was the deadline given by the Kosovo government for Serbs to issue state license plates on their cars, replacing those issued by Serbian structures in the country.

The reactions of the Serbs of Kosovo intensified as they are not willing to accept the authority of a state they consider illegitimate. Scores of Serbs resigned from their positions in the police, courts, and state apparatus, heralding the escalation of their reactions on the streets.

The intervention of the European Union to reduce tensions has not yielded the desired results. The Serbs refuse to leave the barricades they have set up to block Kosovar cities.

The concern is intensifying about the attitude of the state of Serbia, as in Belgrade the fate of their compatriots in Kosovo is a key issue, since it cannot accept either the independence of Kosovo or the mistreatment of Serbs in the country.

Unless Serbian security forces return to Kosovo, which is unlikely to happen, Belgrade will raise the tone to make the Kosovo issue an international issue of violation of its territorial integrity.

In the event that violence breaks out in the Kosovo provinces in the meantime, nothing can be ruled out at a time of rapid change in the European continent.