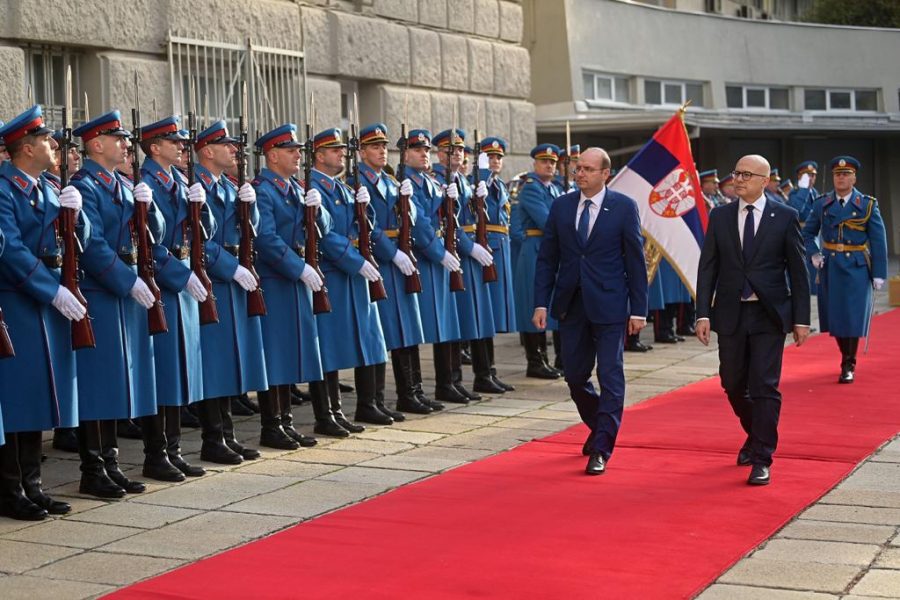 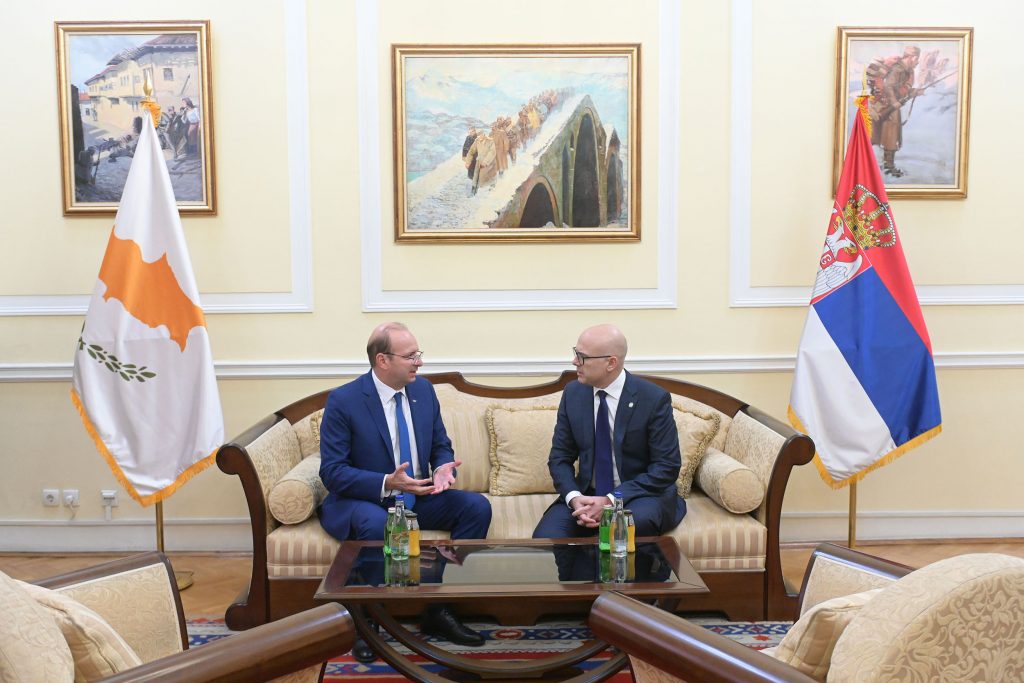 Among the issues discussed between the Ministers of Defence of the two countries was the interest of Cyprus in weapon systems of the Serbian defence industry and the interest of Serbia in systems owned by Cyprus. Mutual support in matters of territorial integrity and sovereignty was also emphasized. 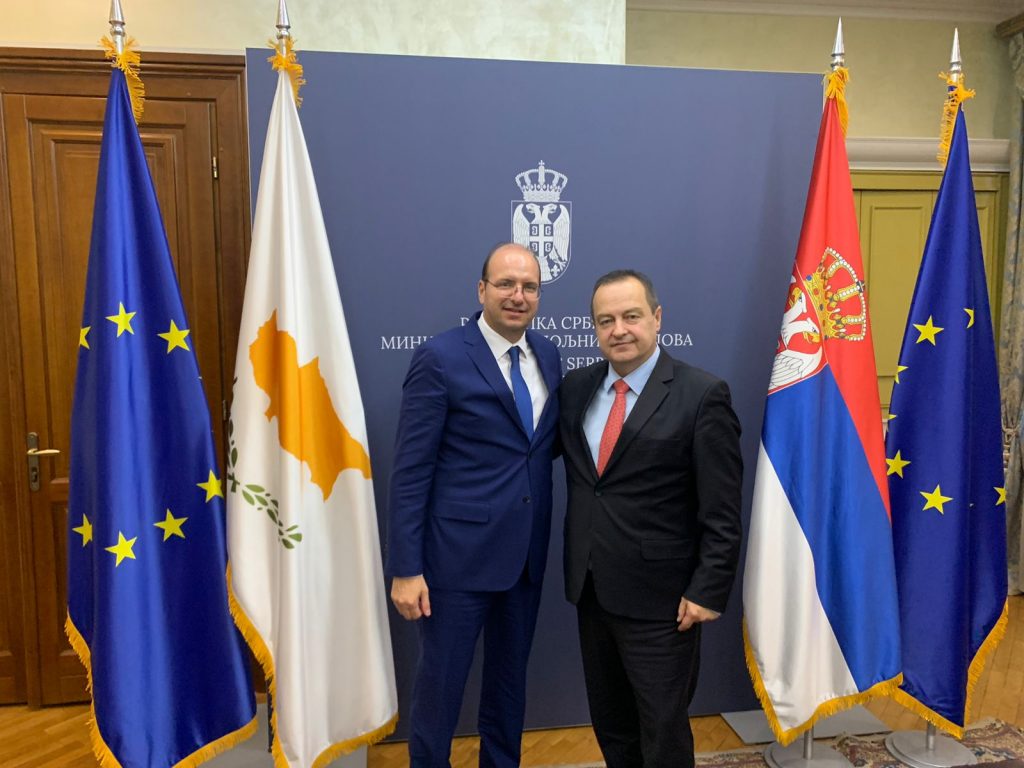 According to the Defence Ministry of the Republic of Cyprus, the two Ministers held discussions concerning the relations of the two countries in the field of Defence and Security, the current developments in the Eastern Mediterranean and the wider region of the Western Balkans as well as the ongoing war in Ukraine. Mr. Petridis also expressed the support of the government of the Republic of Cyprus in Serbia’s accession process to the European Union.

In a relevant announcement, the Ministry of Defence of Serbia mentions, among others, that one of the important topics on the agenda was cooperation in the field of defence equipment. The Serbian Defence Minister stated that he is confident that the relations between the two countries in this field will be further strengthened in the coming period, while he stated that the trade between the two countries will be essential in the military-economic and military-technical fields. It will be a two-way street, he stressed, that will contribute to strengthening the defence capabilities of both Armed Forces, to the satisfaction of both countries.

Moreover, the Serbian Foreign Minister thanked his Cypriot counterpart for the opportunity to present the positions and expectations of the Serbian side on defence equipment, with the aim of formalizing and concluding commercial contracts which, according to him, have a strong impact on the defence capabilities of both countries. 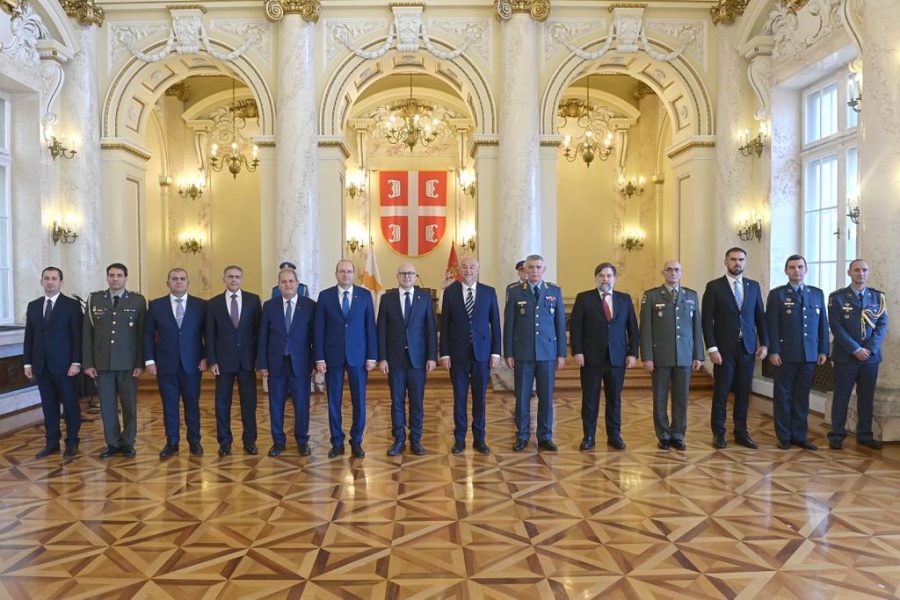 The Serbian Defence Minister also stated that this particular visit is much more than an official meeting; it is a confirmation of the decades-long friendship between the two sides. Mr. Charalambos Petridis, in turn, stated that the fact that he is the first Minister of Defence to make an official visit to Serbia after the formation of the new Serbian government is proof of the traditional bond of friendship and cooperation between Cyprus and Serbia.

Reference was also made to Serbia’s participation in the United Nations Peacekeeping Force in Cyprus. The Serbian Defence Minister stated that they are proud to be part of the family of states whose soldiers and police officers protect and take care of the safety of the citizens of Cyprus, stating that he is sure that the citizens of Cyprus make them feel more than welcome. 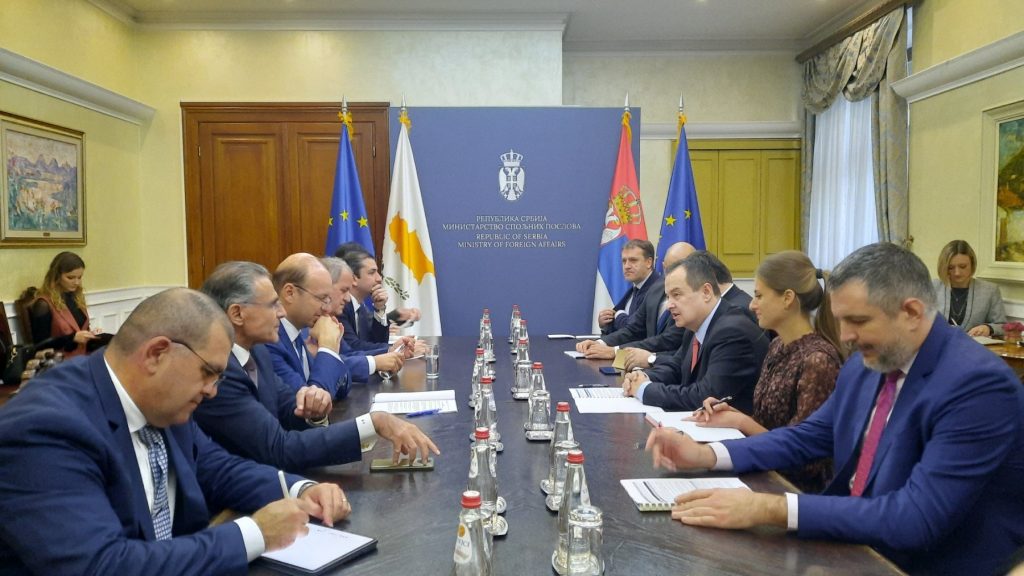 The Serbian Ministry of Foreign Affairs reports that during the discussions between the Cypriot Minister of Defence and the Serbian Minister of Foreign Affairs, it was emphasized that they are ready to further strengthen the cooperation between Cyprus and Serbia in various fields, while mutual support for the sovereignty and territorial integrity of Serbia and Cyprus as well as support for Serbia’s European accession process were also discussed.

As the Defence Ministry pointed out, in all the meetings Mr. Petridis referred to the security situation in Cyprus, with an emphasis on the increasing Turkish provocation which is a source of instability.