INTERNATIONAL RELATIONS
Serbian Minister of Foreign Affairs | “Serbia consistently supports the territorial integrity of Greece both on land and at sea”
Defence Redefined
Published on 10/09/2022 at 15:04 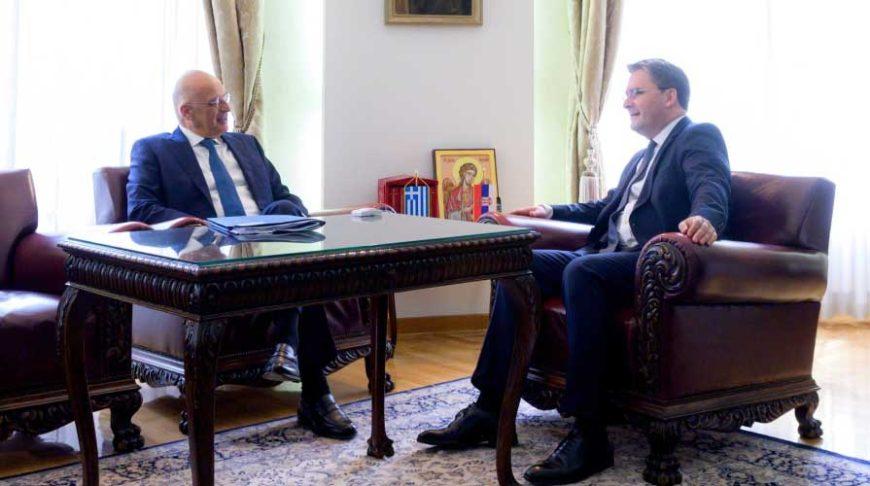 Foreign Minister, Nikos Dendias, met yesterday in Belgrade with his Serbian counterpart, Nikola Selaković, with whom they discussed issues of bilateral cooperation, but also matters concerning stability and security in the wider region.

According to the press release issued by the Serbian Ministry of Foreign Affairs, it was agreed to further strengthen bilateral relations by holding high-level regular contacts as well as by participating in tripartite schemes that will include Cyprus and North Macedonia.

During the meeting, emphasis was placed on the European perspective of the Western Balkans and Mr. Dendias assured that Greece will continue to provide any assistance required for the European integration of Serbia.

As stated in the Serbian communique, Nikola Selakovic assured the Greek Foreign Minister that Serbia consistently supports Greece’s territorial integrity both on land and at sea.

The issue of Kosovo was also the subject of the talks between the two Ministers, where Nikola Selaković informed Mr. Dendias about the developments, arguing that Pristina’s behavior is undermining any attempt to resolve the issue.

Mr. Selakovic pointed out that in terms of the Kosovo issue it is very important that Greece continues to support the territorial integrity and sovereign rights of Serbia.