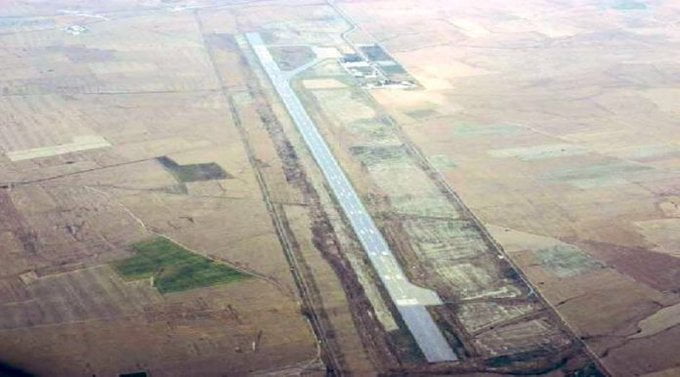 A Turkish base for unmanned aerial vehicles (UAVs) operates in the occupied areas, said Turkish President Tayyip Erdogan, adding that “we must be powerful in the event of any attack in the region.” He also said that on July 20 the occupied areas will give the required message to the whole world.

Speaking to young people in Turkey on the occasion of Youth Day, the Turkish President said that “Turkey is not limited to 780 thousand square kilometers, for us Turkey is everywhere,” adding that this is the reason why they are taking steps in Palestine, Cyprus, the eastern Mediterranean and Iraq.

Tayyip Erdogan said that Turkey currently has 5 drilling rigs and survey vessels and does not need anyone. “We have done this at such a good time that we have managed to win these ships for our country. Now we hope to have good news, do not be surprised if you hear the news about oil and gas soon,” he said. After all, from the moment they receive this news, he said, “people will change their view of Turkey. In this respect, people are jealous of us right now and they are right to be jealous of us. Let them be jealous. Southern Cyprus and Northern Cyprus? Why are they bothered? Because our ships are there. Our friends made a statement the other day.”

Also read:  The threat of the Turkish MAM-L missiles and their proven effectiveness – VIDEO

He also added that he will be in Cyprus on July 20 and from there “I will give the required message to the whole world, that is why I will be in northern Cyprus. Because the messages we give to Northern Cyprus are not only of interest to the island, but the whole international community and if you do not show that determination and not have this attitude, you will not be taken seriously,” the Turkish President said.

He added that “now there are two airports in Cyprus, one is Ercan (the illegal airport in occupied Tympou), which is known to all my citizens in Turkey, and one that used to be there, now under a new name (the airport in the occupied Lefkonikos), where we transport our UAVs (i.e. Bayraktar TB2).”

Why do you think we move them so much, he asked. “Because in case there is any attack in the area, we have to be strong. And to be strong you have to exist in every way, in the air, on land and at sea. So, we are powerful? Yes we are. It suffices to leave everything behind. After all, when our planes take off from Anamur, Mersin, when they take off from Adana, where are they next? Right there. The concept of time does not apply for us. So, what is the meaning of all this? To stand strong and have confidence. As Turkey, we do have that,” he concluded.