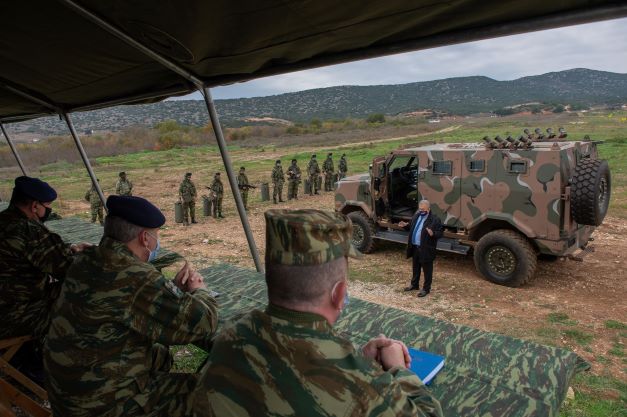 A presentation, demonstration and trial of EODH’s Tactical 4×4 HOPLITE Armoured Vehicle was held before personnel of the Infantry Directorate of the Hellenic Army General Staff.

According to an announcement by EODH, the Greek-designed vehicle was showcased on November 16th before the Director and personnel of the Infantry Directorate of the Hellenic Army General Staff as well as delegations from the 1st Army, the 3rd NRDC-GR, the 2nd Mechanised Division and the 1st Special Forces – Paratroopers Brigade.

The event took place at the headquarters of the 34th Infantry Mechanised Division in the camp “MAJOR PROKOPIDIS THOMAS” located in Assiro, Thessaloniki.

During the event, the officers were informed about the Technical and Operational characteristics of the vehicle as well as its specialised versions the company has developed such as the 81 or 120mm mortar transfer configuration, the anti-tank version with a 20mm gun and a single or double anti-tank SPIKE LR missile, the Command version with multiple communication stations and terminals of the Command Control System “INIOCHOS”, the forward artillery observer, the SPIKE N-LOS anti-tank system -carrier version-, the Ambulance version etc. 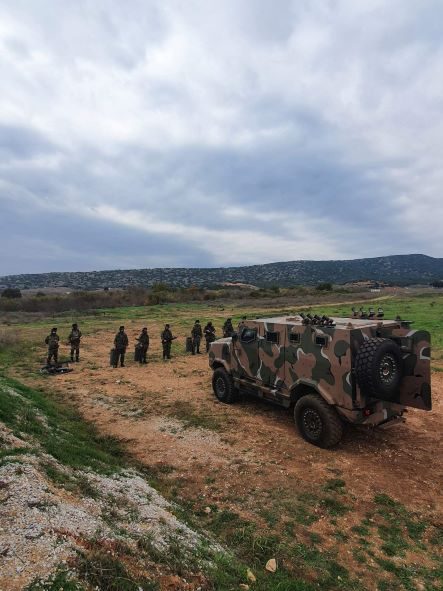 What was of particular interest was the new airborne Special Operations version with a weight of 7.5 tons, open roof and the capability of transporting machine guns, automatic grenade launchers, 60mm mortars and an off-road motorcycle on a special base at the rear.

In the demonstration that followed, the boarding of an 8-member Infantry crew with full equipment and its safe and comfortable transportation at high speeds off-road was demonstrated. 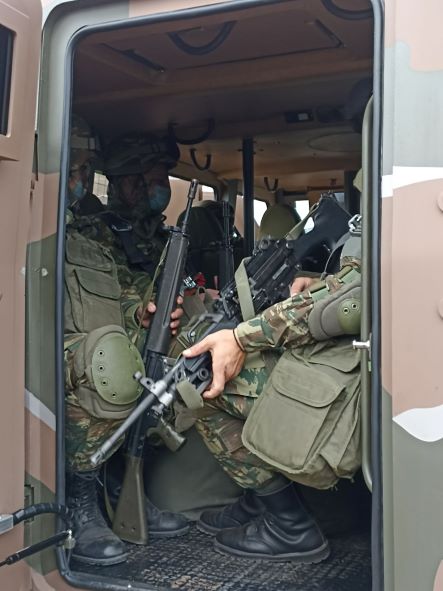 The modular design and the large transport capacity of the vehicle, combined with the pioneering innovations it incorporates, provide the ability to adapt to any operational requirement, harmoniously combining high agility with a top level of protection and sufficient space for each mission. 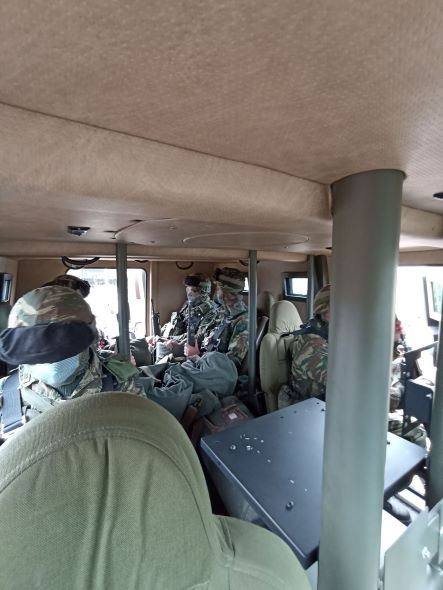