The process of upgrading a sample of 122mm rockets in cooperation with the Serbian company EDePro has commenced by the Hellenic Defence Systems (HDS).

The news was announced by the Deputy Minister of National Defence, Alkiviadis Stefanis, during yesterday’s visit to the company’s factory in Lavrio.

“I accepted with great pleasure the invitation of the CEO of the Hellenic Defence Systems in order to attend, today at the company’s headquarters, an event related to the start of the process of upgrading 122mm rockets, which is carried out in cooperation with the Serbian company EDePro,” Mr. Stefanis said.

In addition, he stressed the government’s goal of strengthening the domestic defence industry, an “action vital to maintaining and enhancing the Armed forces’ operational capabilities.”

Mr. Stefanis stated with confidence that, “the management of HDS has the vision but also the necessary experience so as to seize the opportunity and lead HDS to the next day, developing competitive actions and promoting an innovative, extroverted dynamics of attracting new investors, both in the domestic and in the international environment, taking full advantage of the mechanical equipment, but also the well-trained human resources of the company.”

The 122mm rockets are used by Multiple Rocket Launchers (MRLs) RM-70 and the specific program aims at the drastic development of the capabilities of the Artillery.

In addition to extending the life of the rockets and involving the domestic defence industry, it could lead to an increase in their range, as the Serbian industry has already introduced 122mm rockets with a range of 40km. 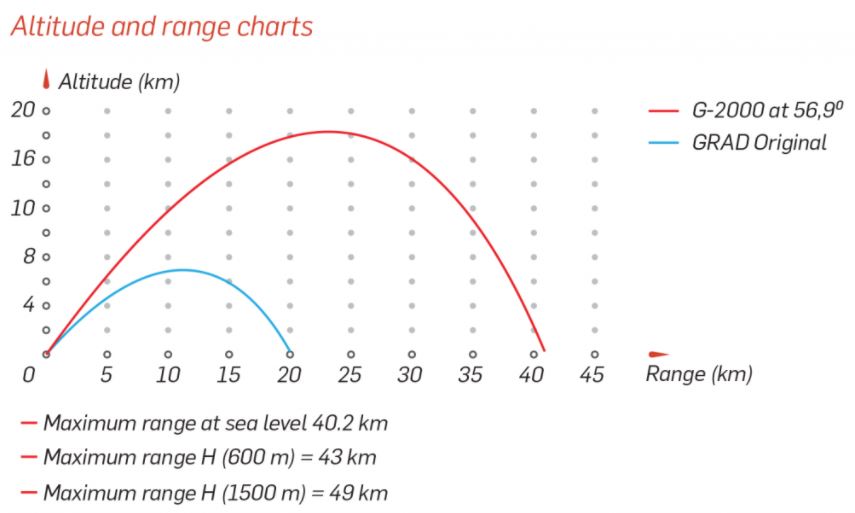 Elevation and range comparison between GRAD and G-2000

The “G-2000” 122mm surface-to-surface rockets, developed by the Serbian EDePro, currently have the longest range on the market, according to the company. 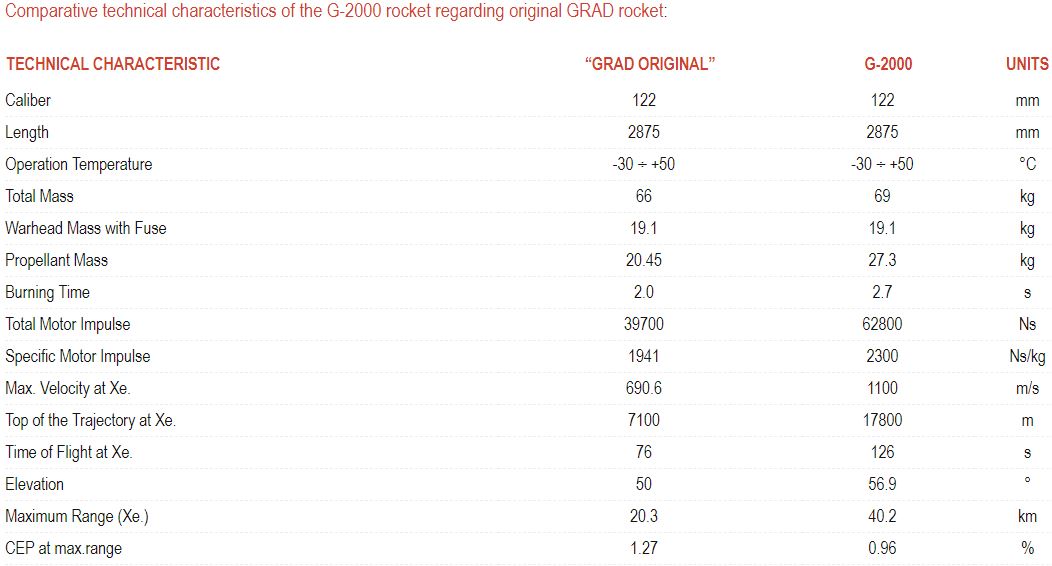 Graph comparing the GRAD missile with the G-2000

The rocket engine has a completely new design. Warhead with fuse the rocket guide and contact cover are identical to the original rocket GRAD

The “G-2000” are fully compatible with self-propelled multi-missile launchers, such as the BM-21 GRAD owned by the National Guard, the Greek RM-70 or similar launchers.