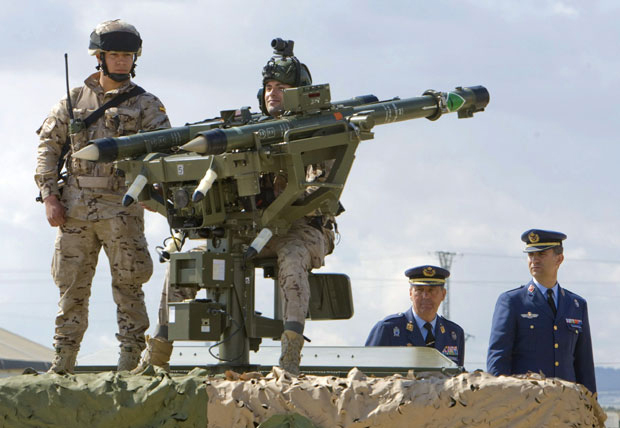 Croatia is proceeding with the supply of Mistral 3 air defence missile systems from MBDA.

On December 9, 2022, the Croatian government announced the purchase of the said French-made systems worth €72 million with the contract in question being signed by Croatian Defence Minister, Mario Banozic, and officials from MBDA France. The first deliveries are expected in early 2024.

At this point, it should be noted that on November 21, 2021, Croatia decided to proceed with the procurement of 12 Rafale fighter jets from France.

These moves are part of the Croatian-French strategic partnership agreement, which was signed in November 2021, so as to strengthen defence cooperation between the two countries.

Simultaneously with the acquisition of French Rafale fighter jets from Croatia, MBDA has already approved a donation of Mistral short-range air defence missile systems for the protection of the Croatian air base, where they will be stationed.

According to MBDA, the Mistral is a man-portable very short-range air defence system (VSHORAD), which can be operated from the ground, various vehicles, from a stationary position or a ship.

The system is currently in service with the French forces, while the National Guard of Cyprus will receive it in the near future. It is noted that, in addition to the Mistral Manpad version, the National Guard is a user of the twin Mistral missile launcher “Atlas”, mounted on 6X6 Pinzgauer vehicles and the Simbad twin launcher onboard the Offshore Patrol Vessel (OPV) “Commodore Ioannidis” and the General Support Ship “Alasia” (see here).

In fact, MBDA also offers the Mistral ATAM (air-to-air missile) variant, which is based on the Mistral short-range air defence (VSHORAD) missile. In addition, the said variant is the helicopter-launched version, as you can read in the following article.

In all cases, the system is characterized by simplicity of operation with a very low crew workload and a high level of performance, while it is rightly described as a multi-purpose system, since it can engage helicopters, missiles, aircraft, unmanned aerial vehicles, but also small surface vessels with a warhead weighing 3 kg, a maximum intercept range of 7.5 km and a speed of 930 meters/second.