Charalambos Petridis | Presentation of the 6 pillars of planning for the National Guard to the Finance Committee
Defence Redefined
Published on 19/10/2021 at 09:00 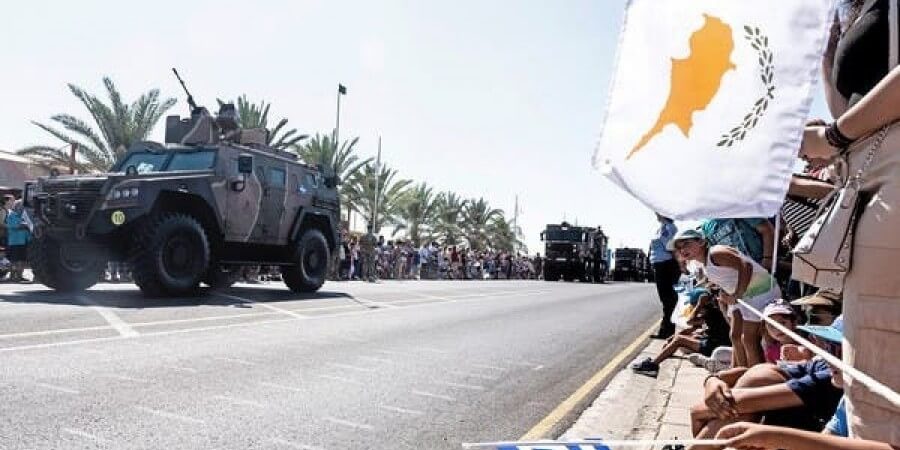 He went on to say that the Turkish intransigence, combined with the growing aggressive stance, necessitates the continuous upgrading of the capabilities of the National Guard, and in this regard, the Ministry has set specific goals for the utilization of resources in the most rational way.

The main pillar of the efforts concerns the actions and the plans for the strengthening of the operational capacity of the National Guard. Within the financial capabilities of the state, the execution of the armament program prepared in cooperation with the National Guard at the highest financial levels of the last 20 years is steadily progressing.

As a second pillar, the Ministry has set the strengthening of defence cooperation relations with other States in the effort to create conditions of security, peace and stability in the Eastern Mediterranean region.

The stable and substantial upgrade of the relations with the US continues since the capability of selling defence equipment that does not fall in the category of lethal weapons has been renewed for 2022, while for the first time, last September, bilateral talks were held at the level of Defence Policy Directors of the two Ministries of Defence.

An important role in this collective effort is now played by the Academy of Security and Defence of the Ministry, which in 2021 successfully organized 3 International seminars, in which civilian-military personnel from EU member states, the Middle East, and the regions of North Africa participated along with the USA.

The third pillar aims at actions and plans for the implementation of innovative and reform actions. Being the competent Ministry for defence innovation, for the first time this year we signed 2 agreements with consortia consisting of Cyprus research institutes and private companies for defence research with funding from their own resources amounting to 900,000 Euros.

The Ministry also participates in European research and development programs of defence capabilities and technology, in cooperation with the other EU Member States. Under the European Defence Industrial Development Program (EDIDP), it has achieved – with the support of the Ministry – the participation of 8 Cyprus companies in 10 programs. In addition, the Ministry has raised € 3 million in funding from the Recovery Fund for capability building in dual-use technologies.

The fourth pillar concerns strengthening the efficiency of financial resources and the Budget. The streamlining of the tendering procedures has already proceeded. The aim is to supply standard materials whose specifications have already been prepared by specialized centers.

The fifth pillar concerns actions for the simplification and improvement of the Legislative and Regulatory Framework with measures for the elimination of the draft avoidance and the modernization of the laws and regulations governing the Army of the Republic and the National Guard.

The sixth and final pillar is the Environmental and Energy policy of the Ministry. The main goal is the installation of photovoltaic systems in the camps of the National Guard. The energy-saving program will hopefully be funded by the European Structural and Investment Funds.

Concluding, the Defence Minister thanked once again the parliamentary committee on defence for its contribution to the whole effort to strengthen the defensive deterrent power of the Homeland.