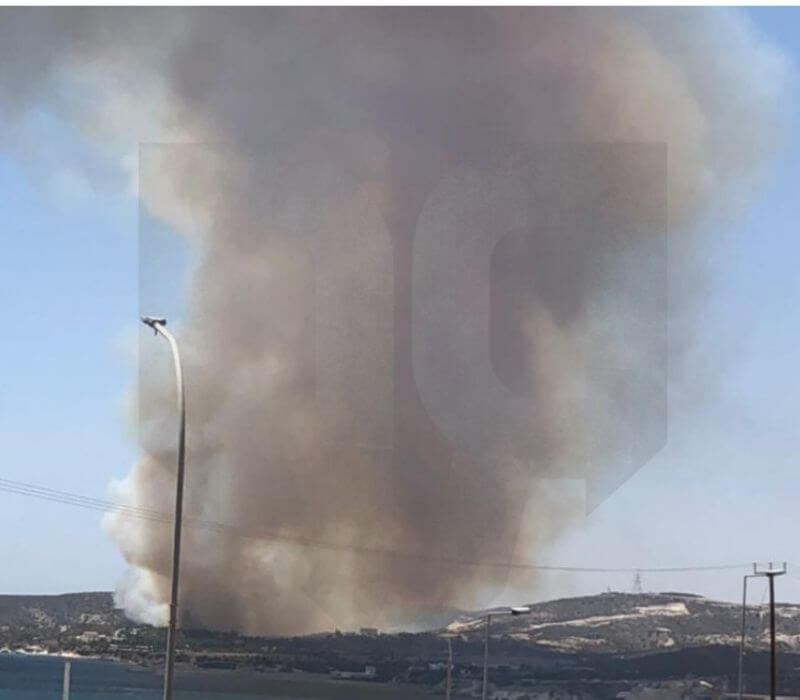 A fire broke out a while ago near the area of ​​Pentakomo, while it seems to be only 2 km away from the Naval Base of Mari. Because of winds blowing northeast, the fire is directed to the nearby fuel terminals.

According to the representative of the Fire Service, Andreas Kettis, the fire broke out near the community of Pentakomo in the province of Limassol, owing to a mechanical problem in a moving vehicle.

The fire is burning low and wild vegetation, while 3 manned firefighting vehicles of the Catastrophe Response Special Unit (EMAK), one from Limassol and one from the Forest Department, as well as the 2 leased helicopters are trying to extinguish it.

According to the latest information, the ground firefighting forces are reinforced with three more manned fire fighting vehicles, two from Limassol and one from Larnaca.